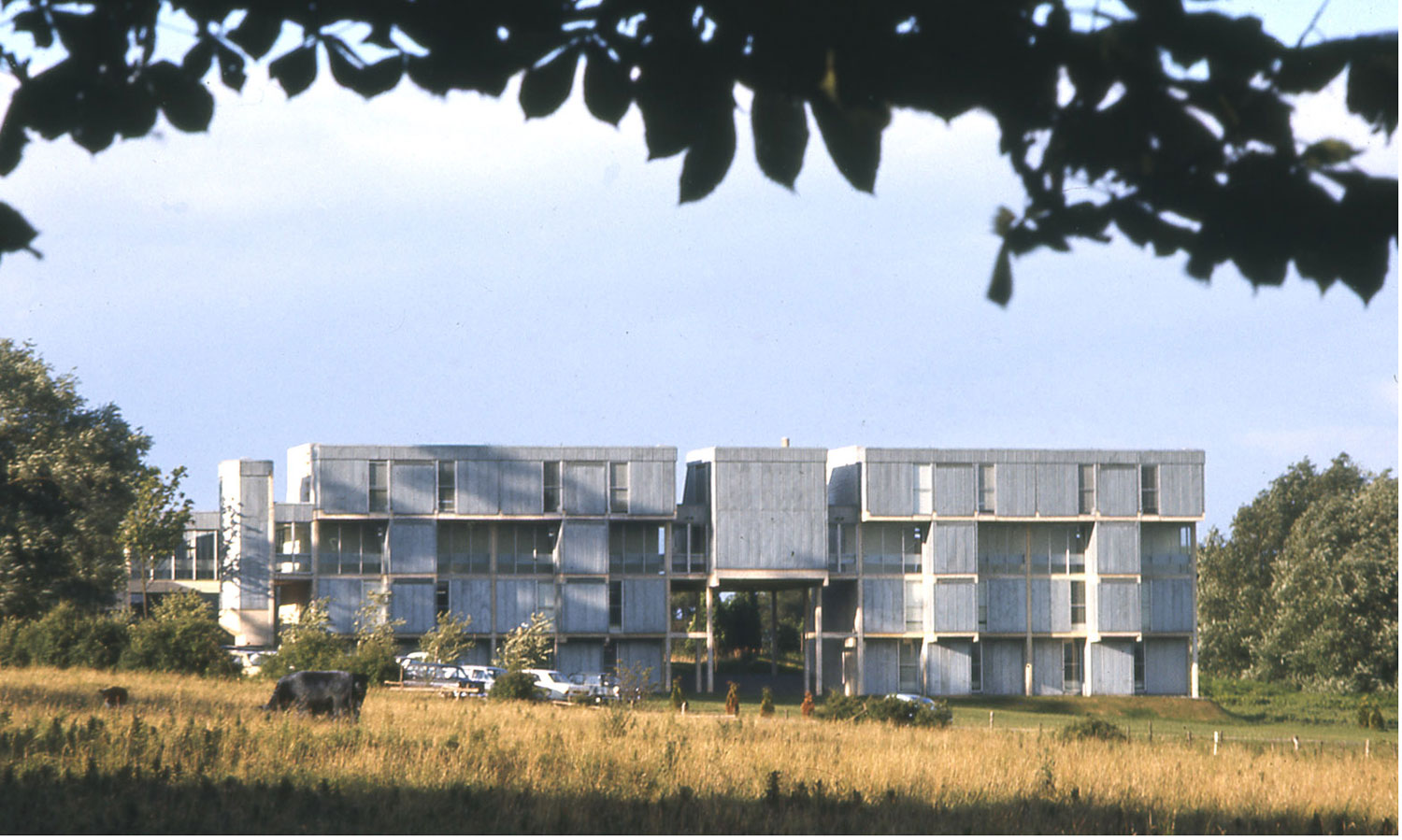 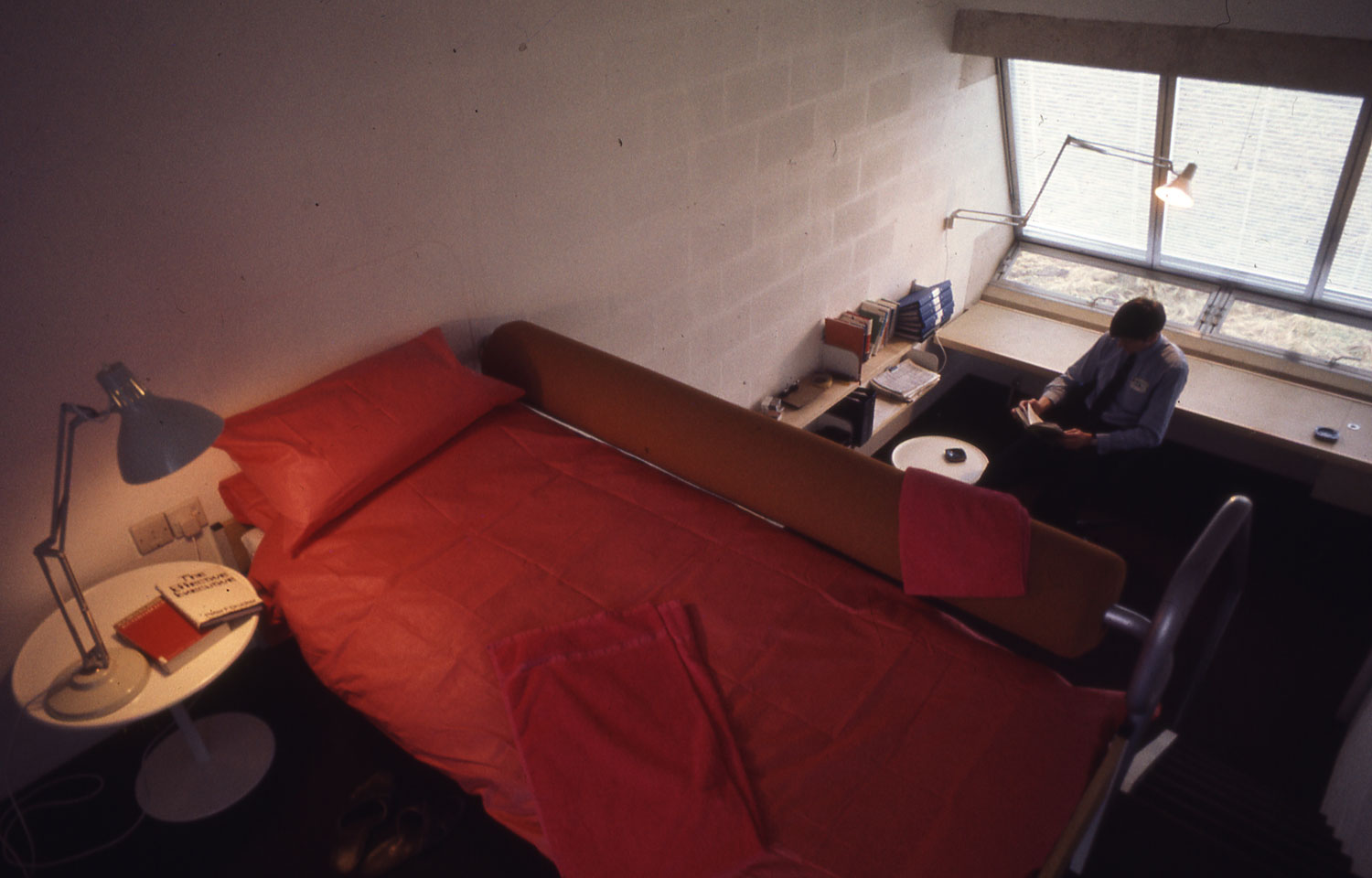 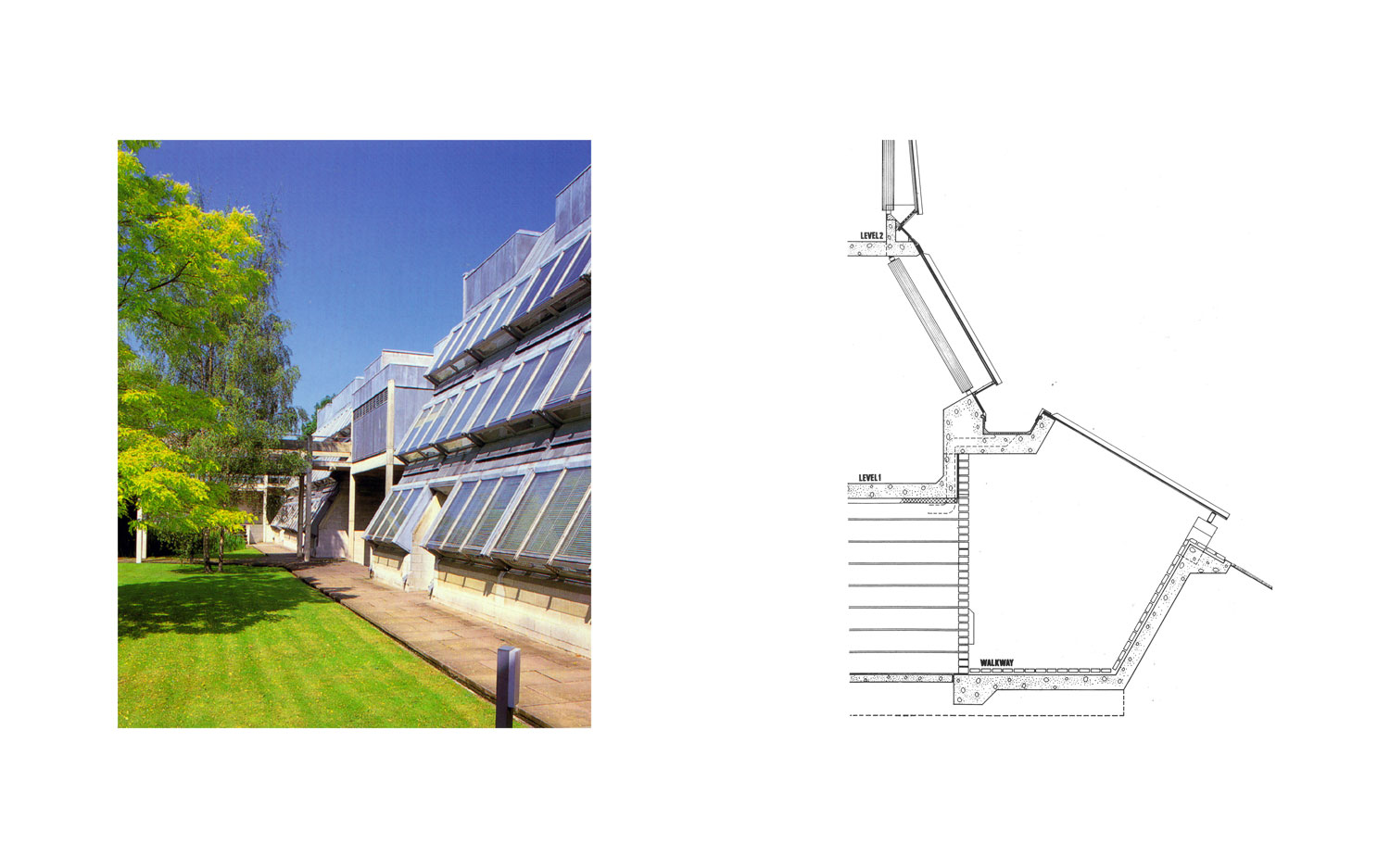 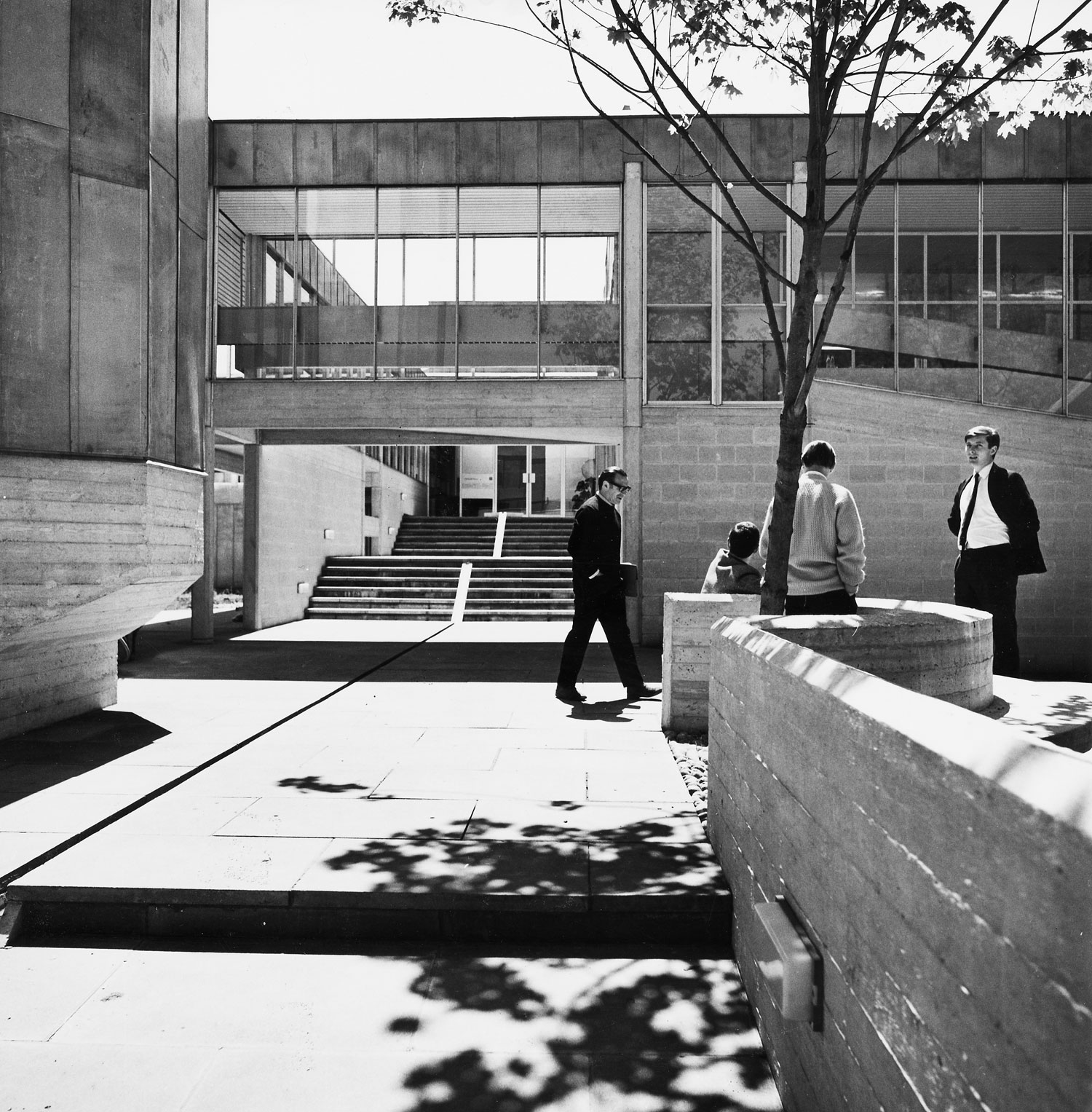 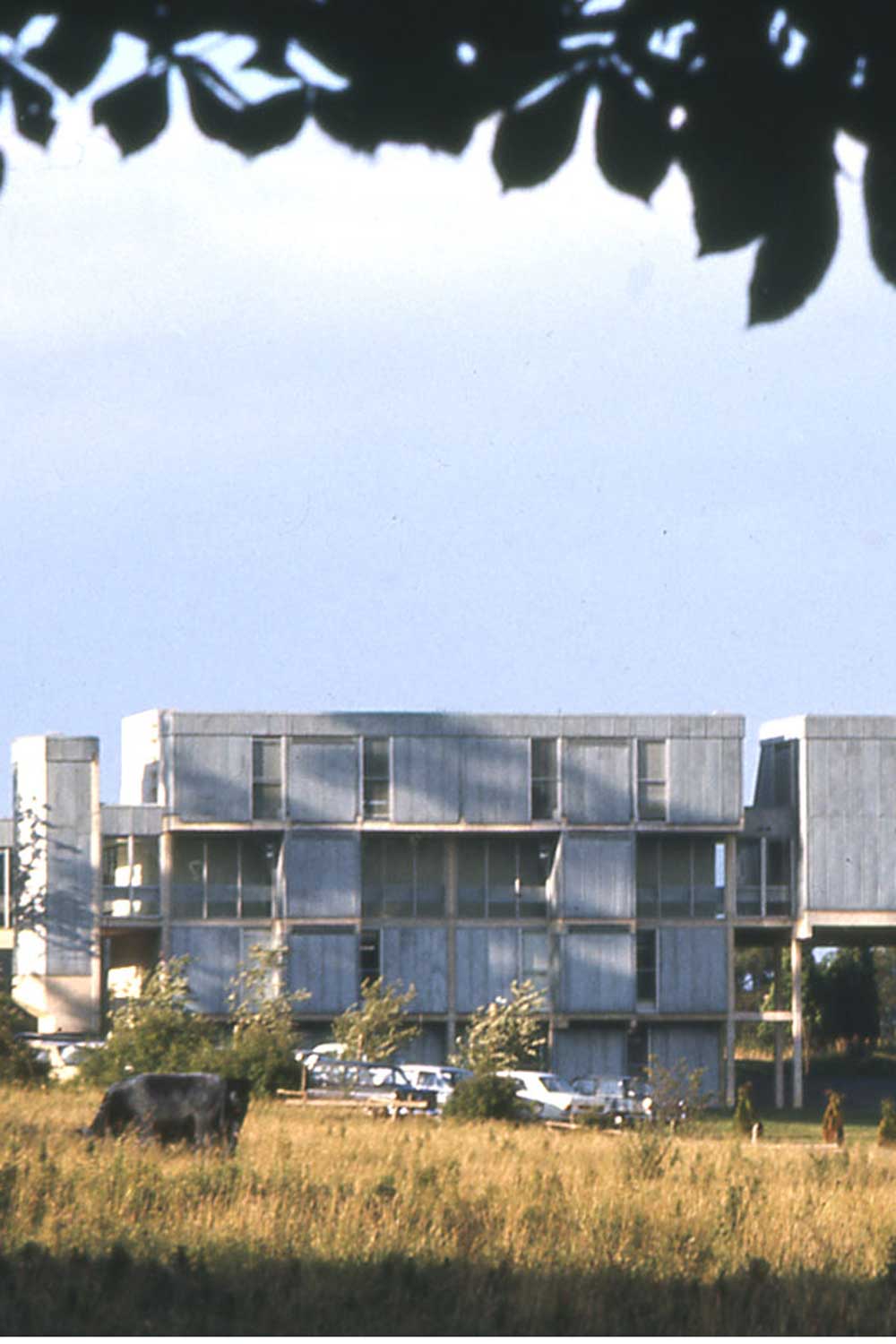 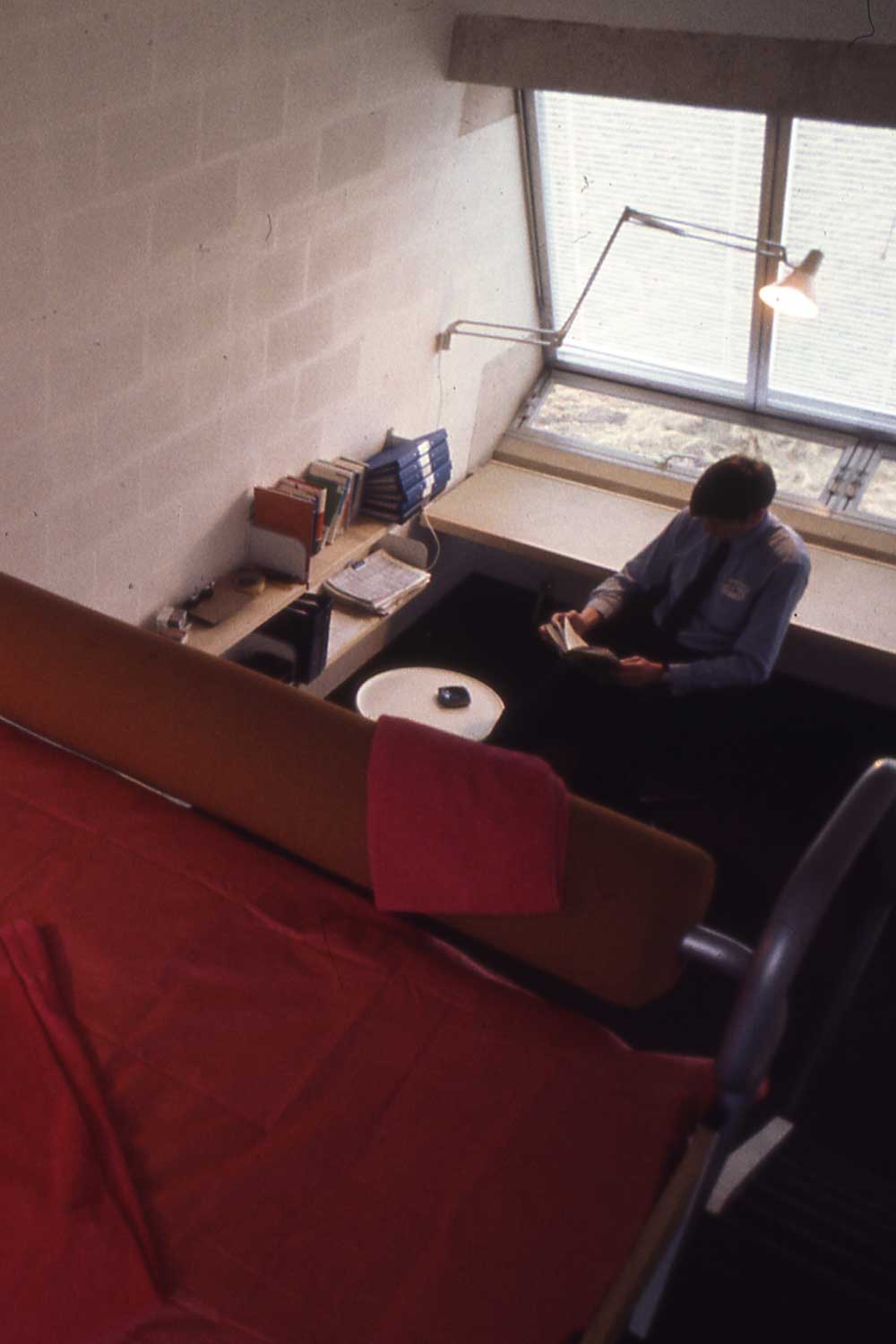 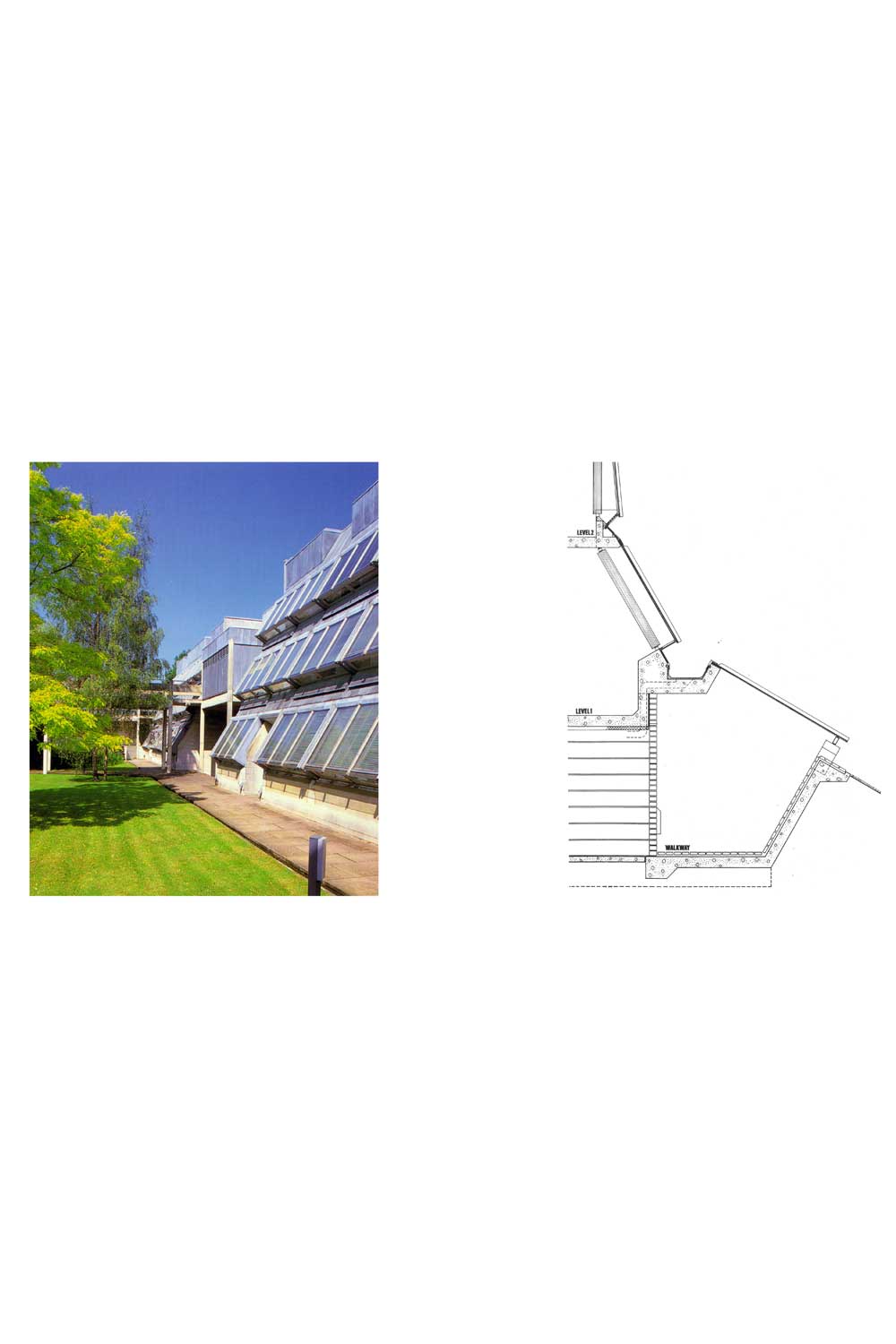 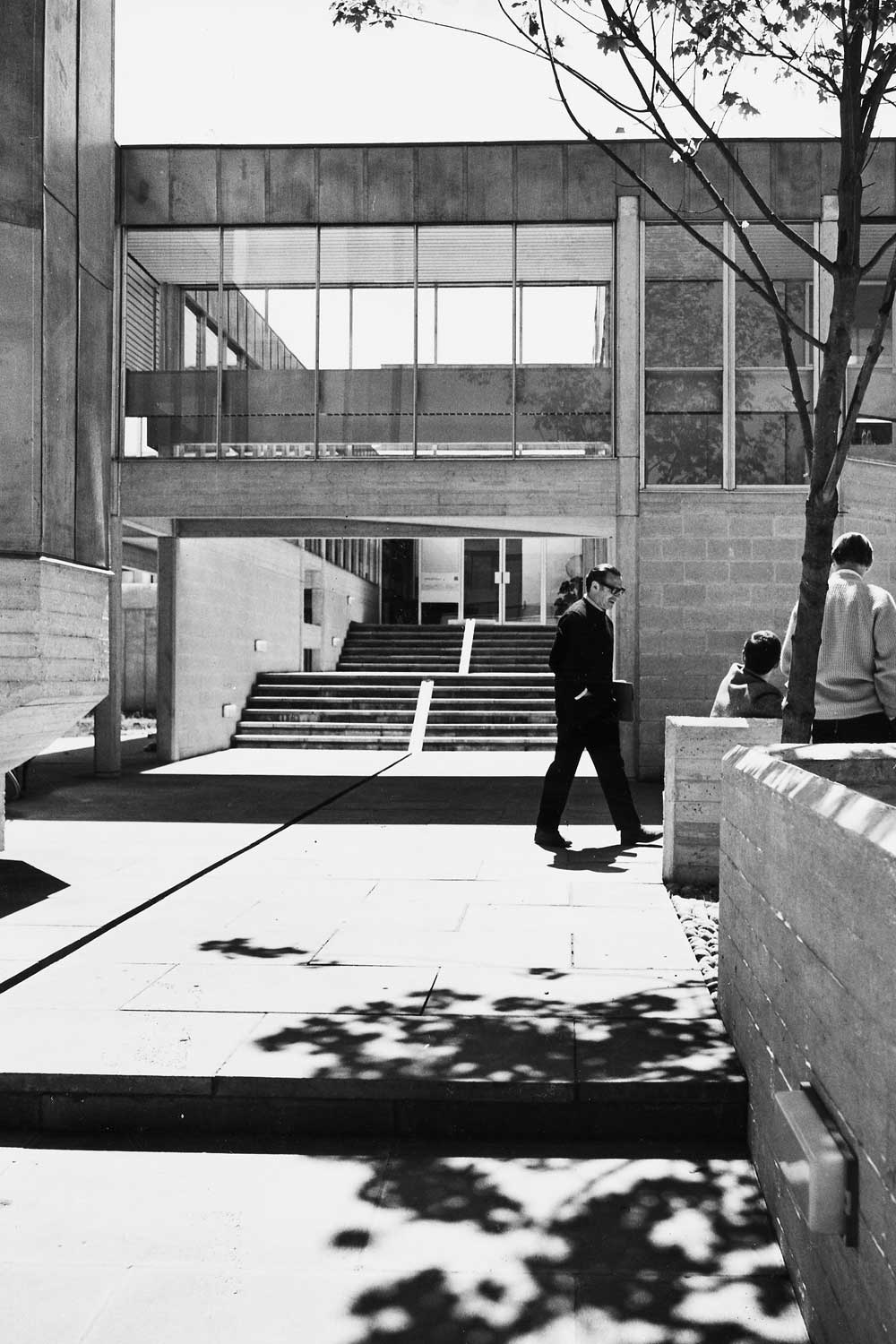 Back to Projects Templeton College, Oxford

The brief for this building called for flexibility and for allowing indefinite expansion. The study/ bedrooms, as well as the teaching rooms and the communal facilities, had to be accomodated in a flexible pattern capable of expansion. As such, seven phases of construction have been completed between 1969 and 1990.

The layout takes the form of a tartan grid, with a diagonal spine forming the axis of growth. Teaching and communal spaces are allocated on the spine, whereas the residential blocks take the form of a zigzag along the perimeter.

The teaching area is designed around a central, double volume toplit space. At high level, a perimeter gallery connects administrative rooms and other teaching spaces.

As well as access from the courtyard, a high level walkway connects the entrance hall with the residential block. The rooms are split level spaces, due to the natural slope in the terrain. One level is for living and studying, the other for sleeping.