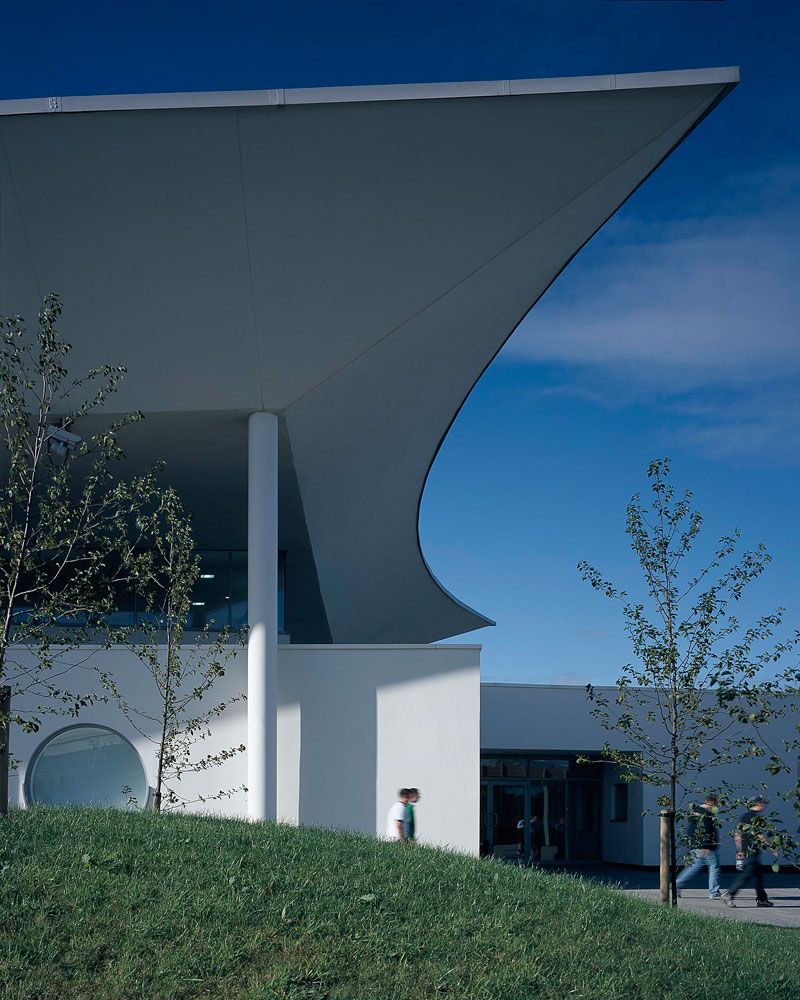 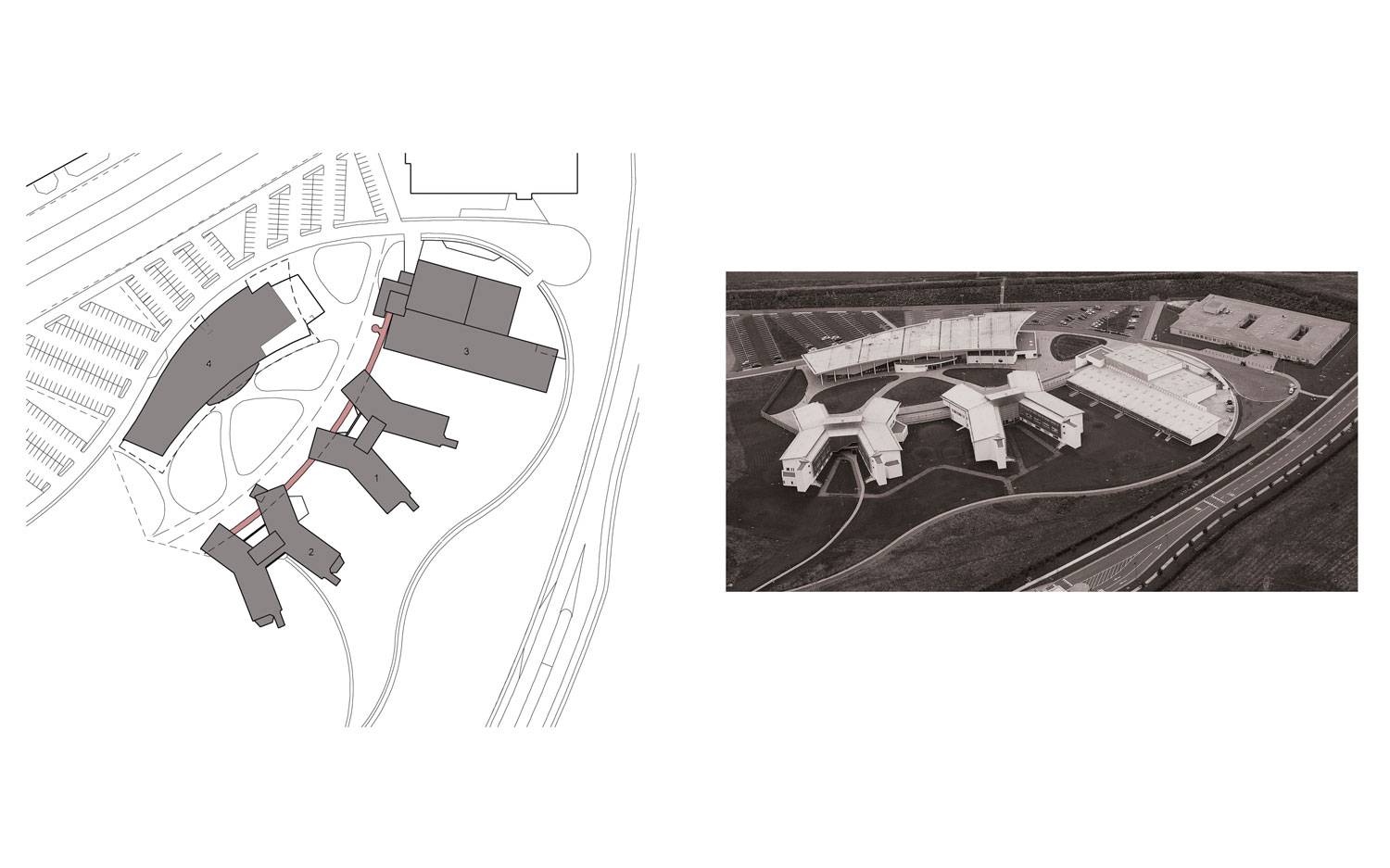 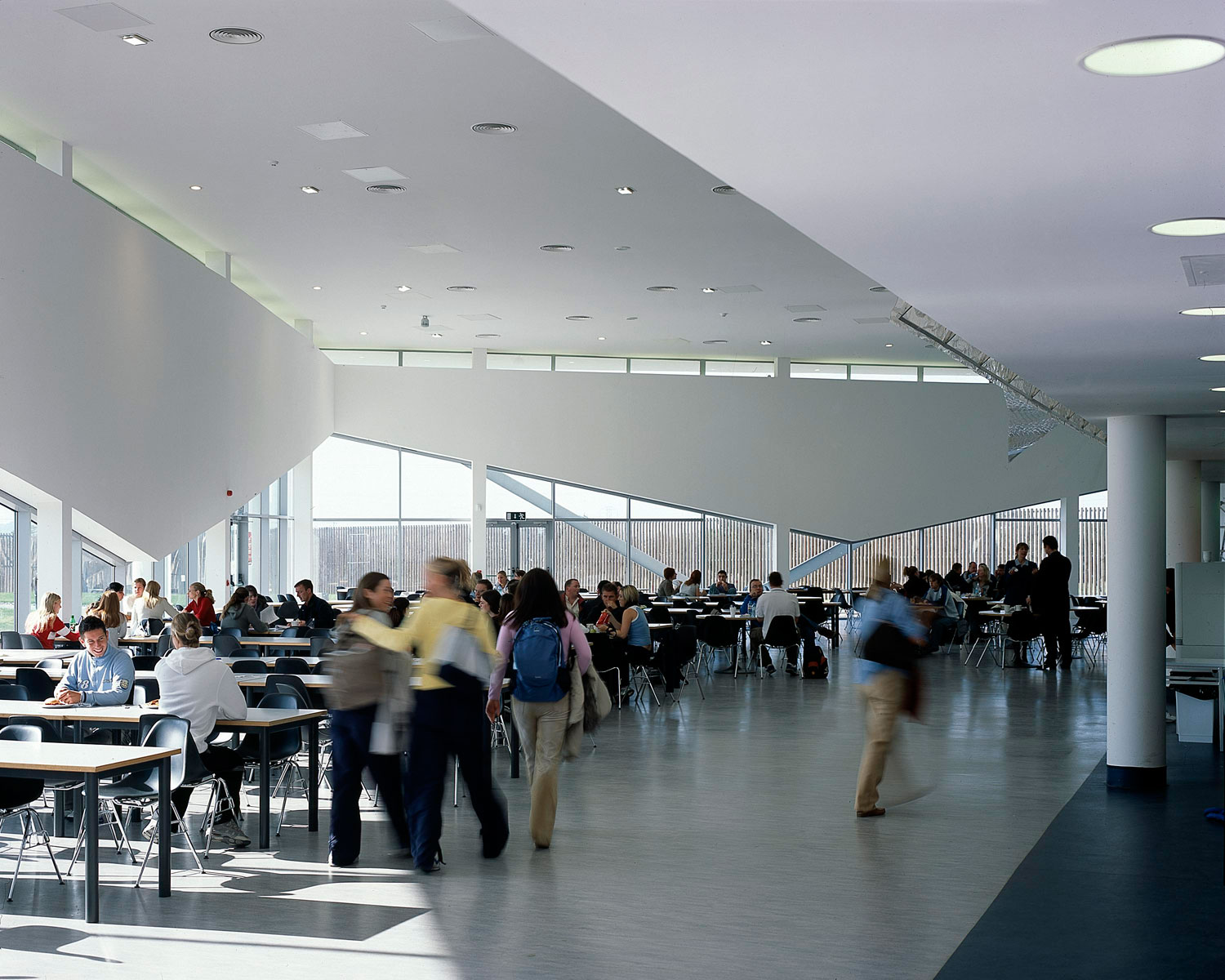 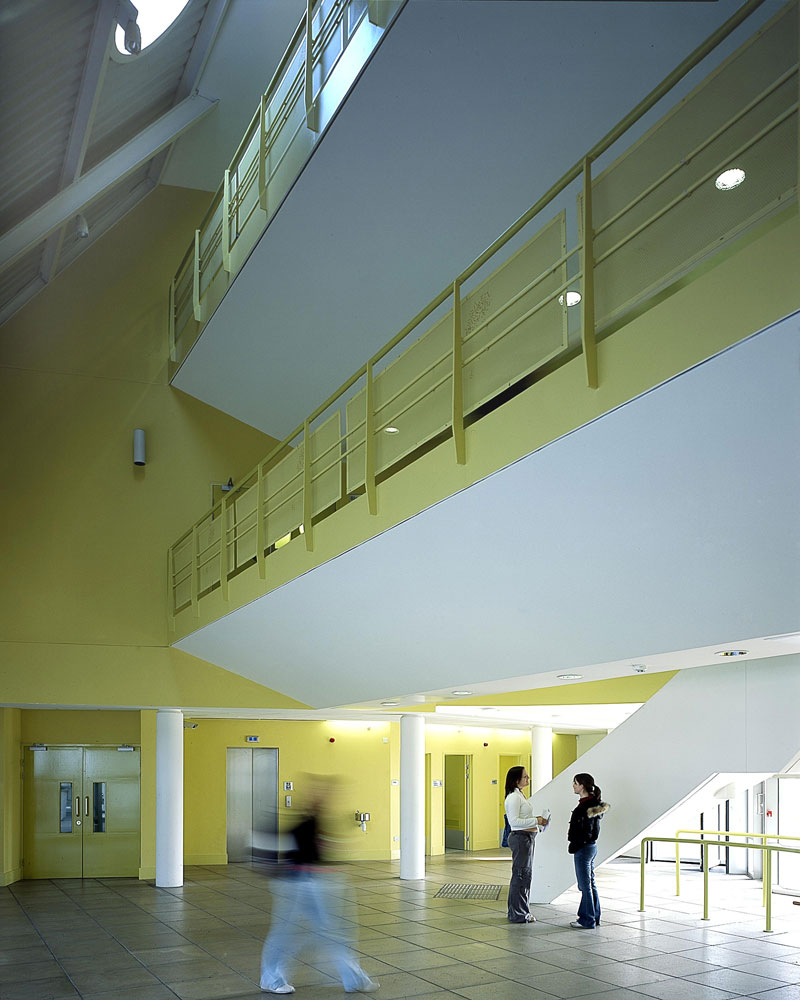 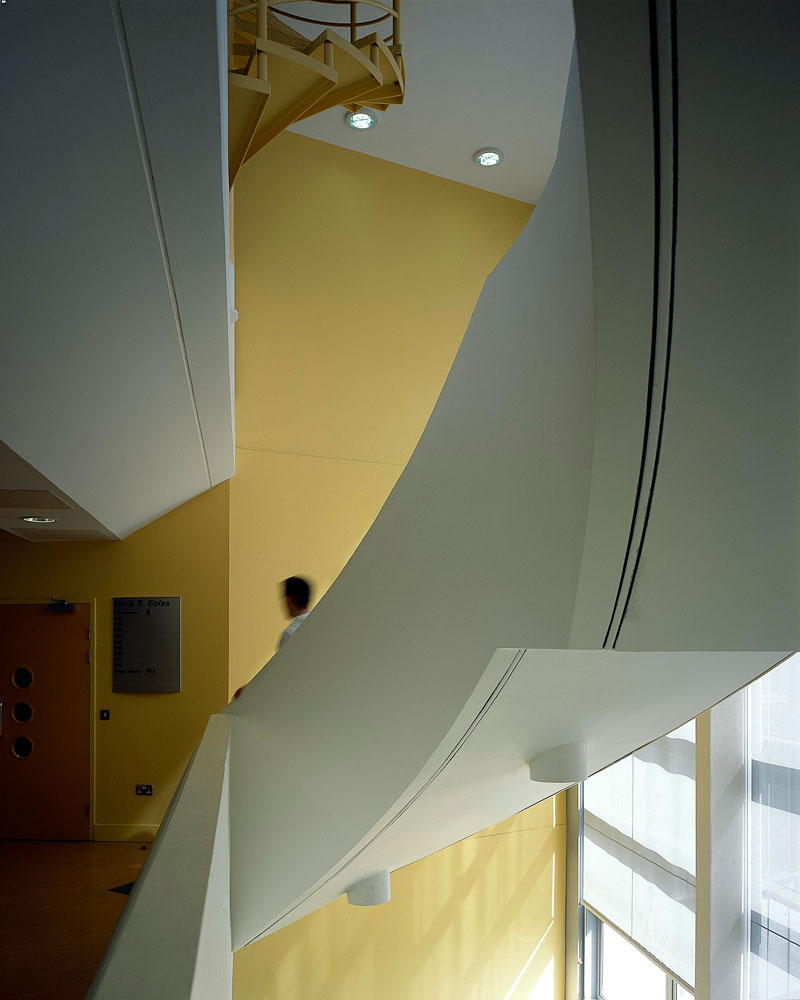 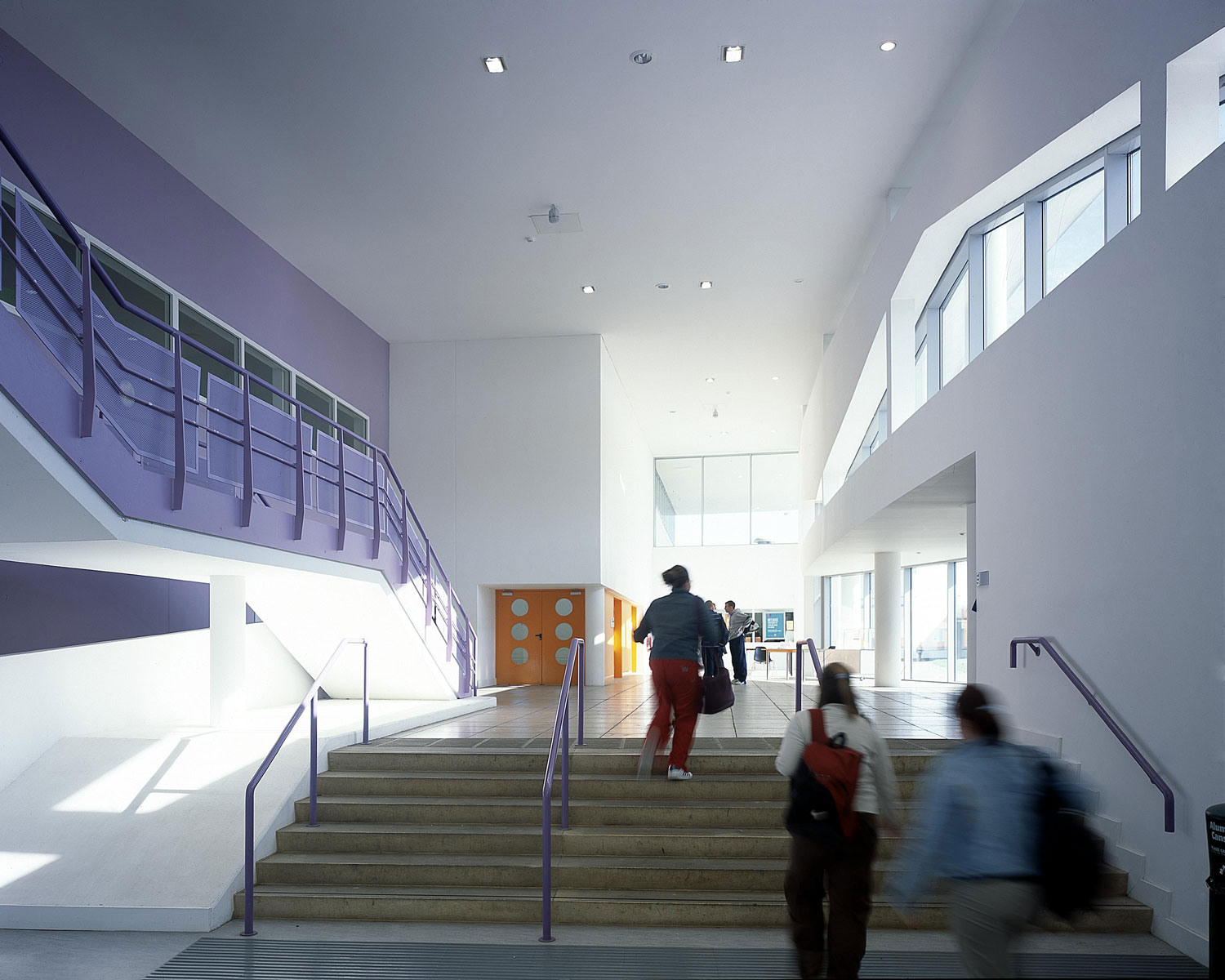 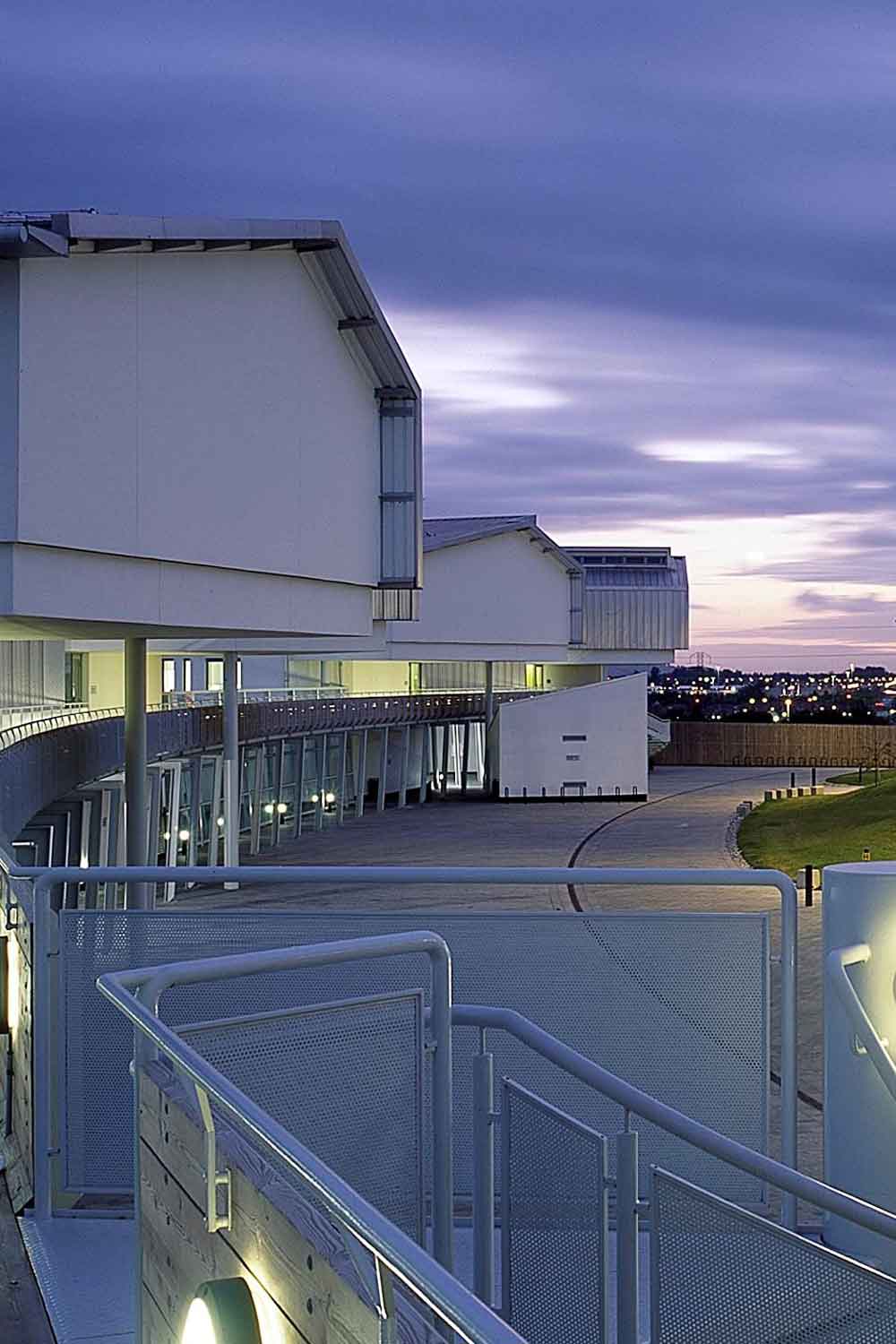 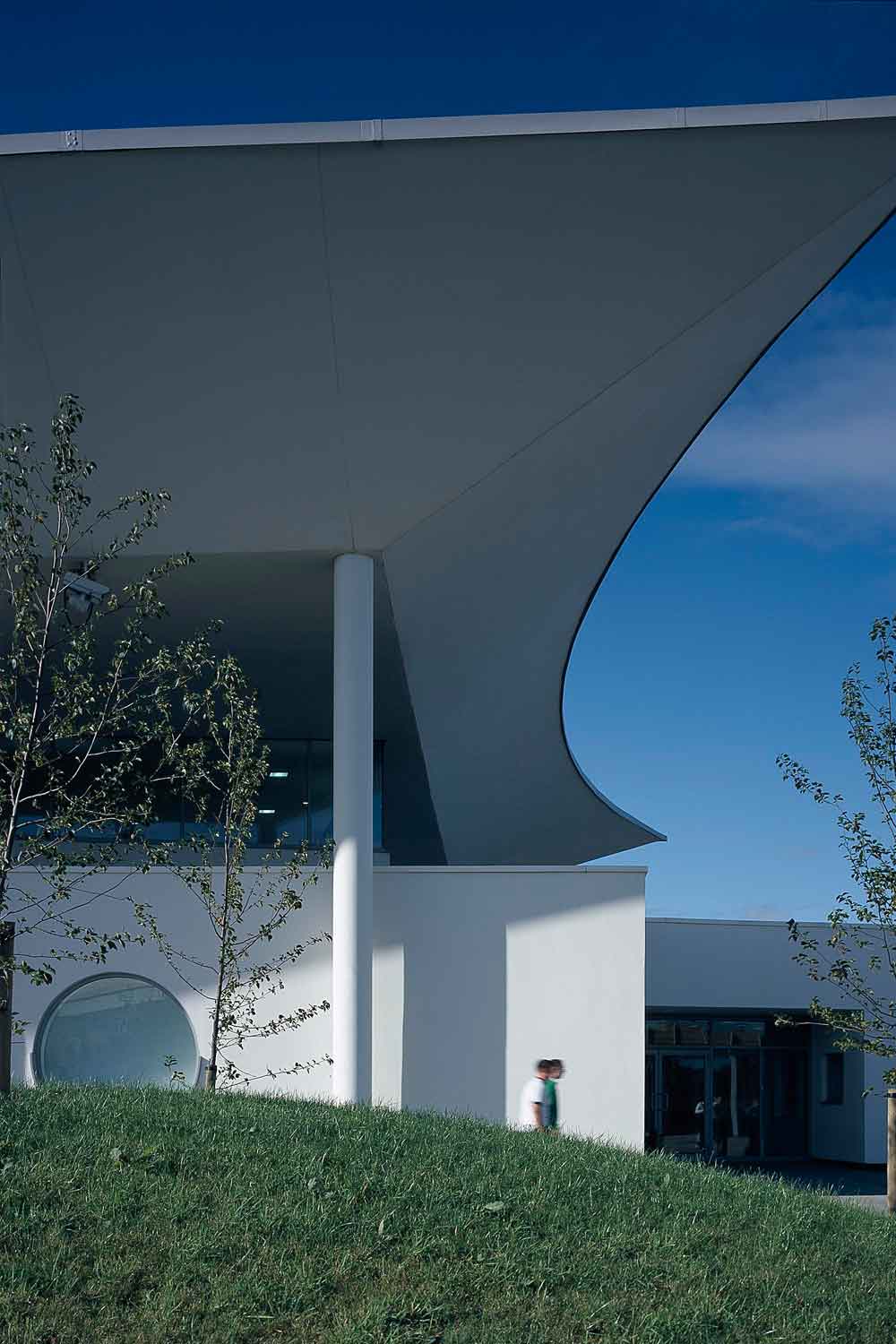 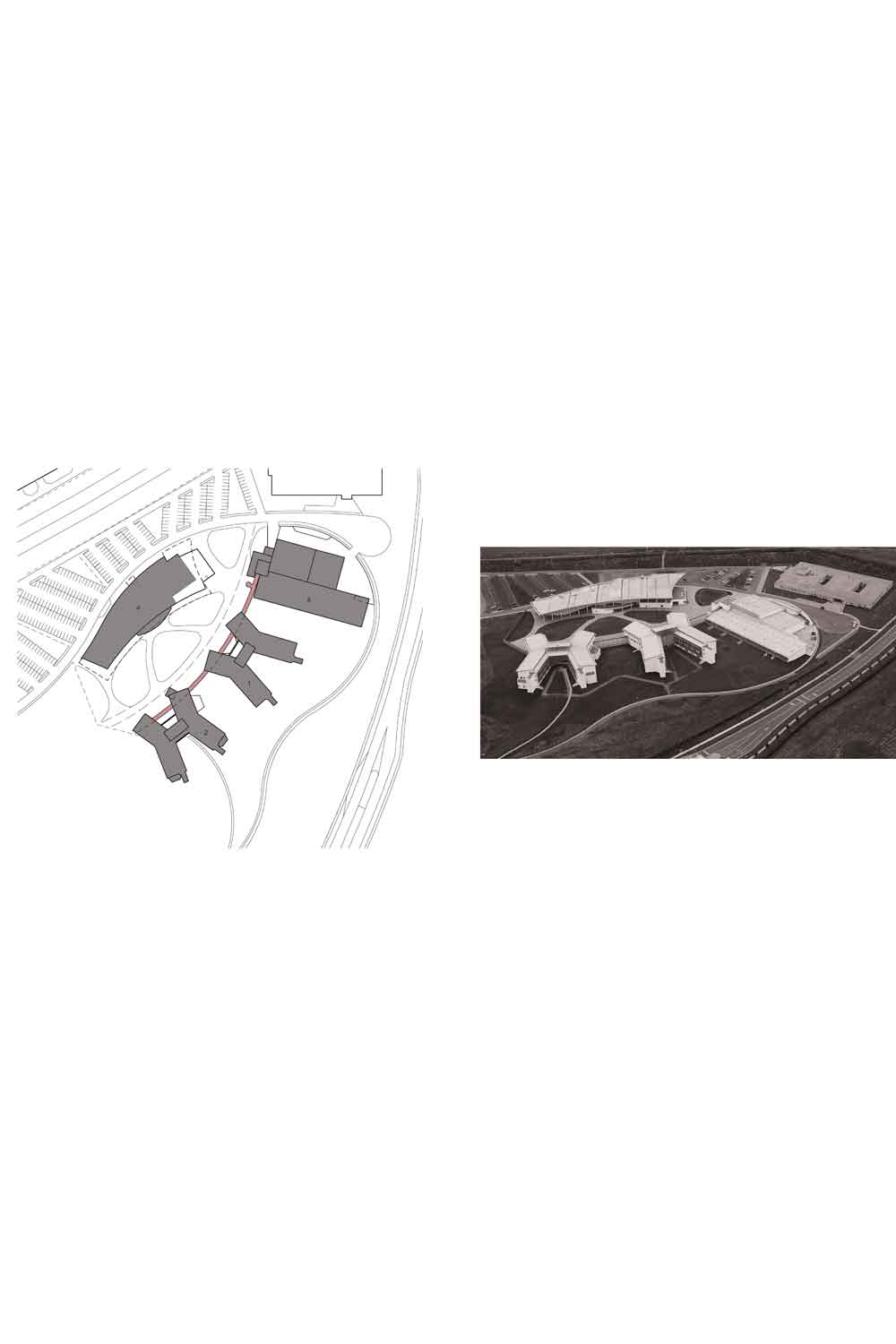 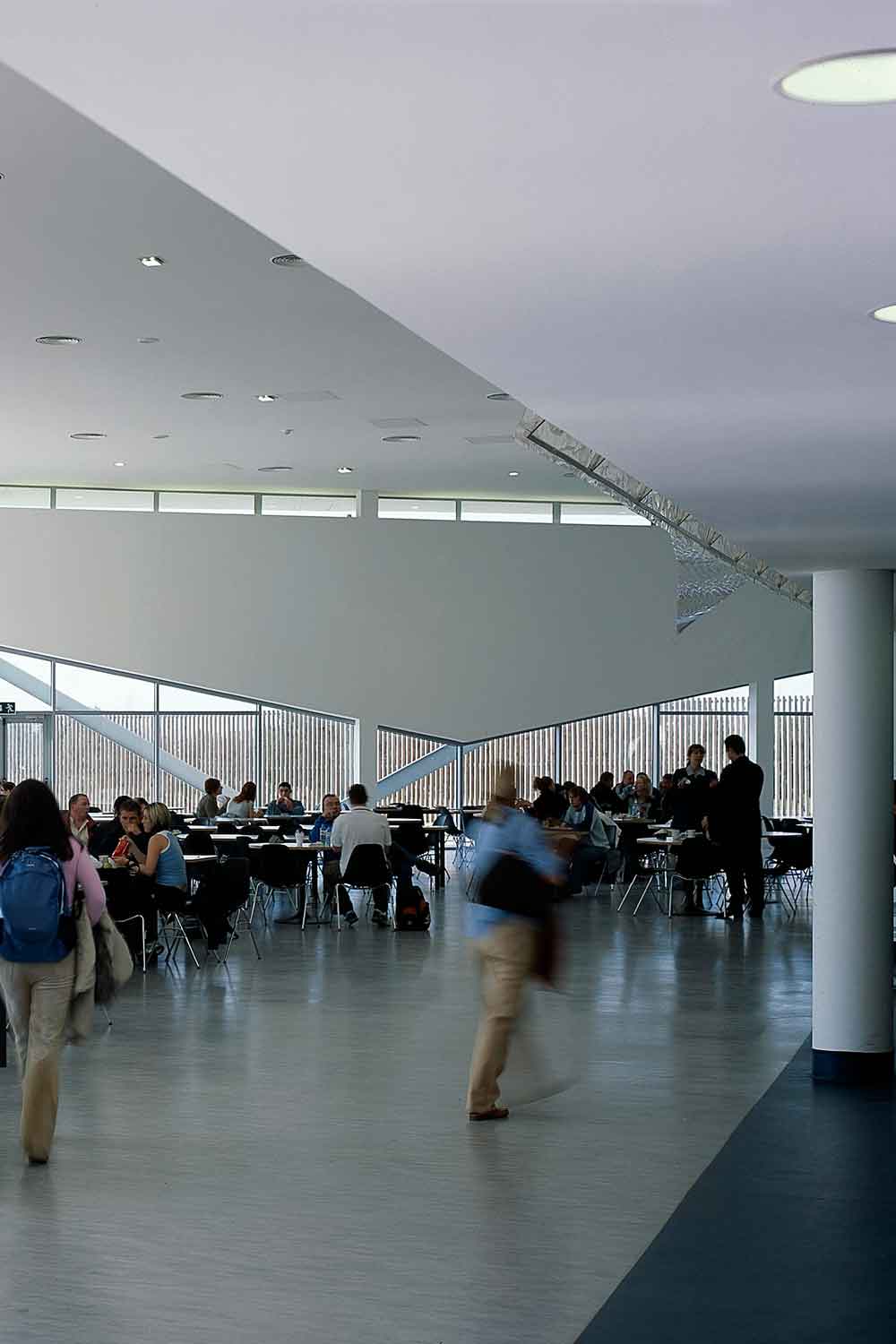 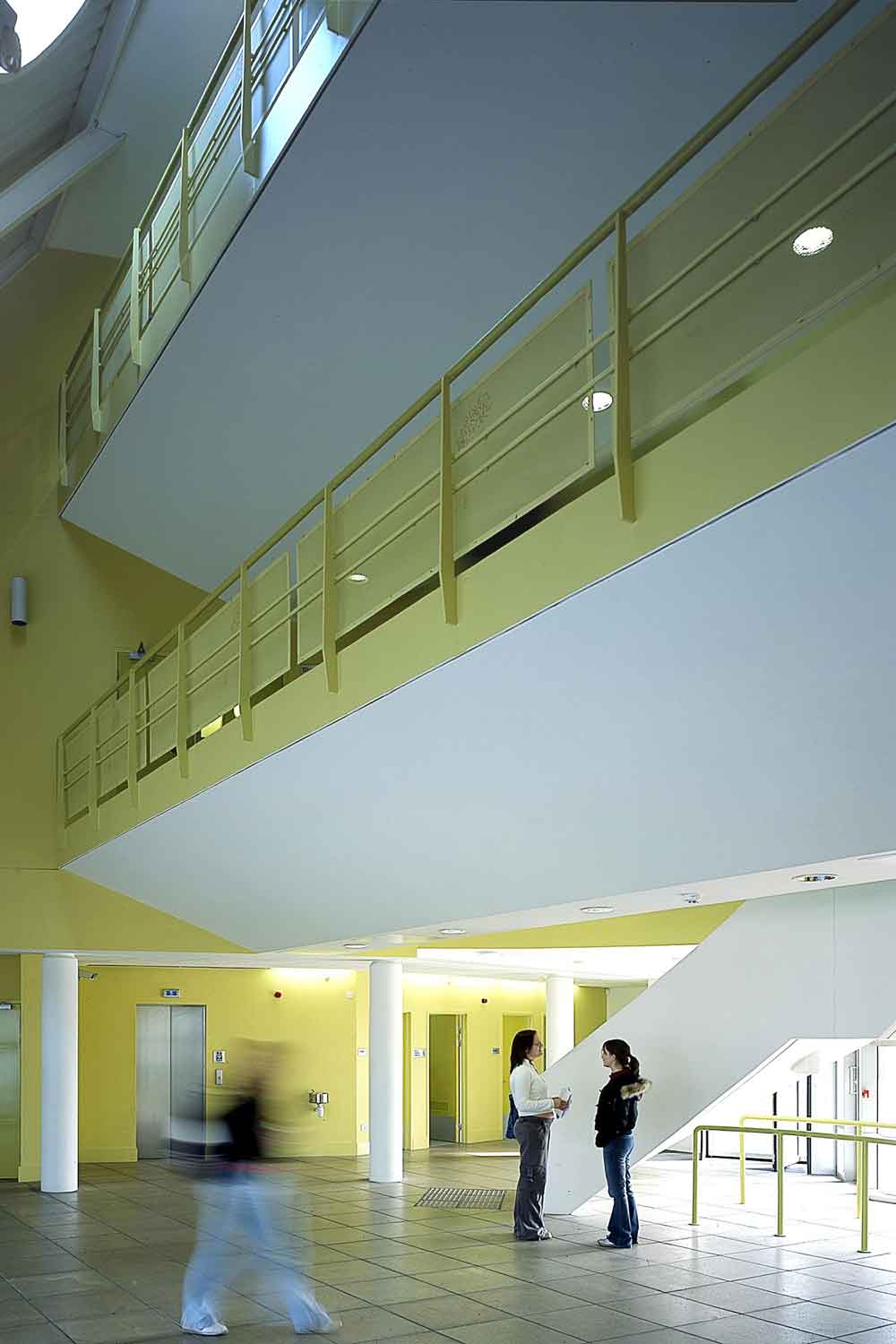 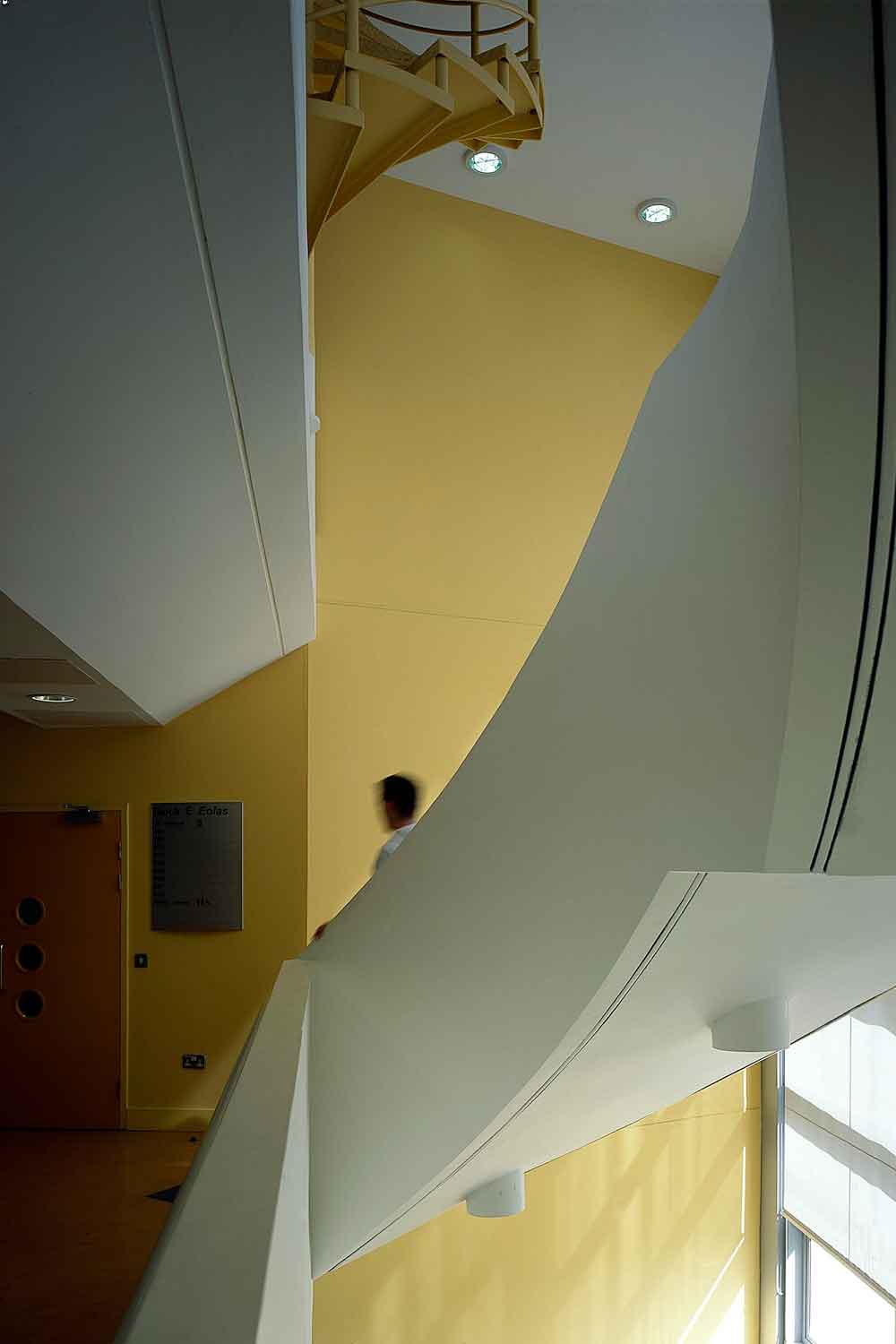 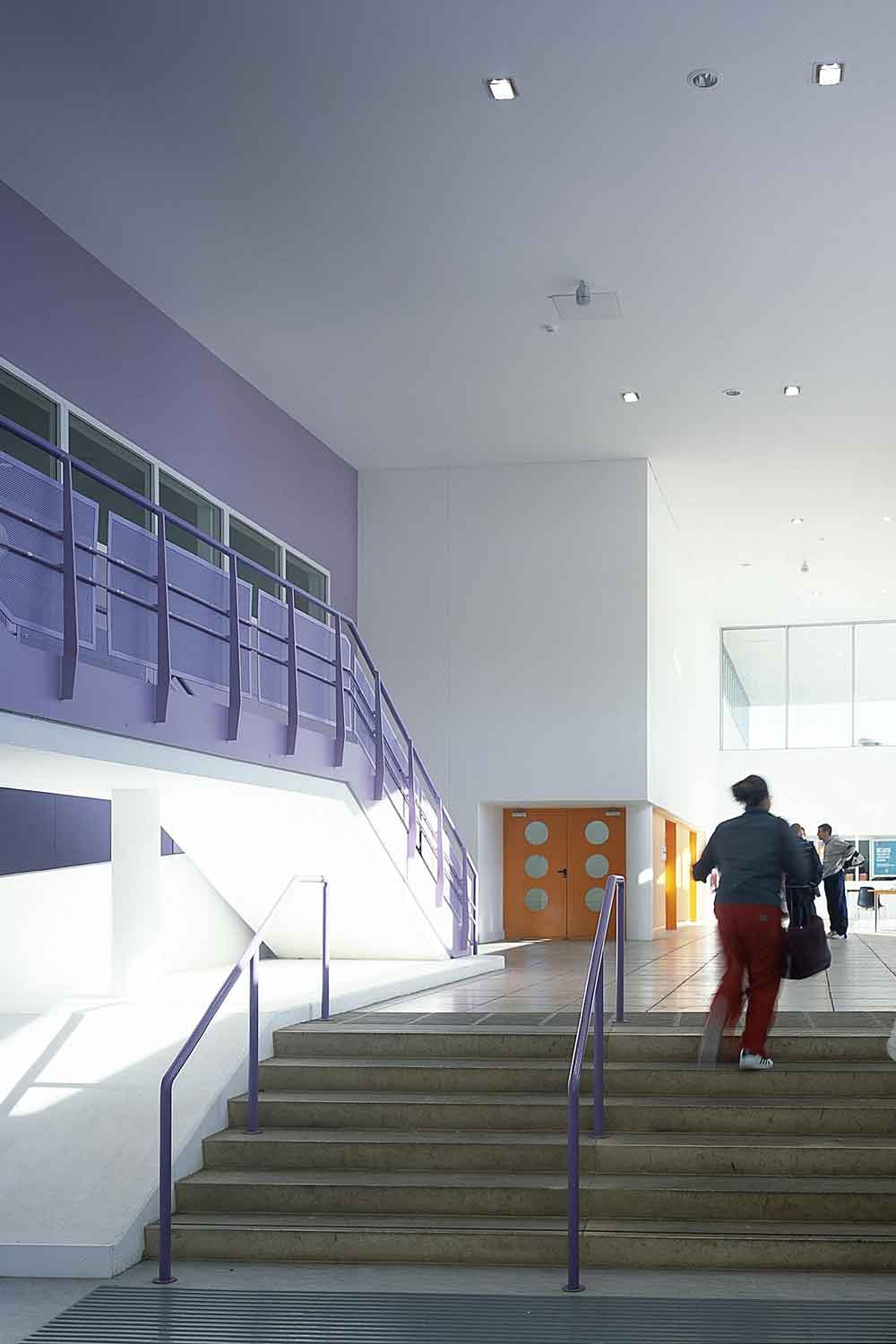 Back to Projects Institute of Technology Blanchardstown

This new Institute of Technology is built in a recently developed industrial area 10km north west of Dublin. The 45-acre campus forms part of the IDA Business Park. The Institute is regarded as a flagship project providing an exemplary basis for the development of the site. ABK Architects produced a detailed development plan, accommodating phased development and decanting of students from existing to new building.

The completed campus accommodates up to 3000 students. ABK were commissioned for the masterplanning of the site, the infrastructure contract, and completion of four buildings, including Library, Multi-purpose Sports Hall with Canteen and General Teaching and Training accommodation.
The buildings are formed around an external piazza and are connected by a walkway at first floor level which also provides wind and weather protection to circulation at ground level. This project shows a site-specific response to topography , including a ‘picturesque’ avenue and an ‘Acropolis’ formed on the high point of site.

The last phase was completed on October 2007.