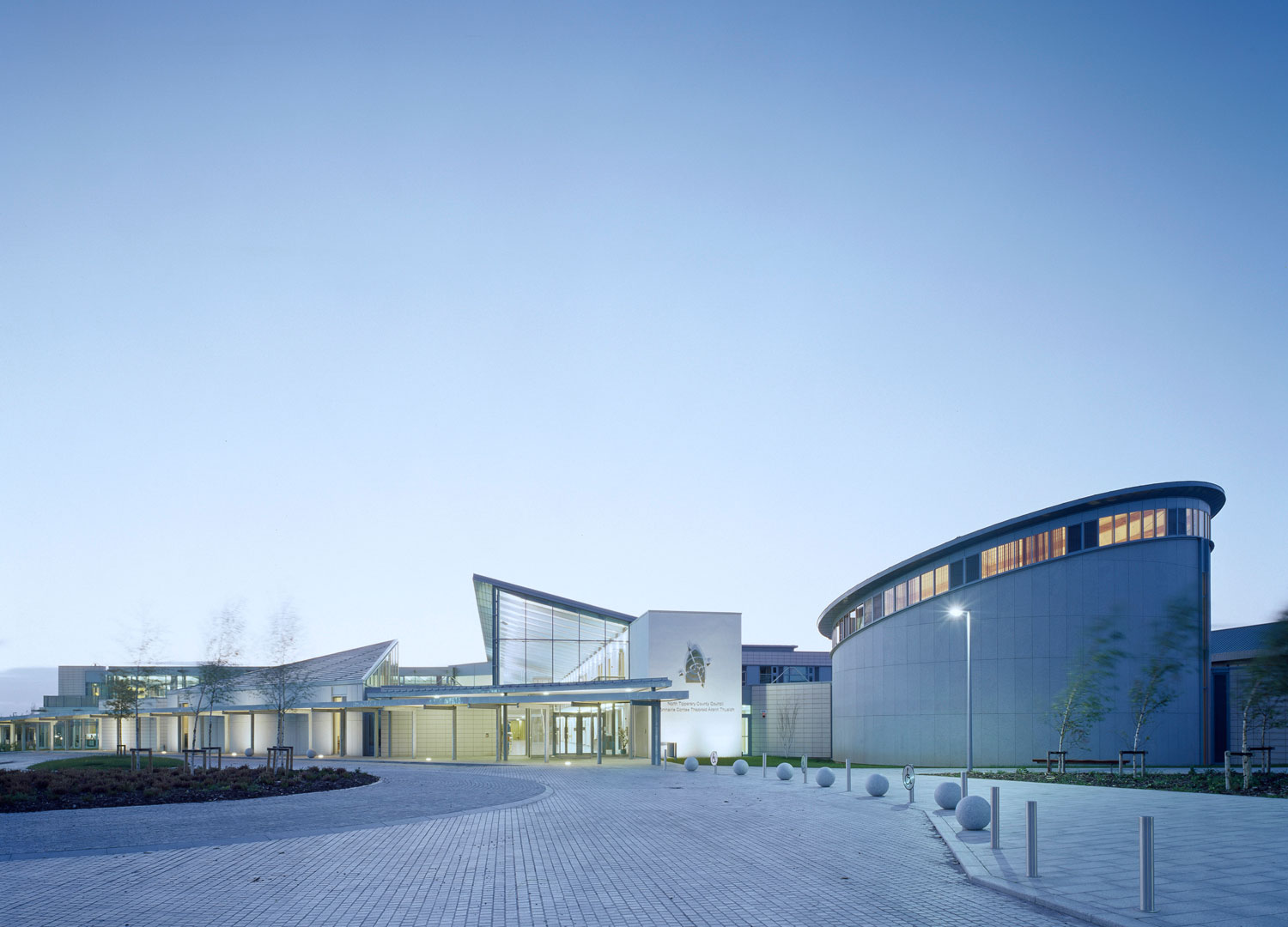 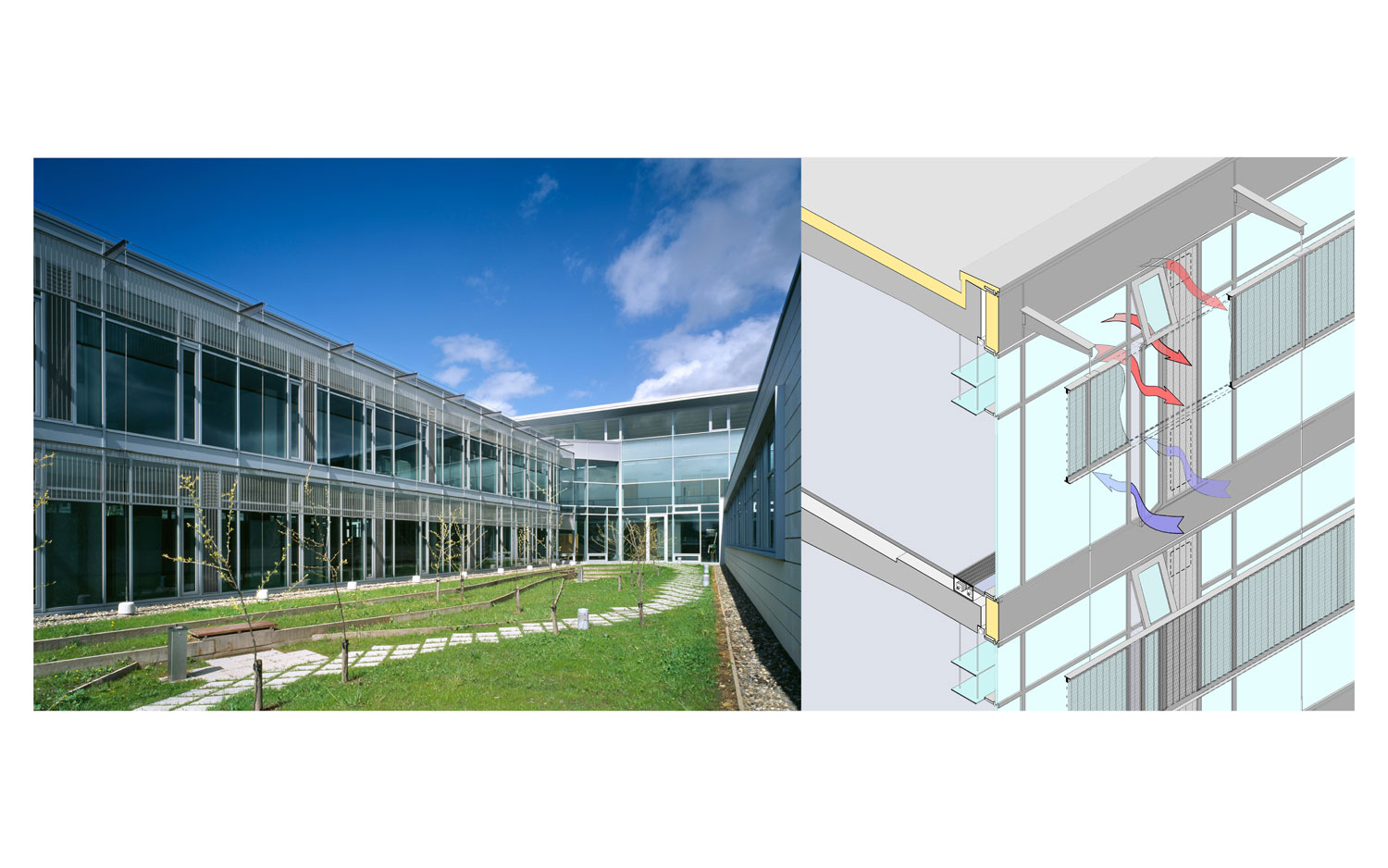 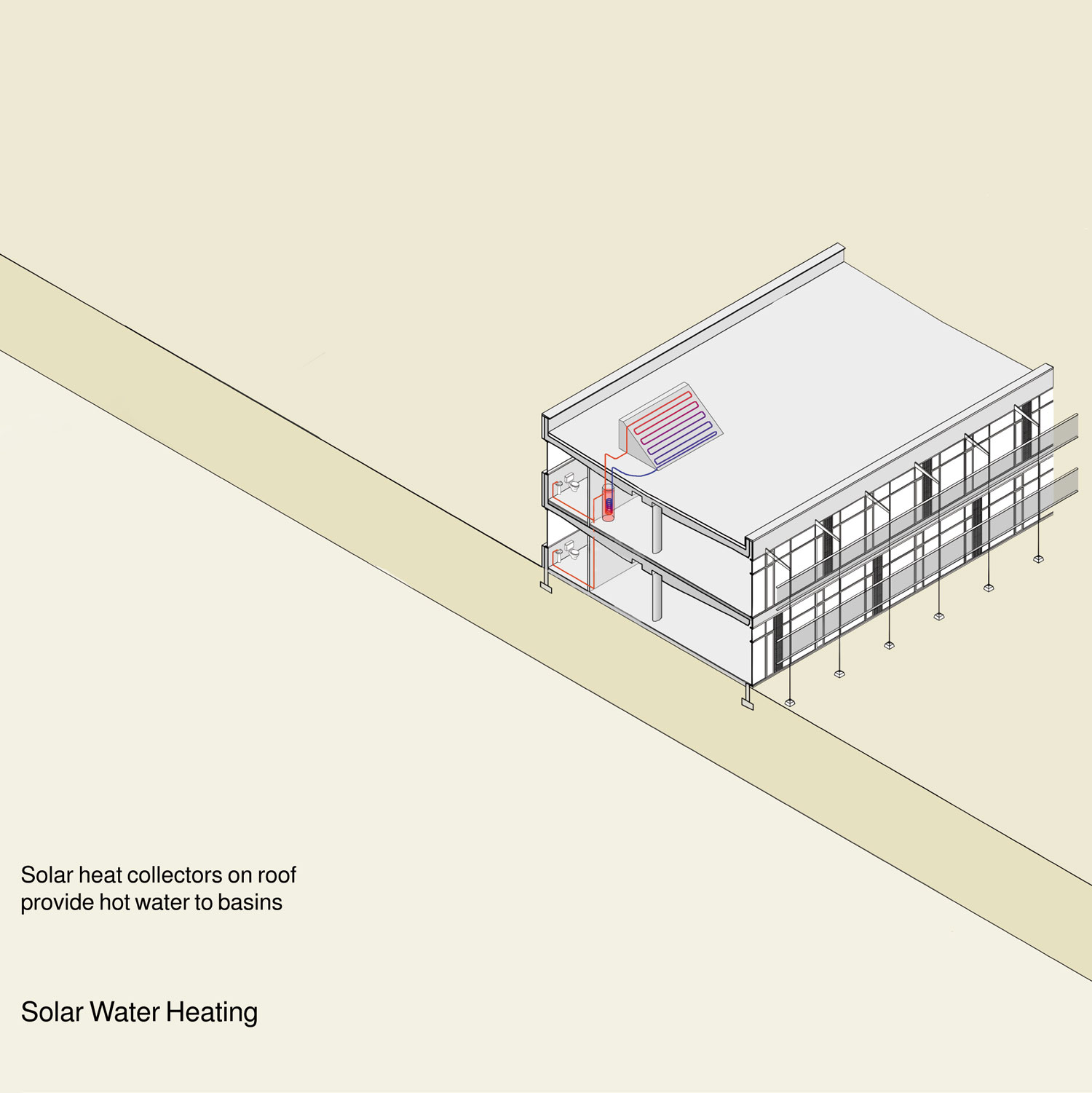 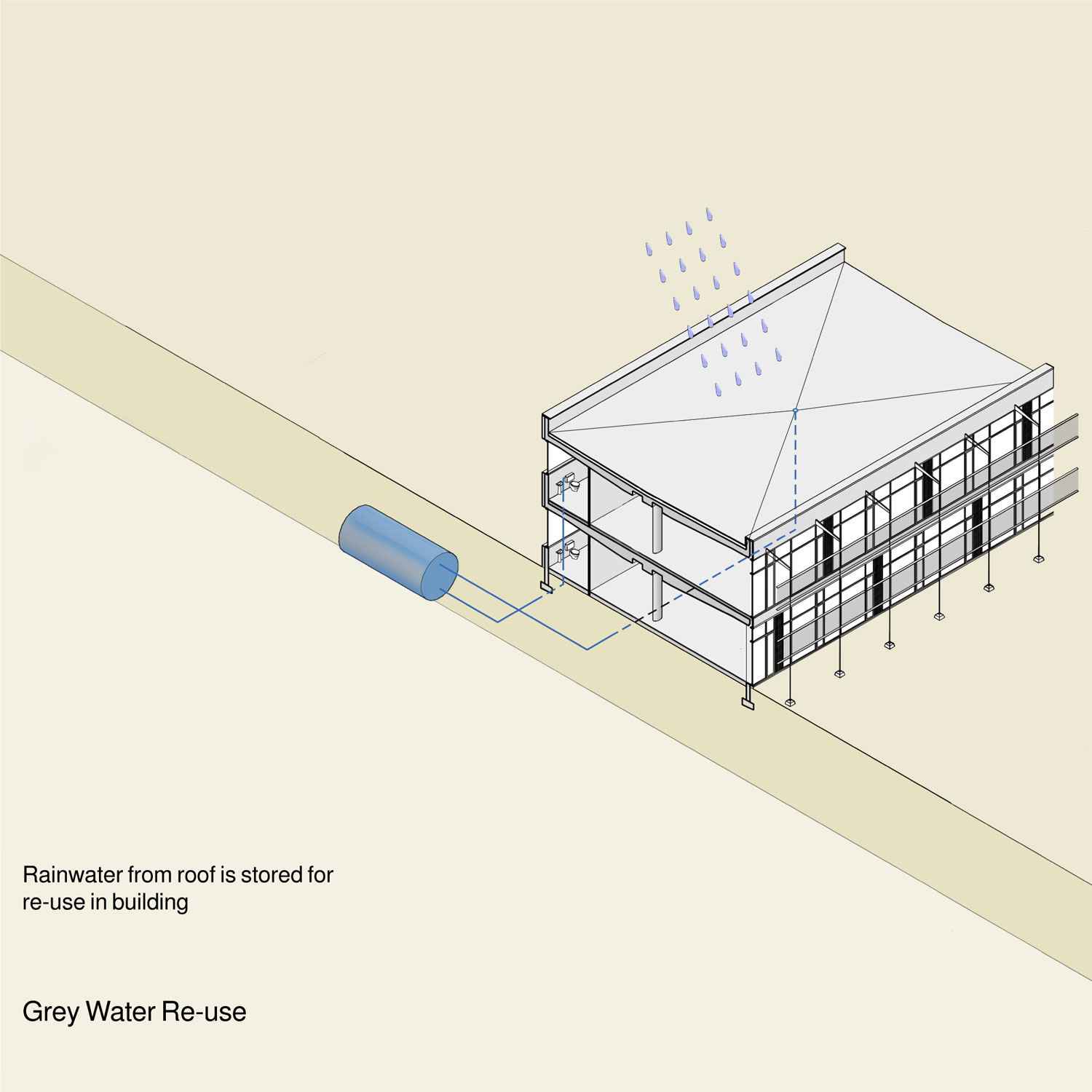 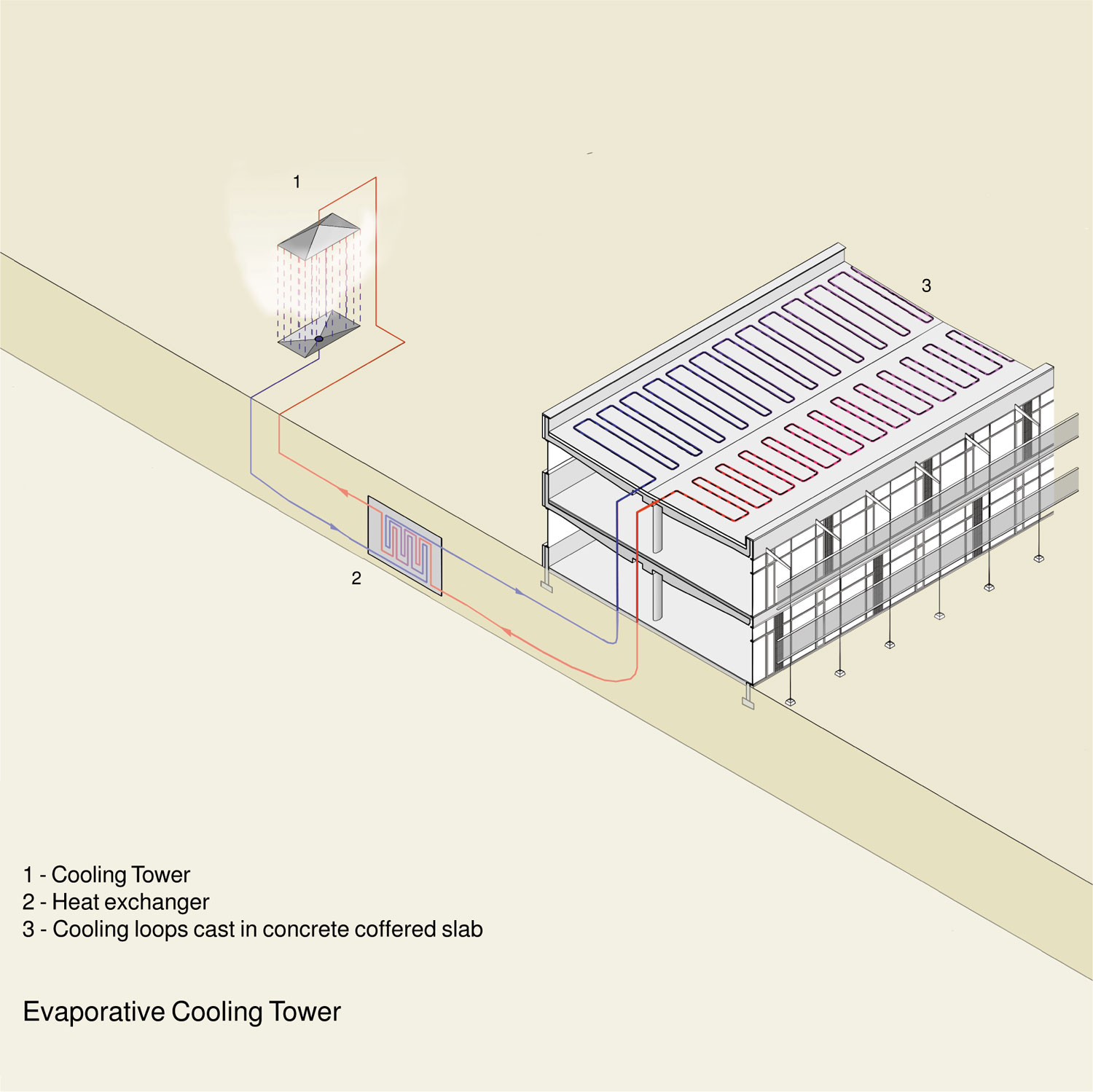 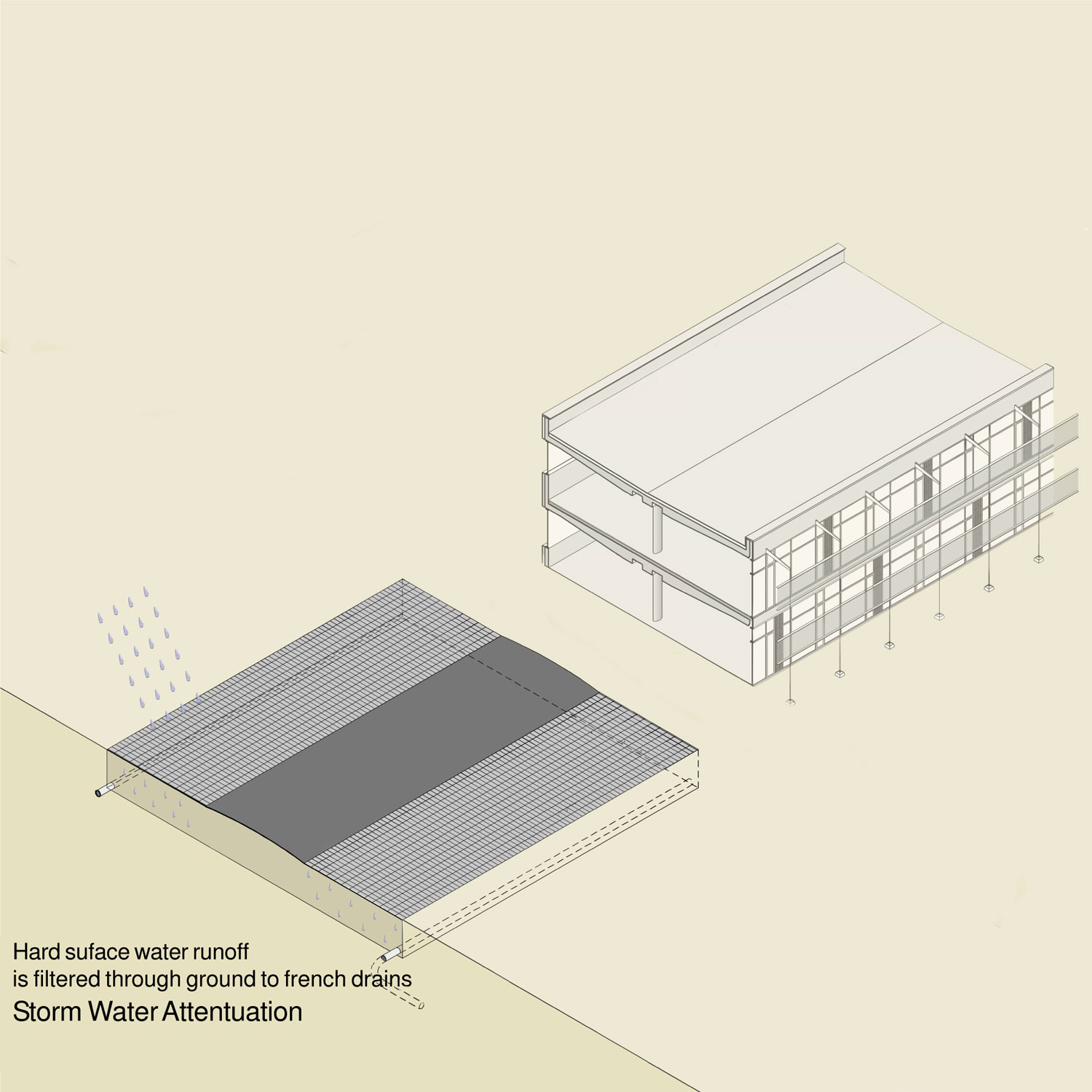 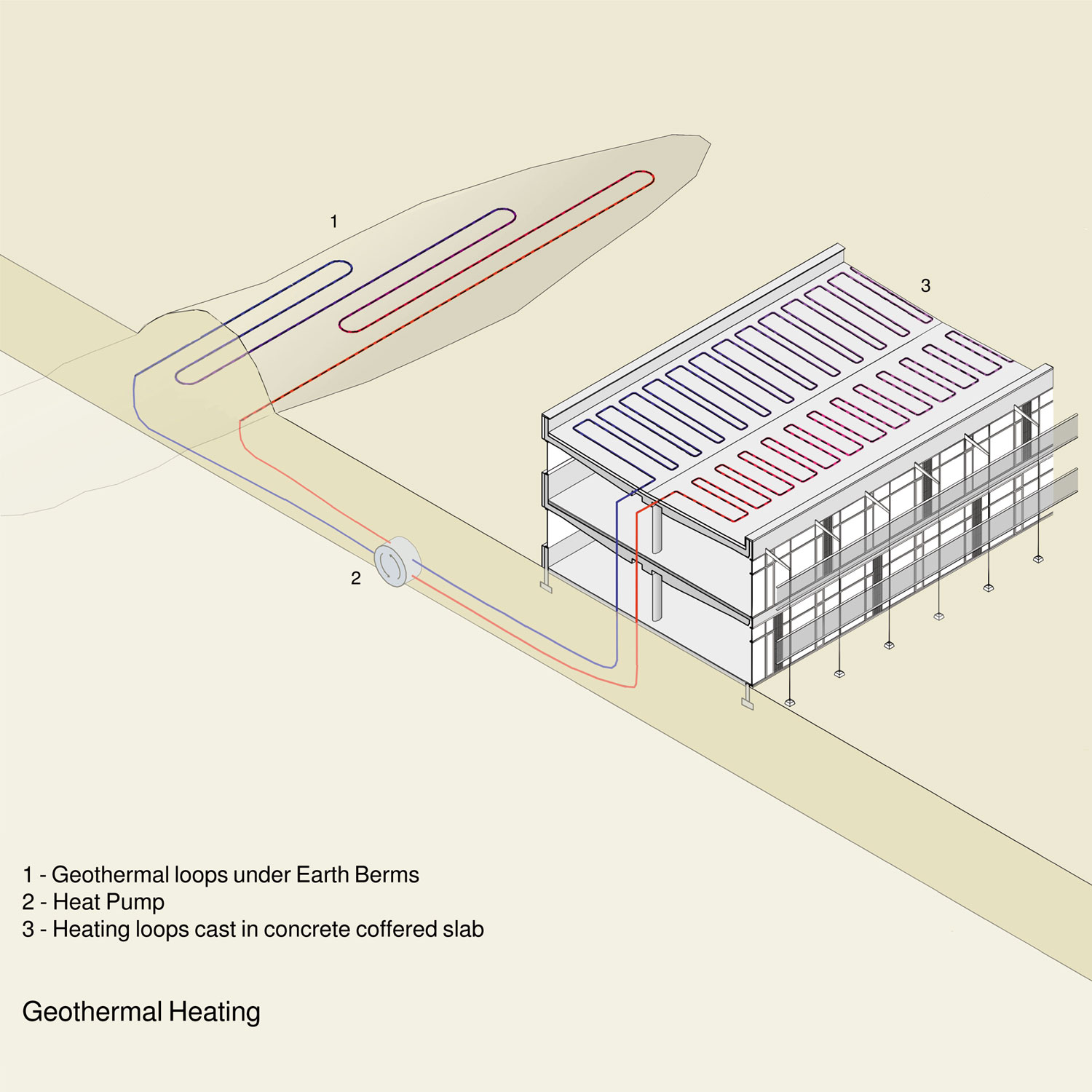 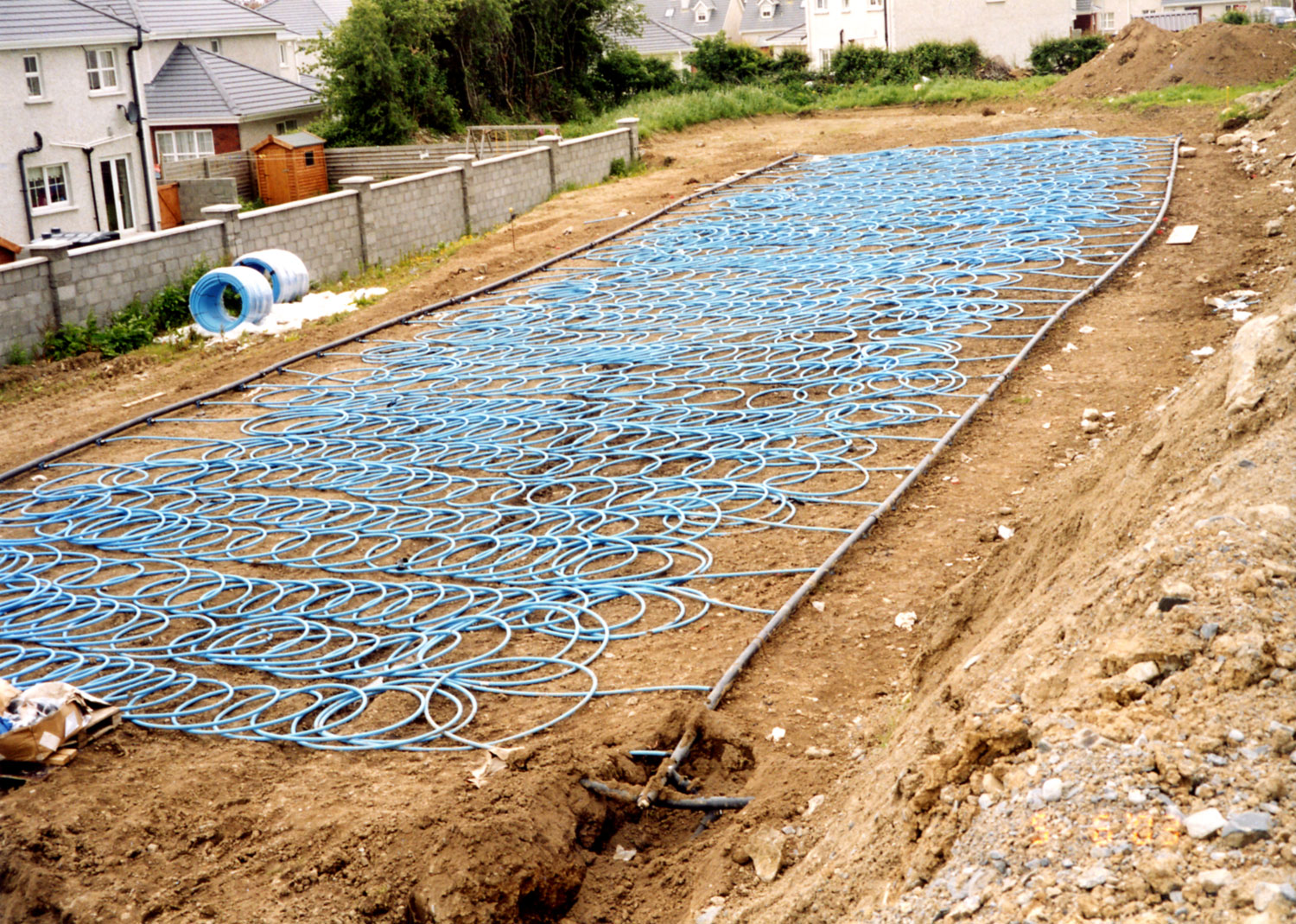 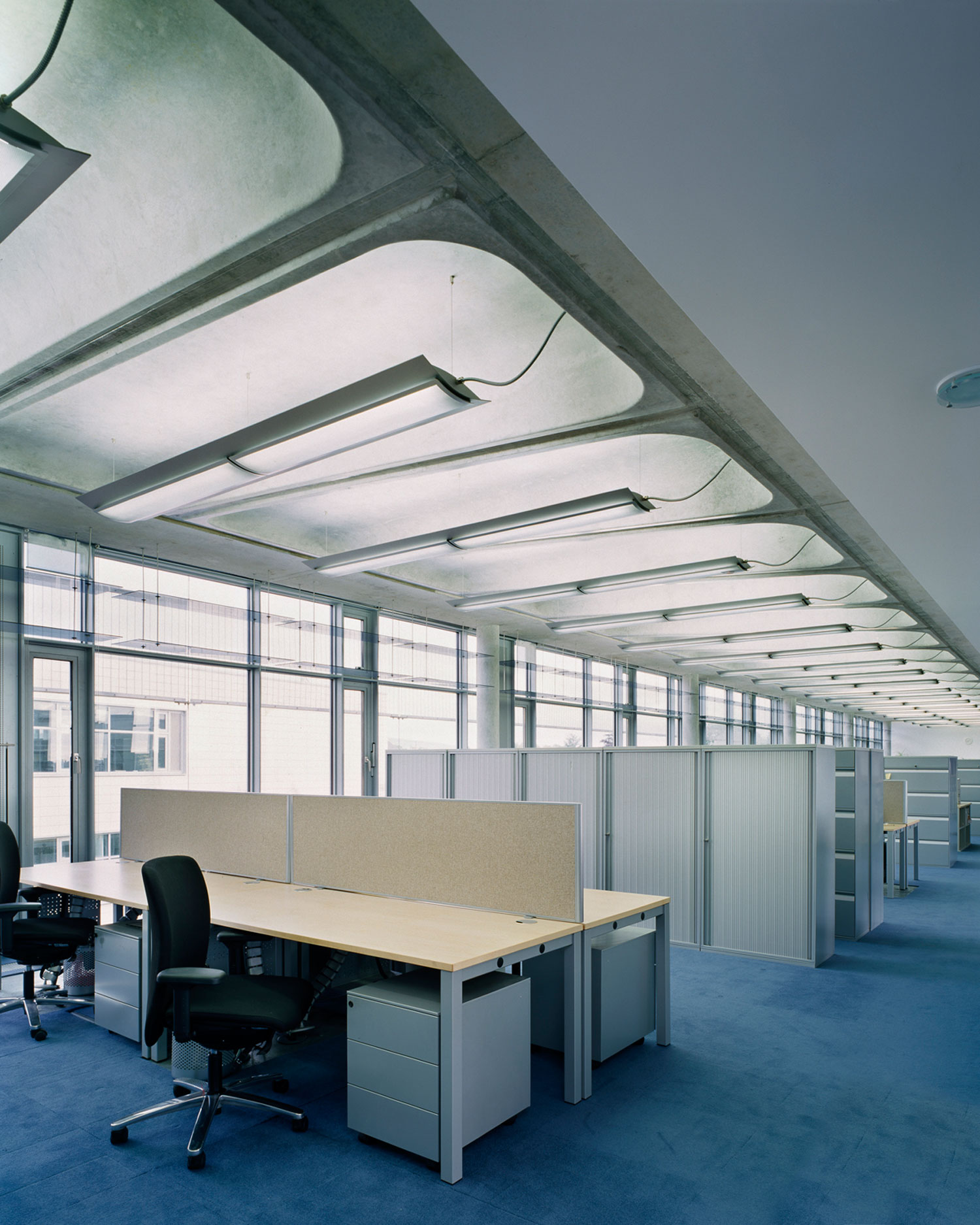 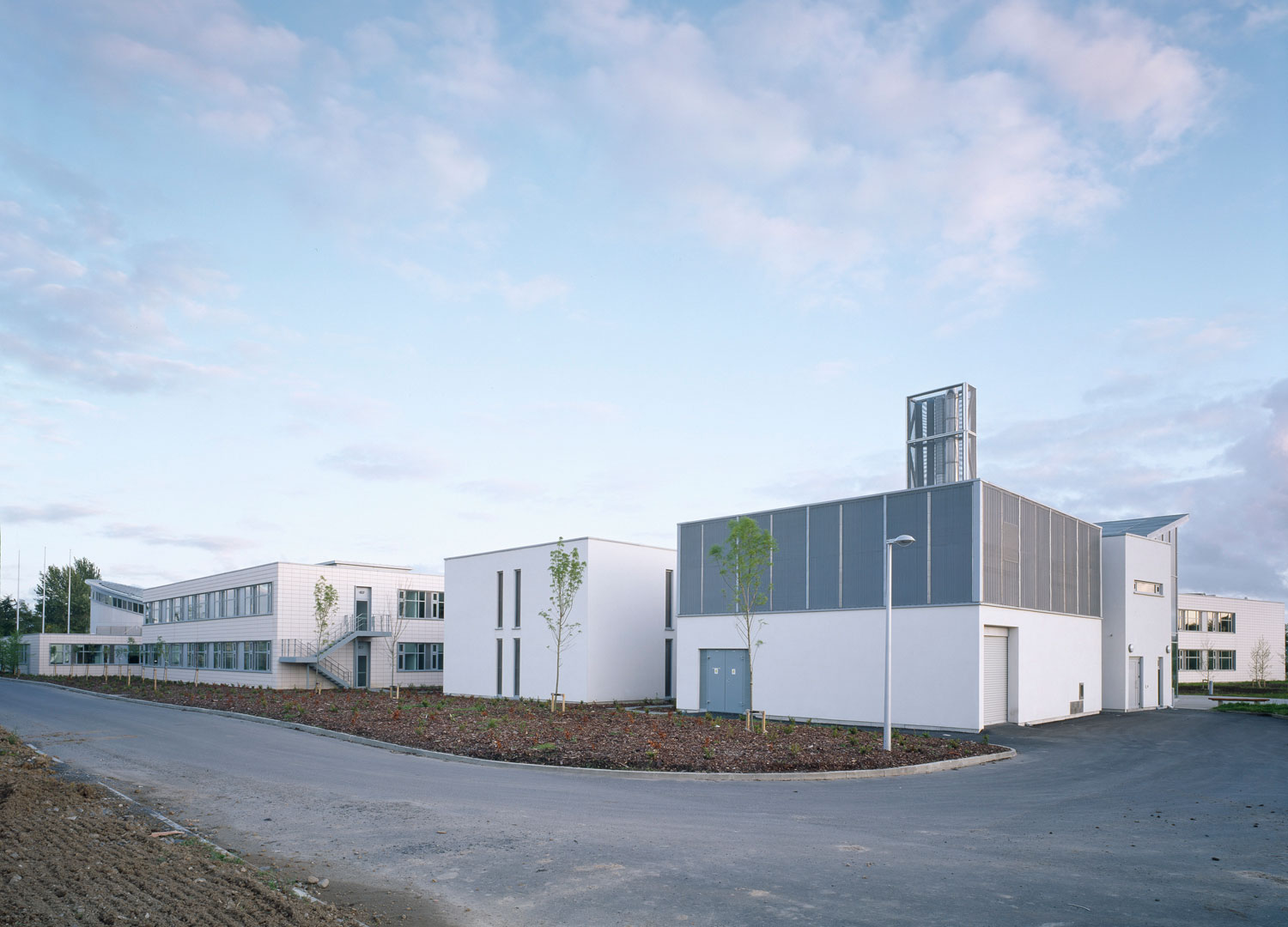 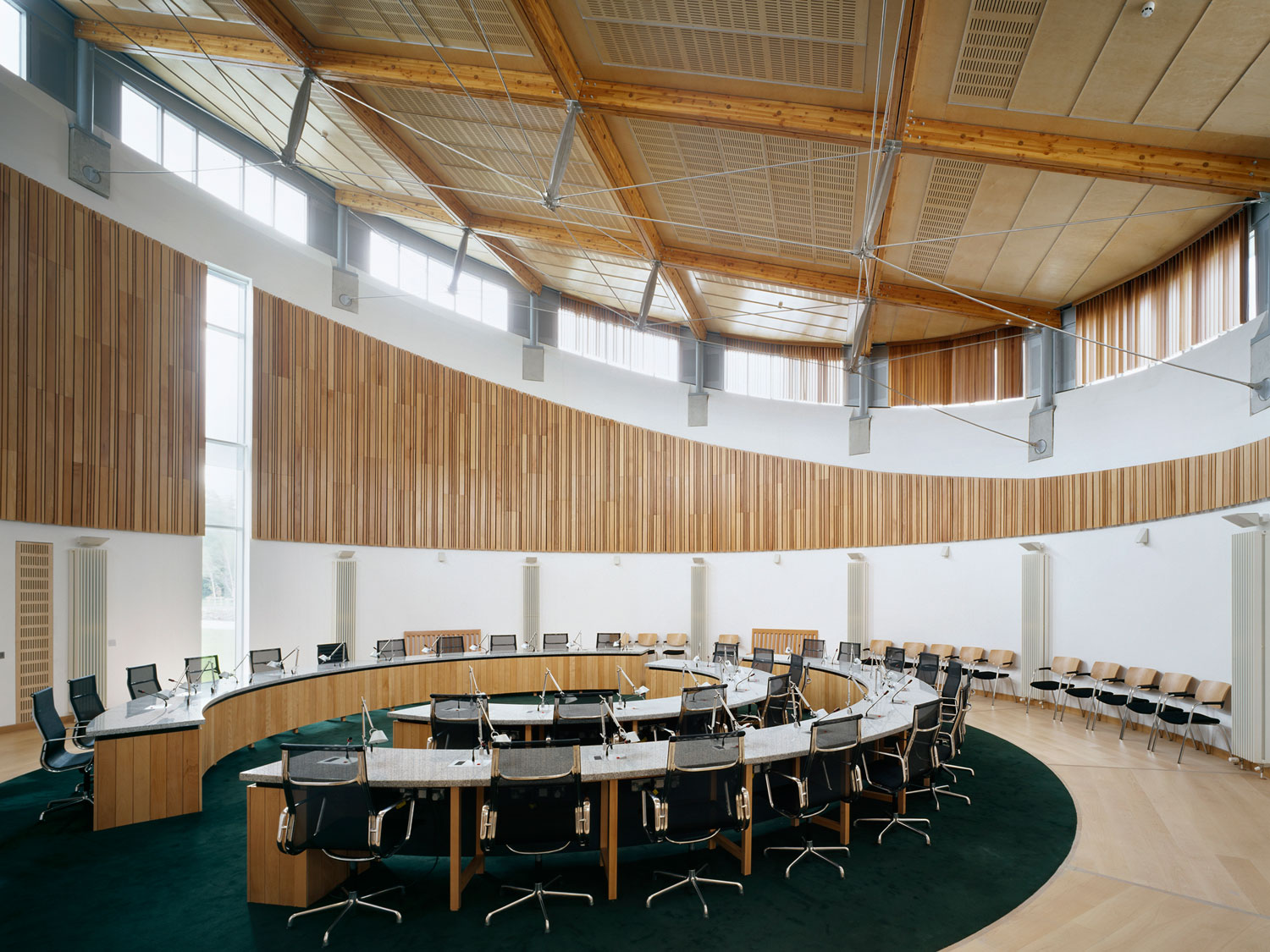 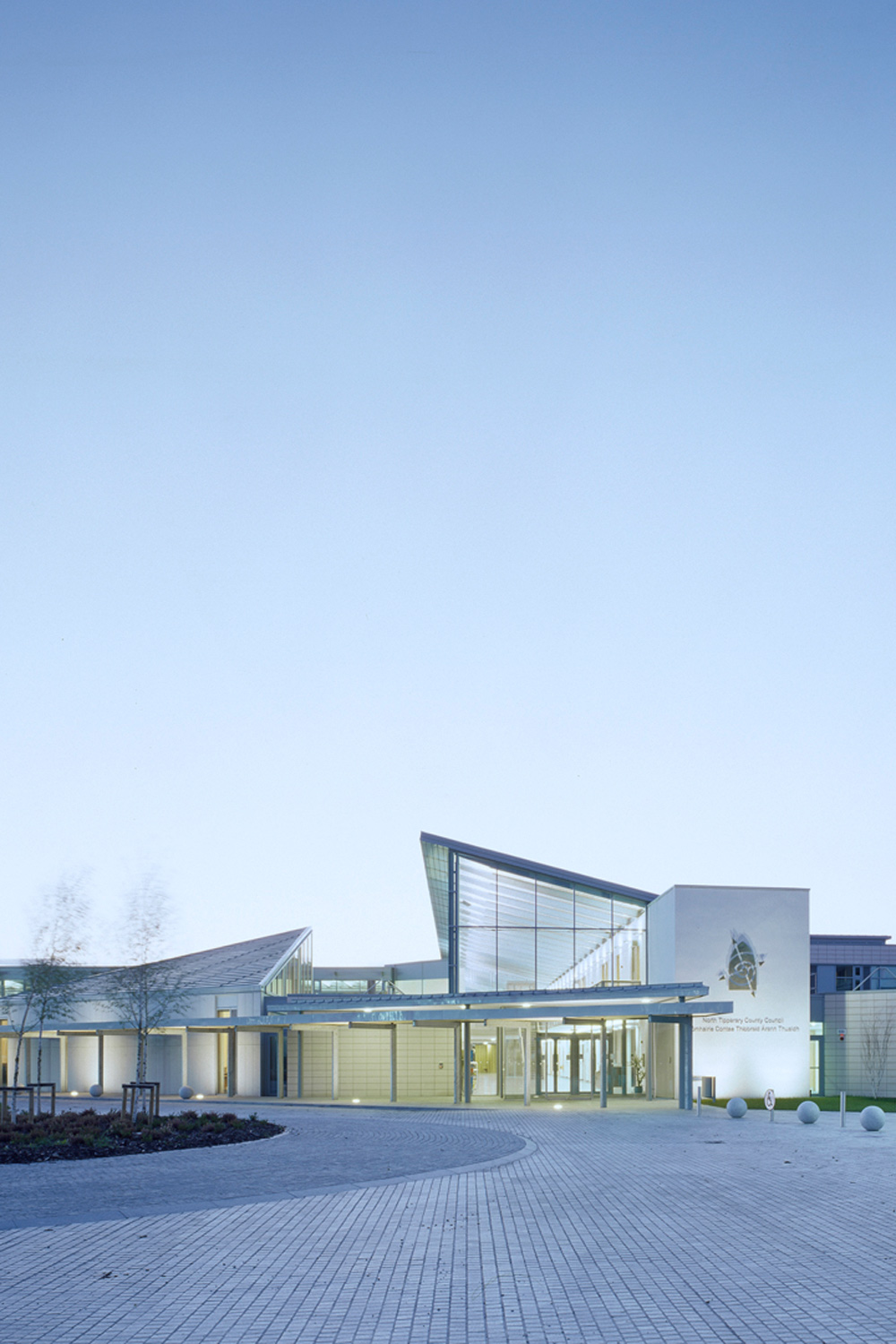 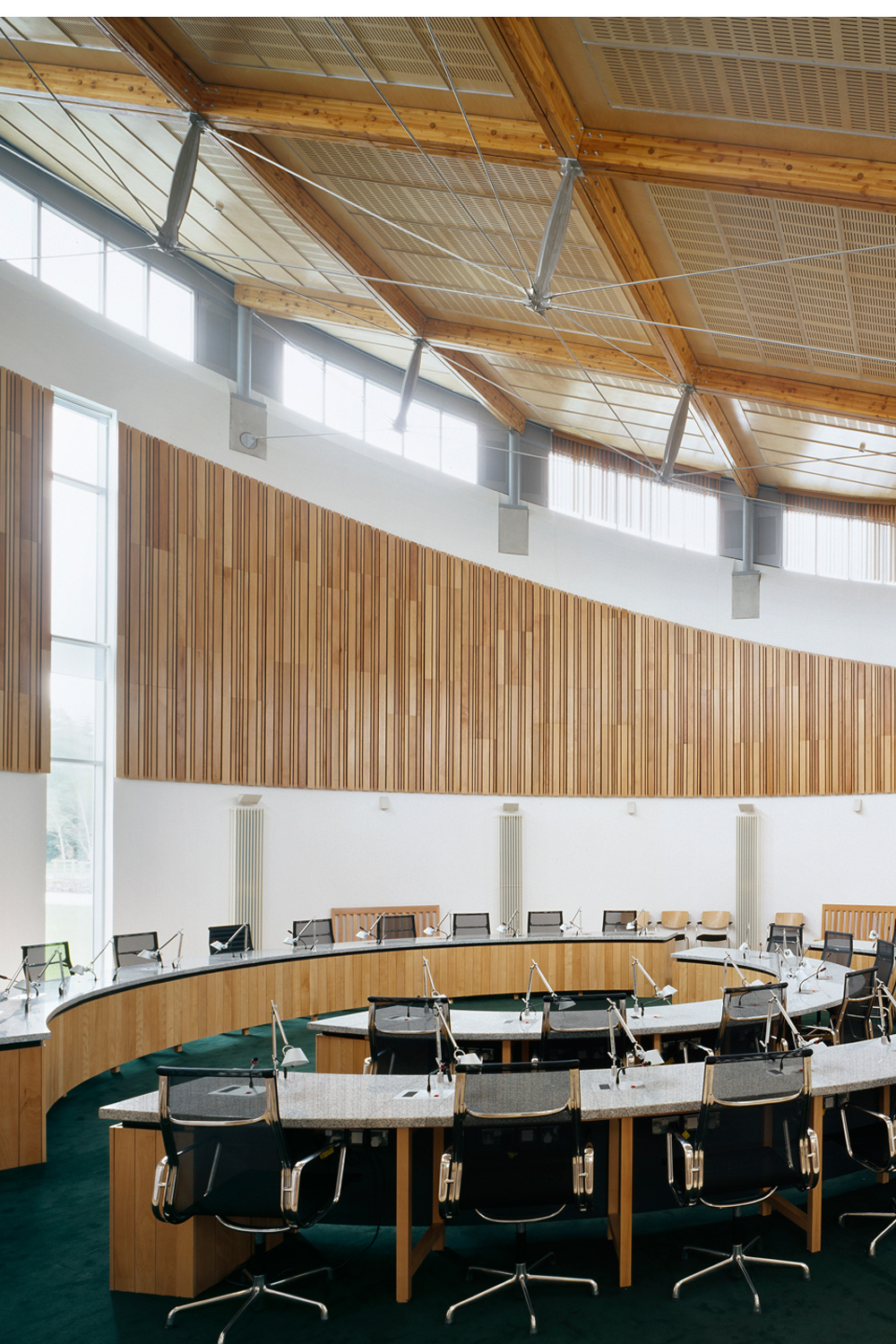 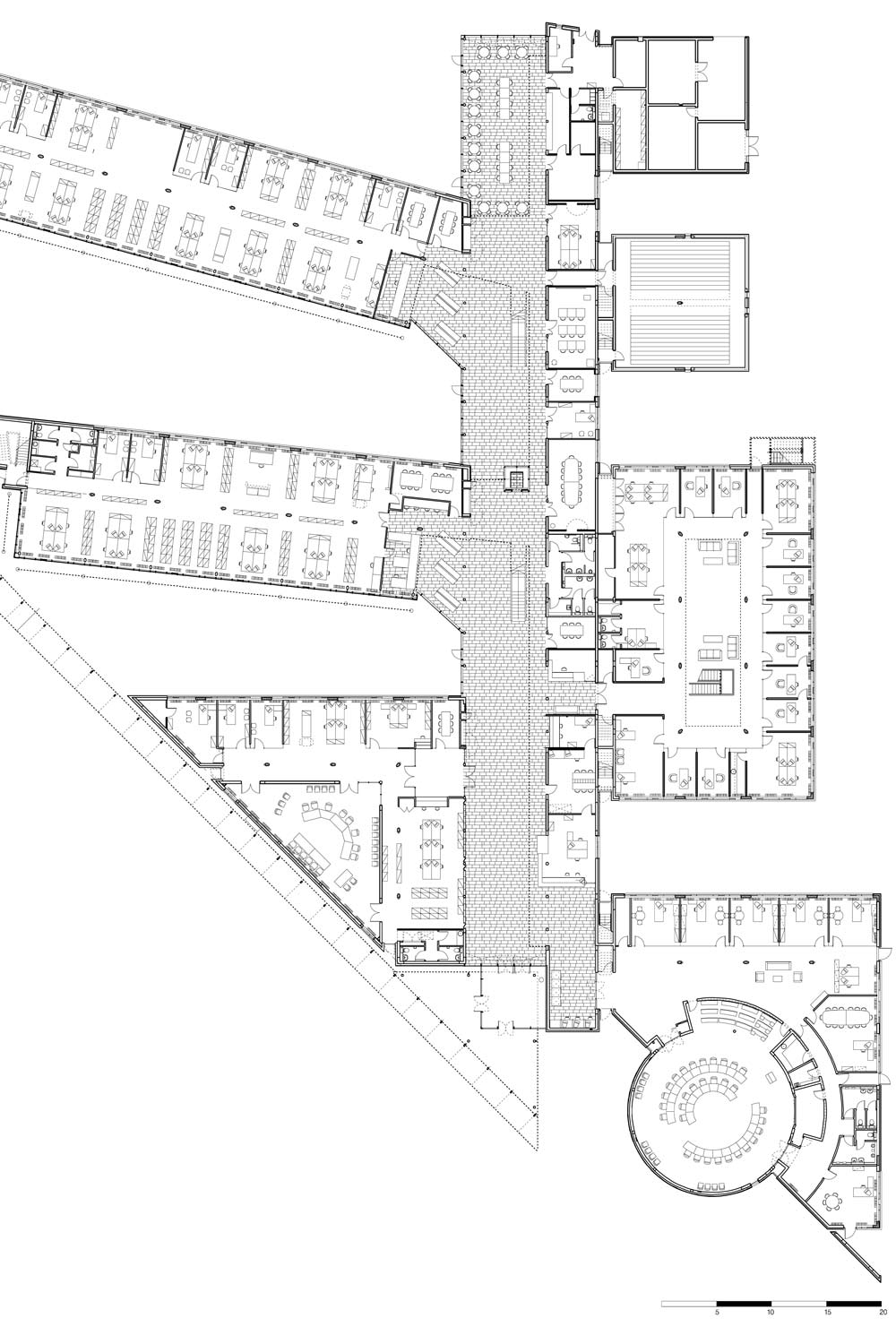 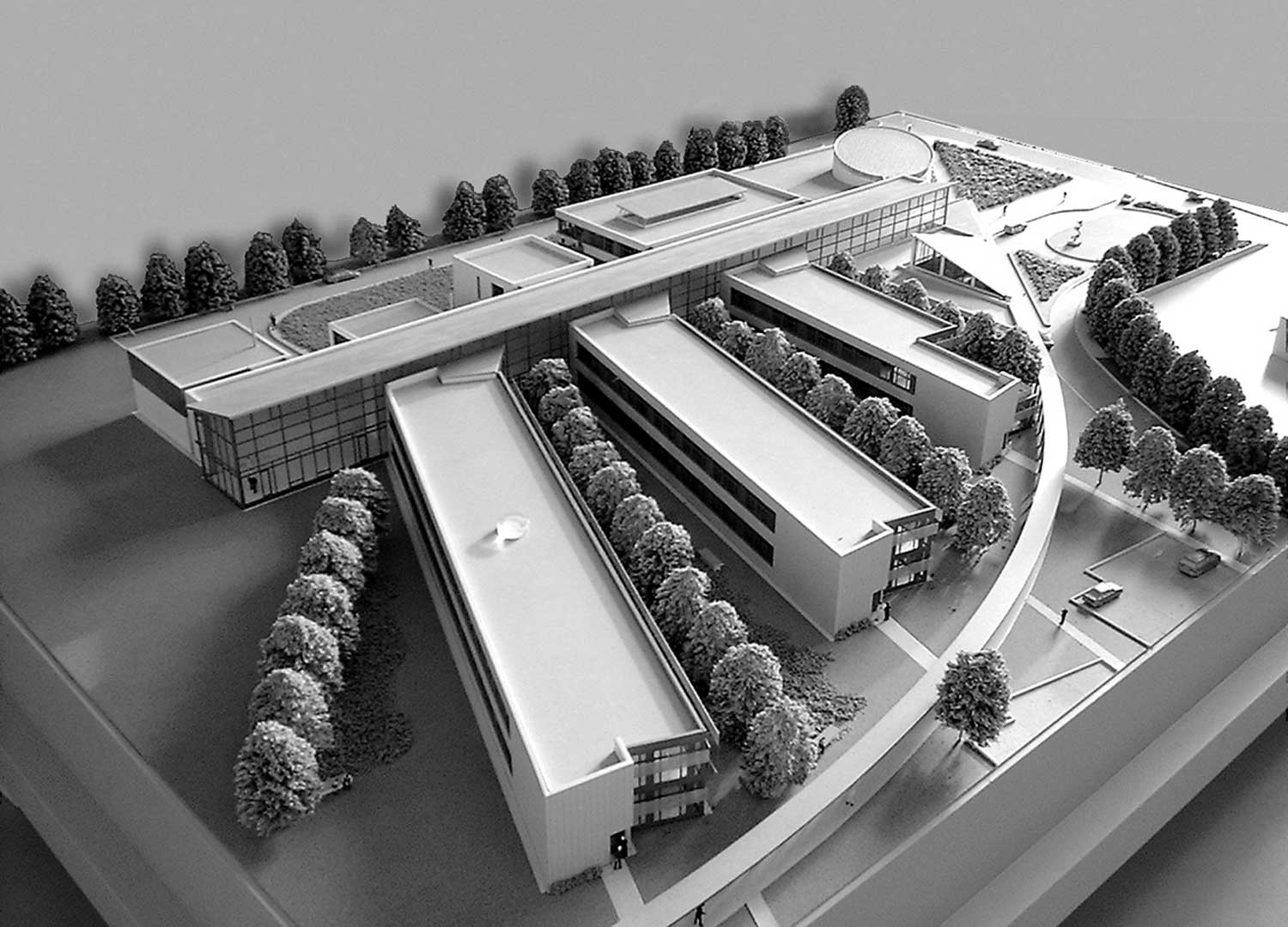 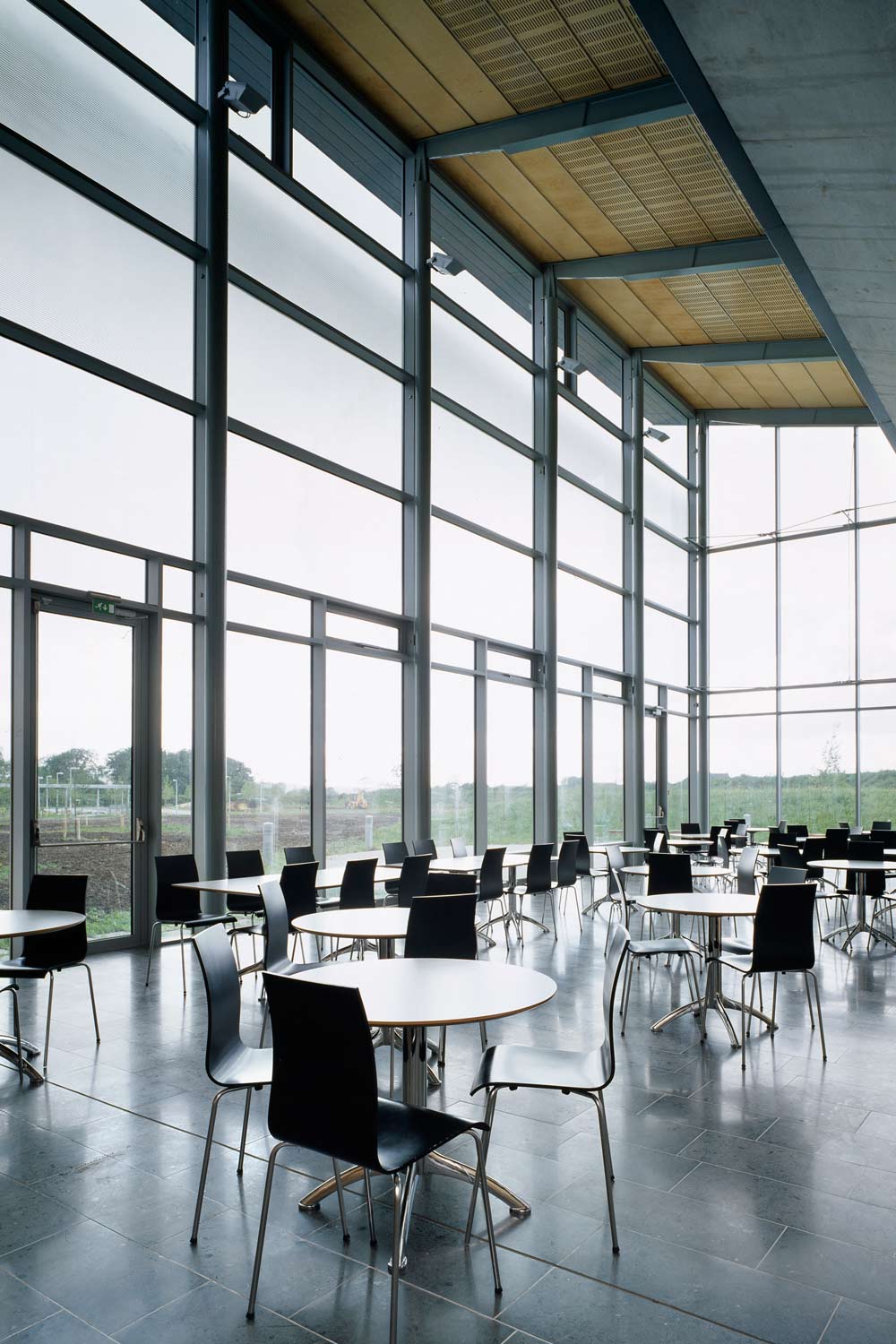 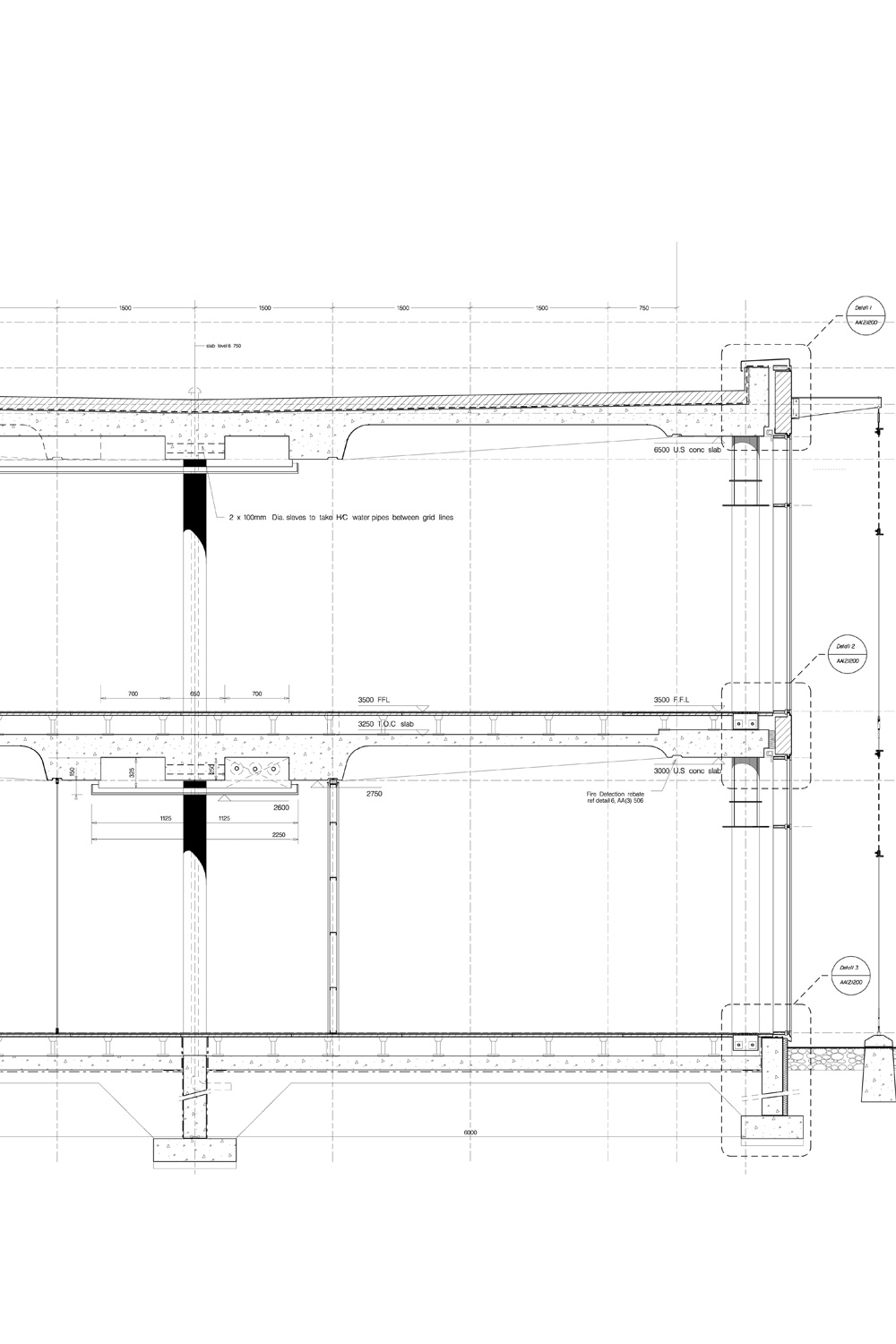 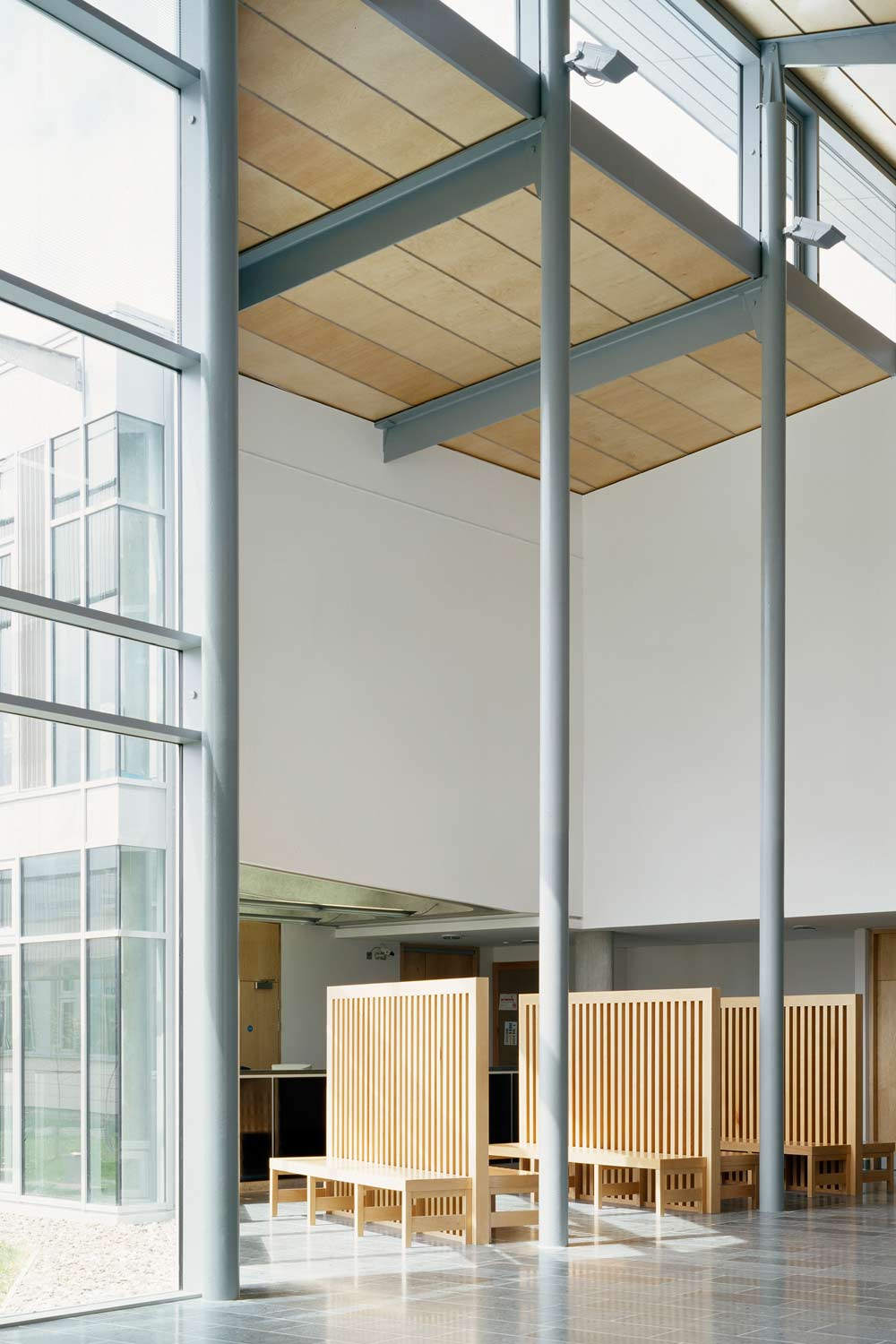 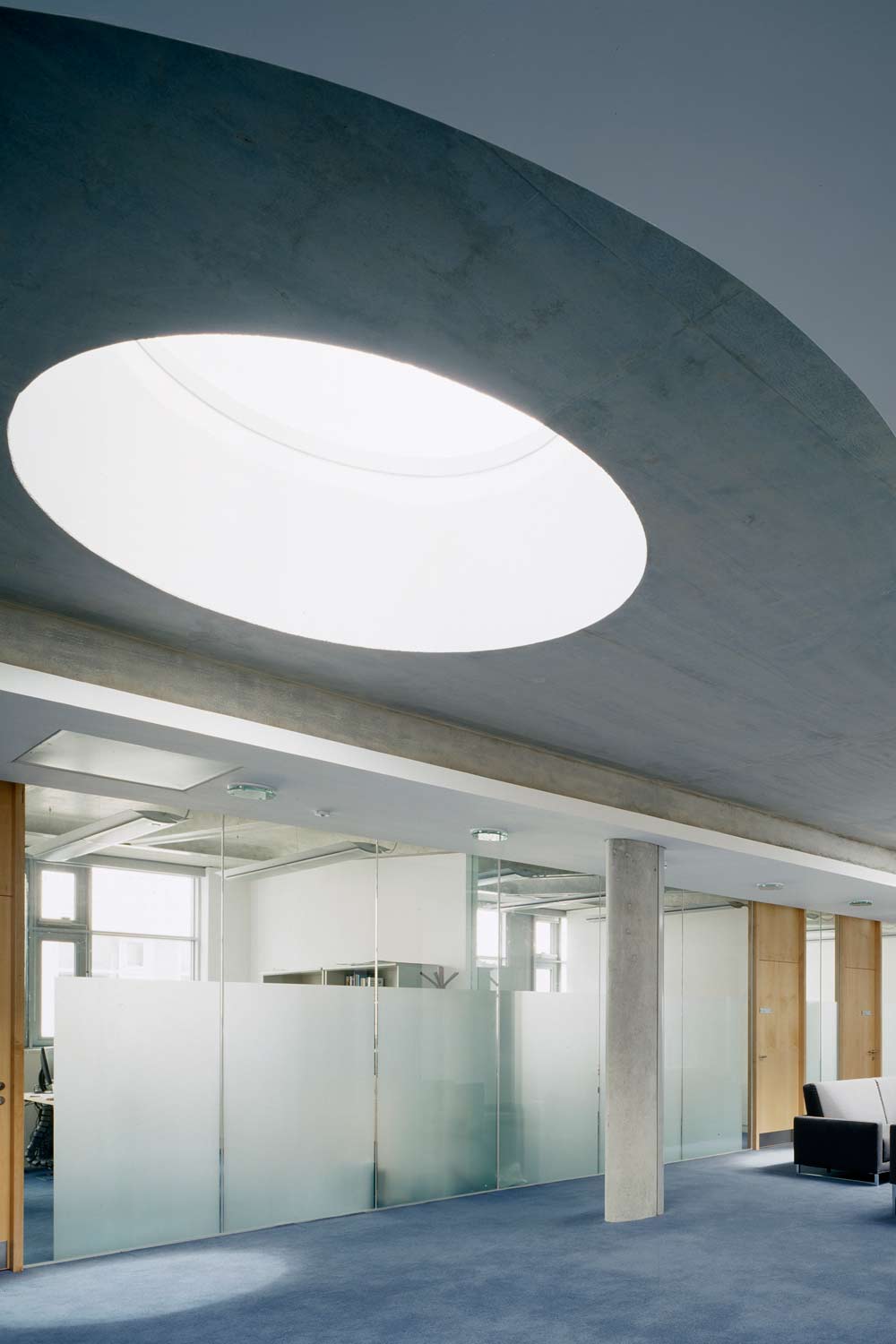 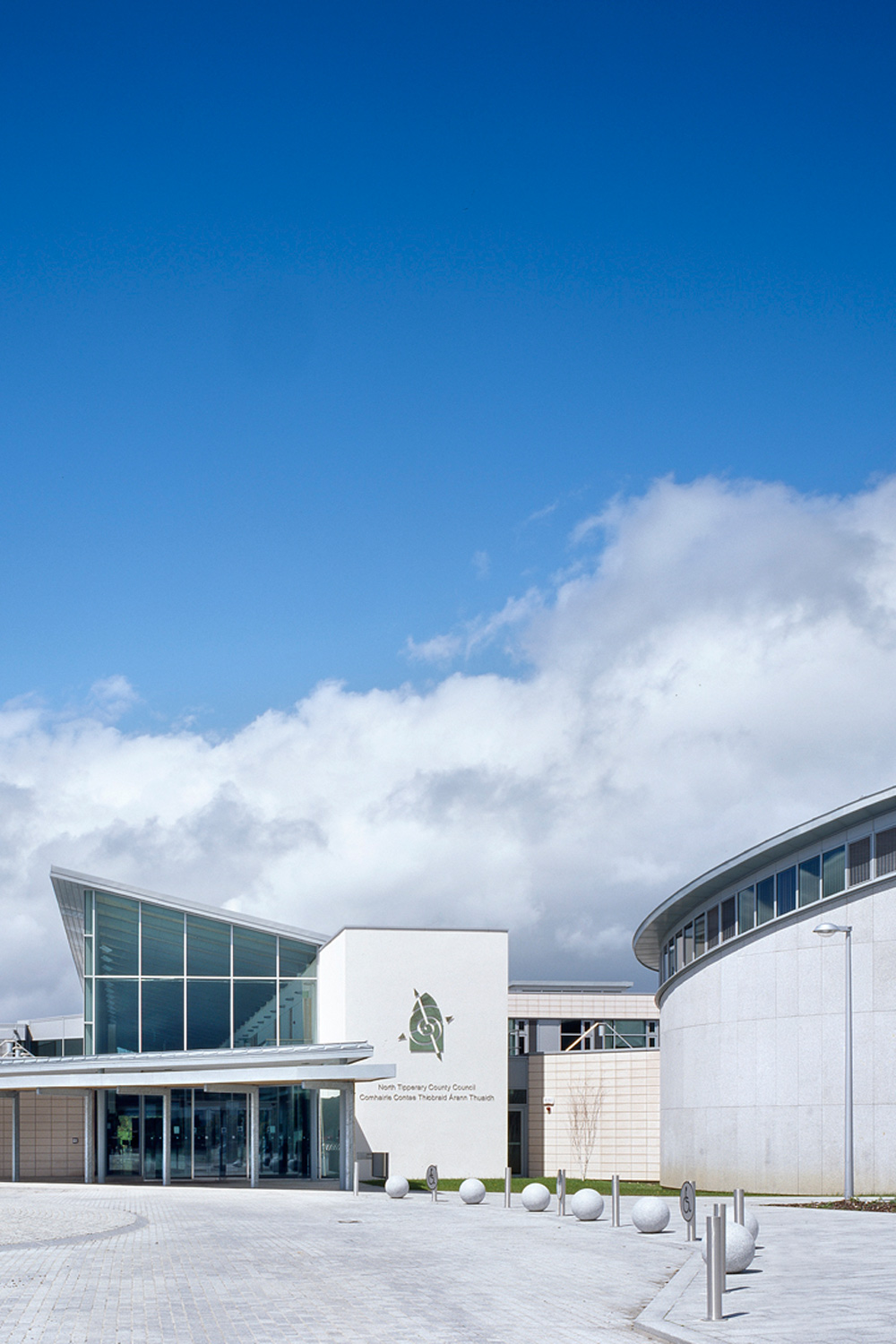 The new Civic offices for North Tipperary County Council located on the perimeter of the town of Nenagh. The design incorporates two council chambers for the County Council and Nenagh Town Council as well as general offices around a double height concourse hall, which runs the length of the building. It also houses offices of the Health Service Executive within a separate wing formed around its own atrium. To the north of the main building, and incorporated into the landscape design, is a Community Crèche for 73 children.

The design, which allows for expansion to include further wings of office accommodation, incorporates natural ventilation strategies as well as geothermal heat exchange loops These are buried under earth berms which supplement heating and cooling cycles through pipes cast into the coffered concrete slabs. External mesh sunscreens provide shading. Solar energy is used to heat WC hot water.

There is extensive landscaping both to reinforce the existing hedgerows and to reinstate some of the natural meadowland which is rapidly disappearing. Hard standing under car parking is allowed to free drain to avoid excessive rainwater runoff.