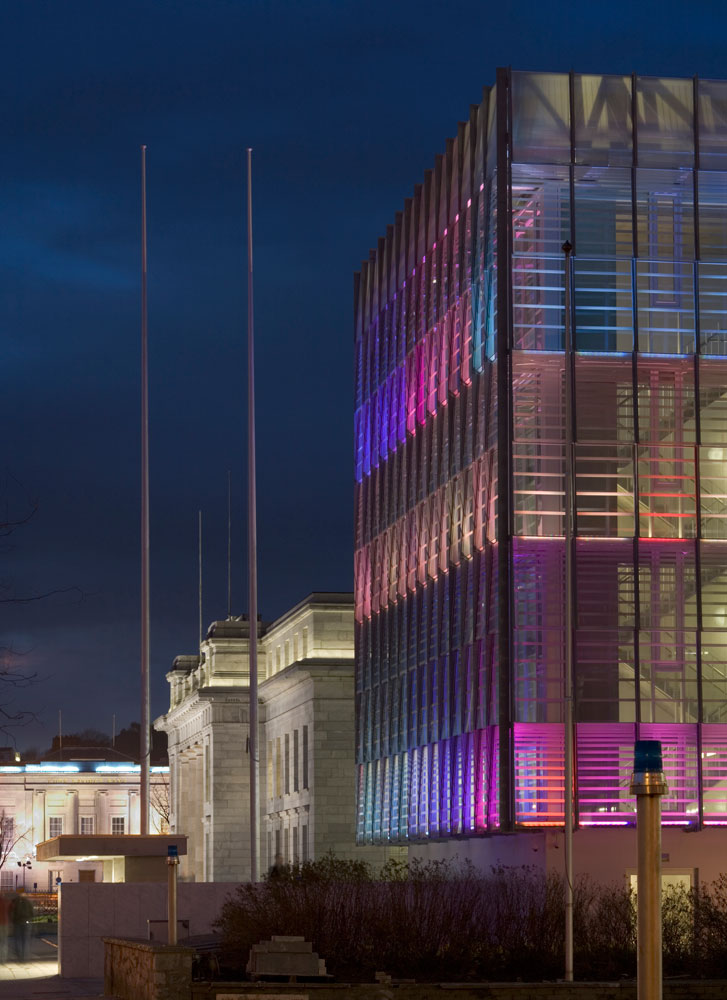 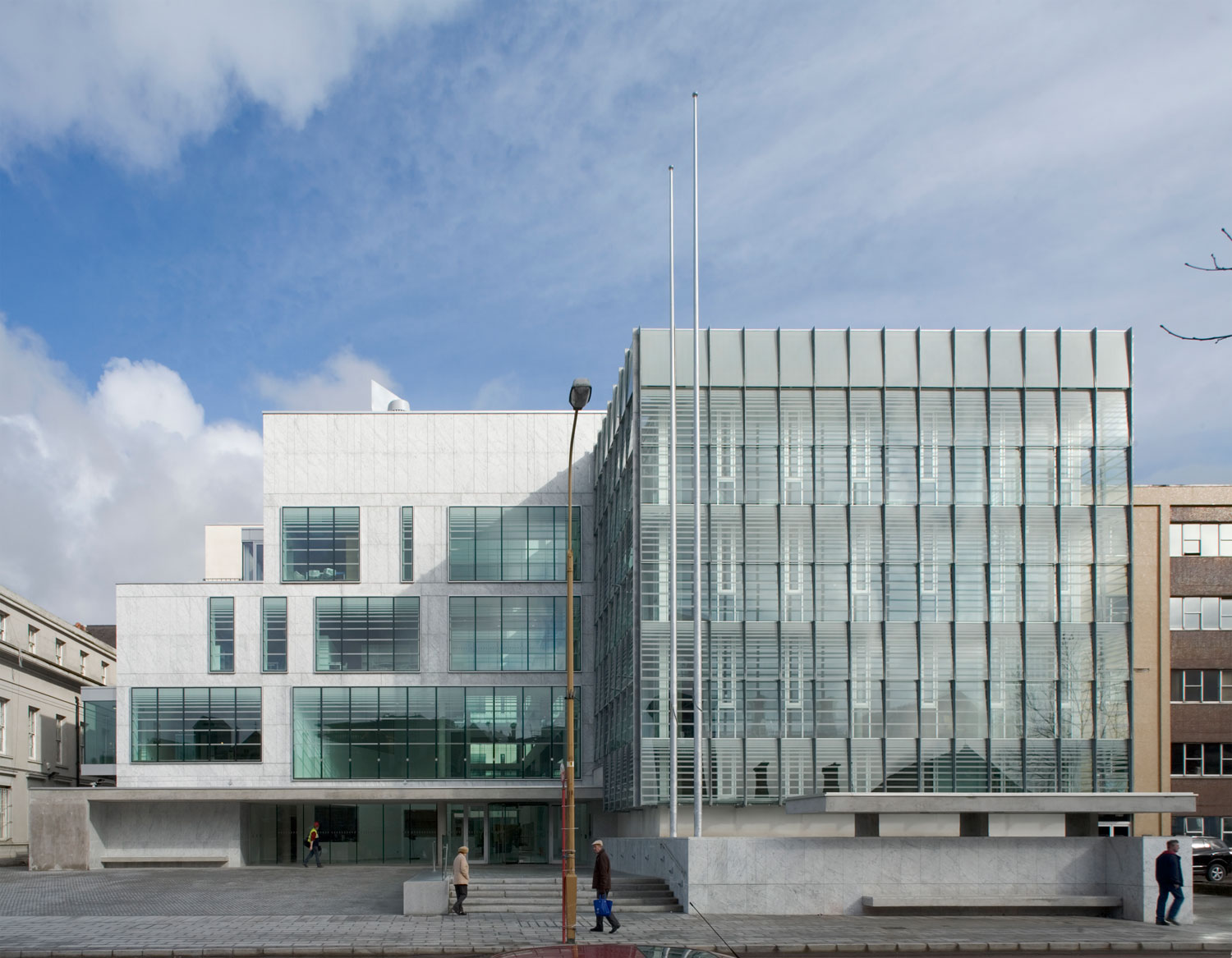 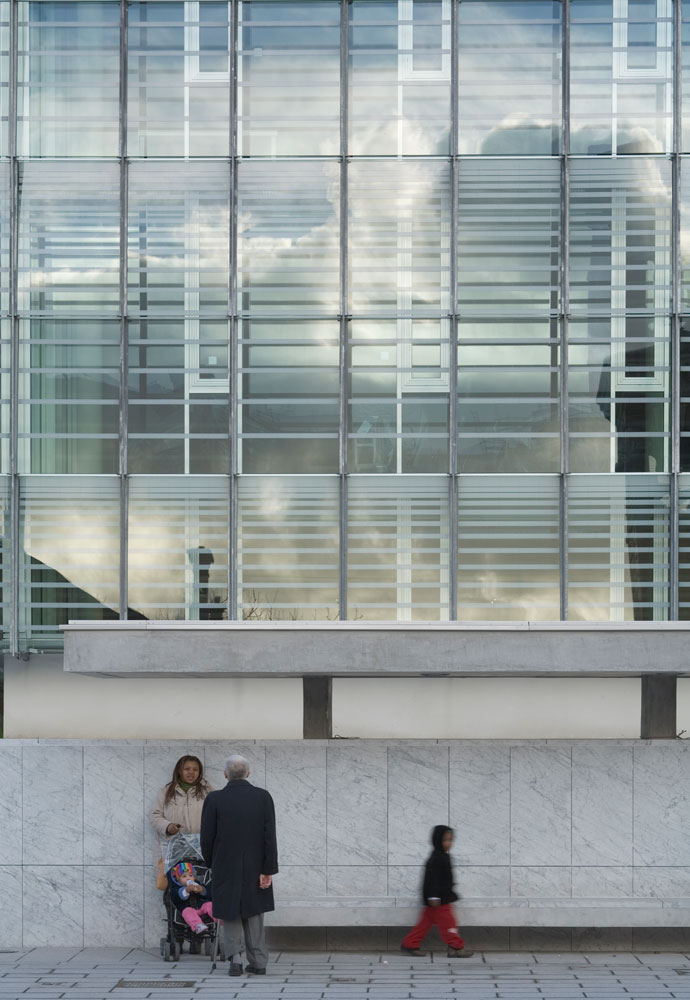 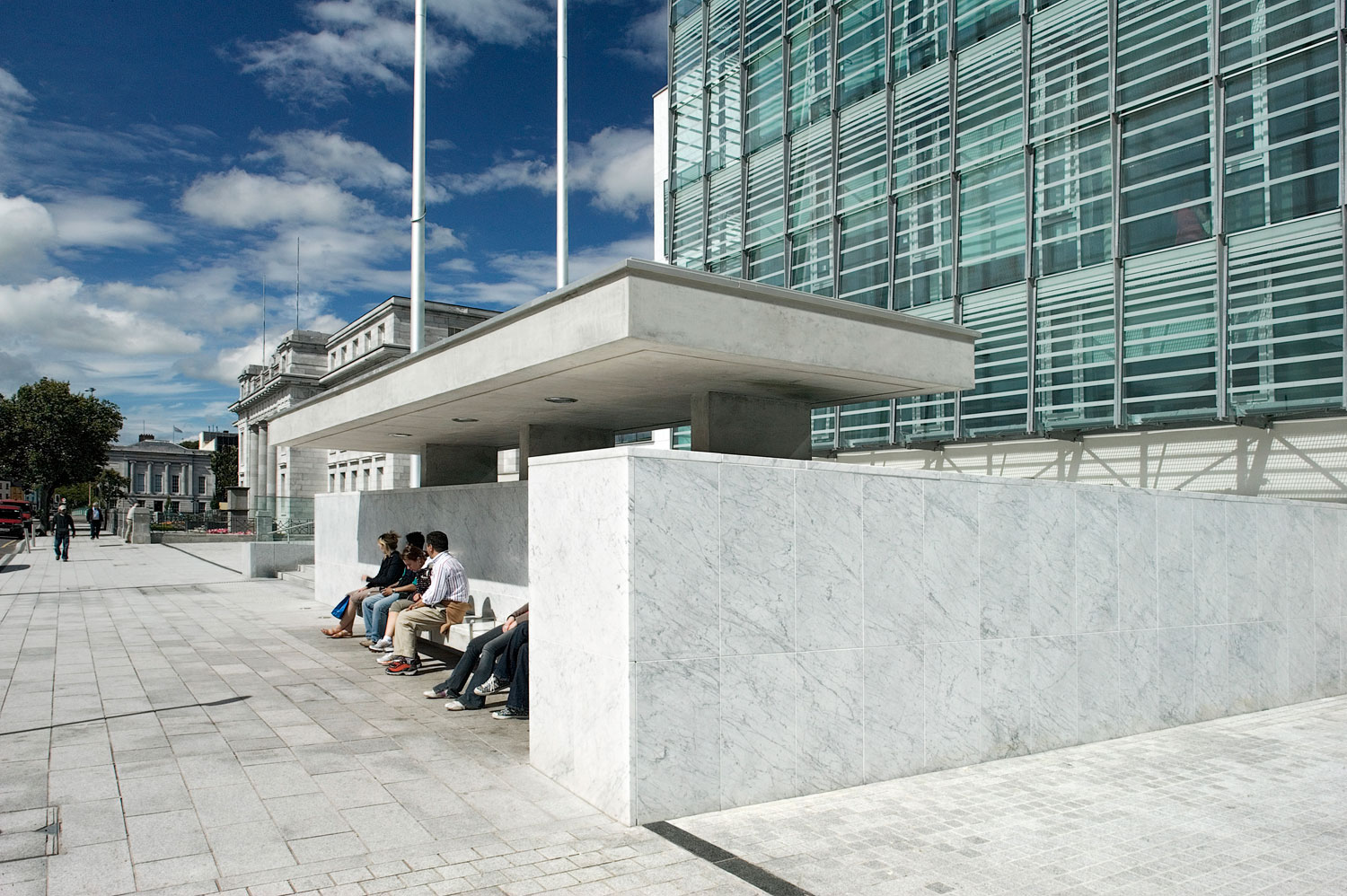 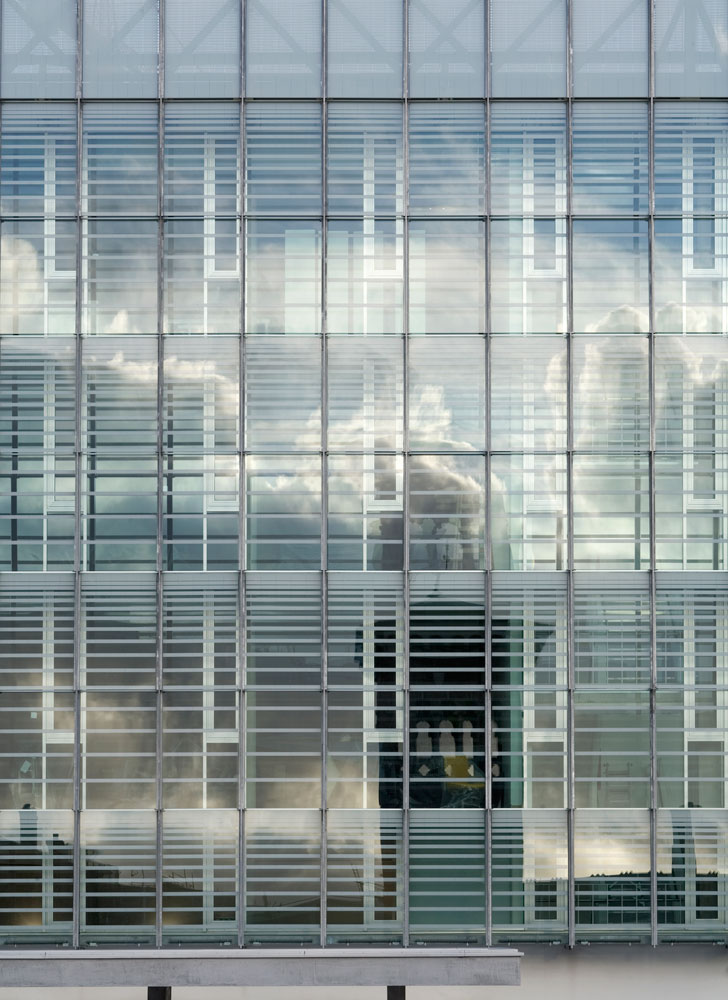 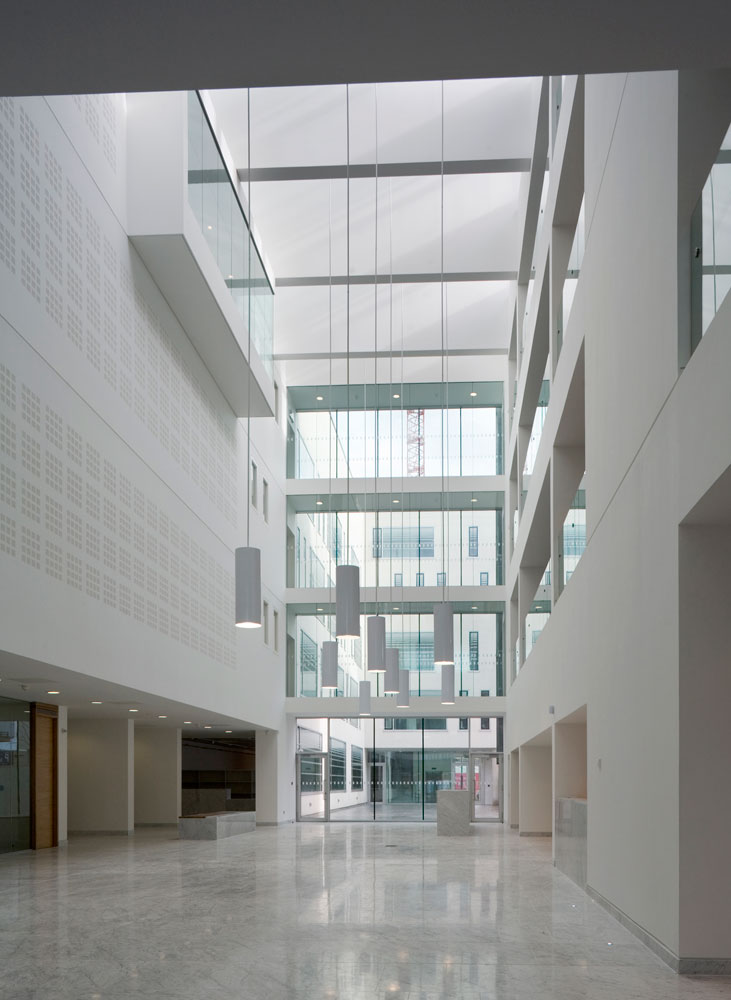 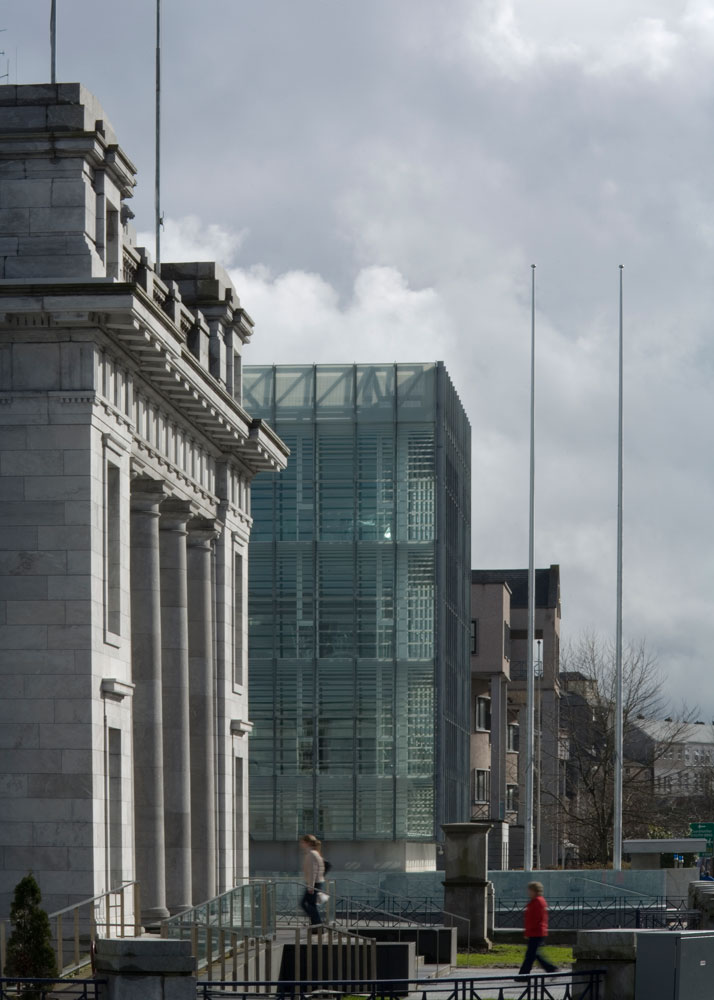 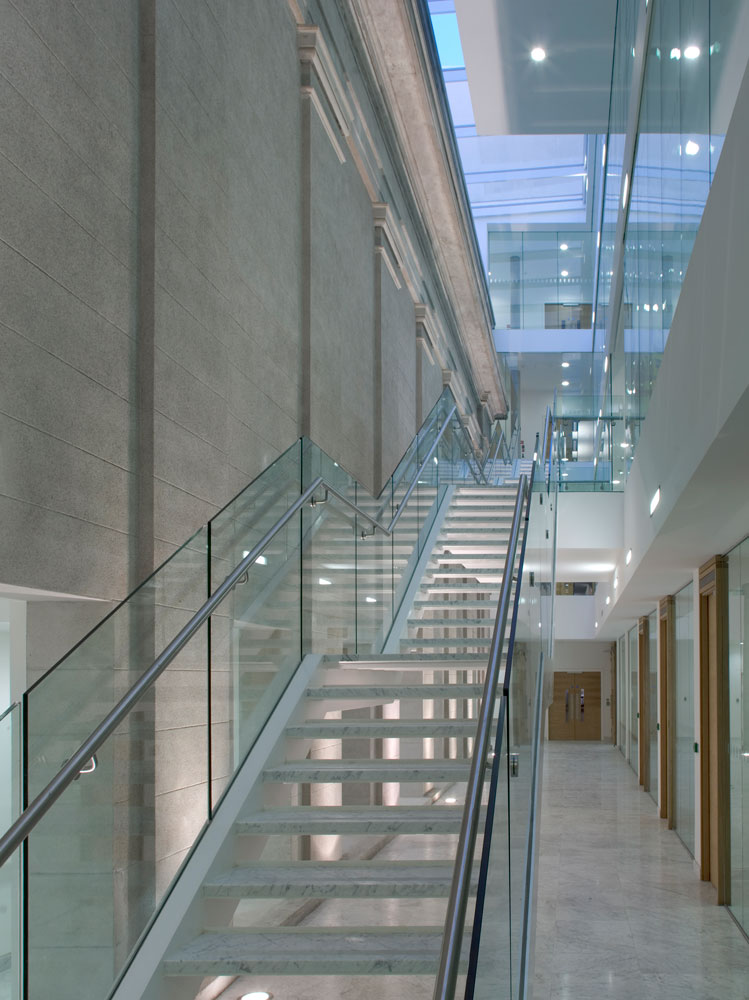 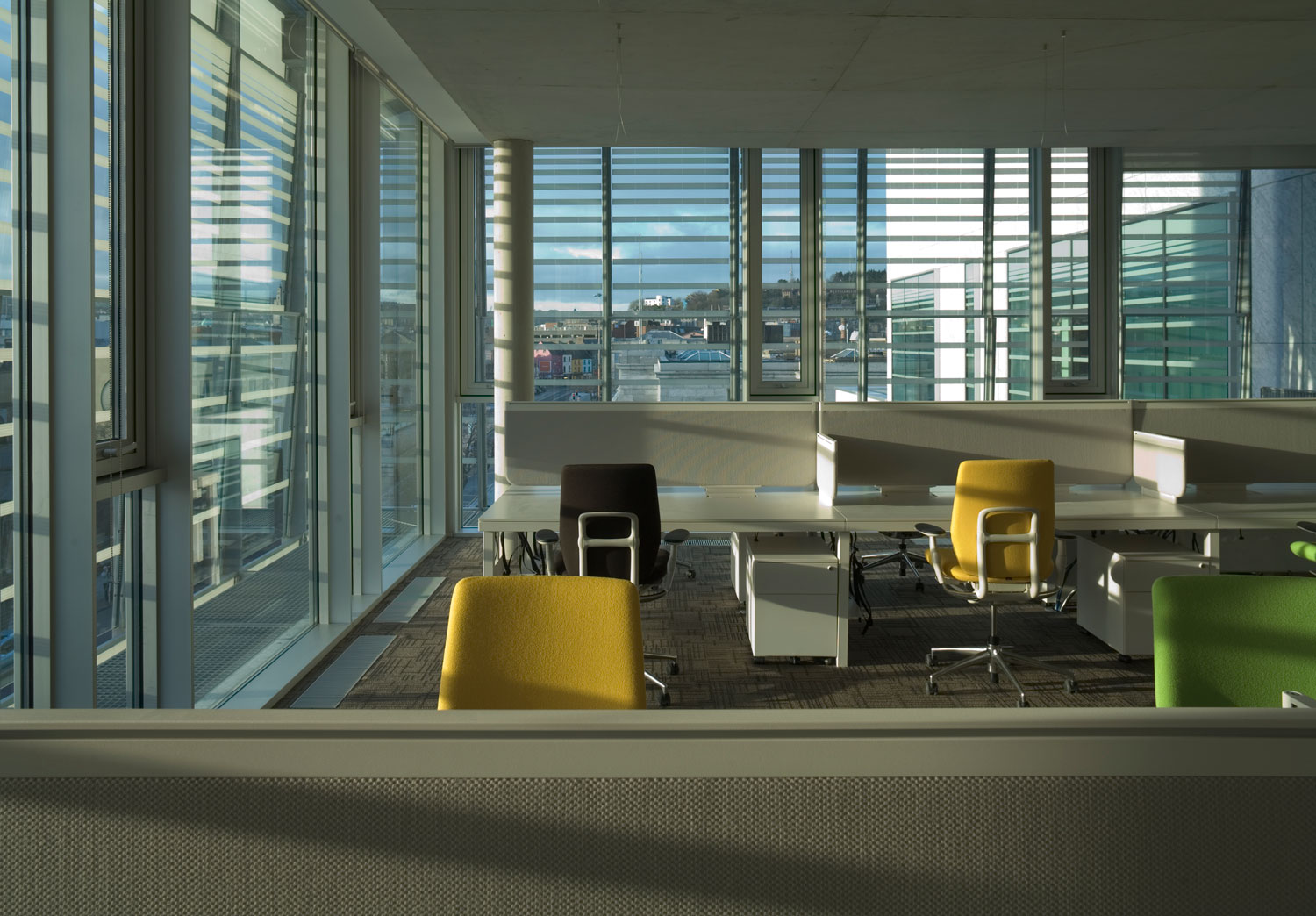 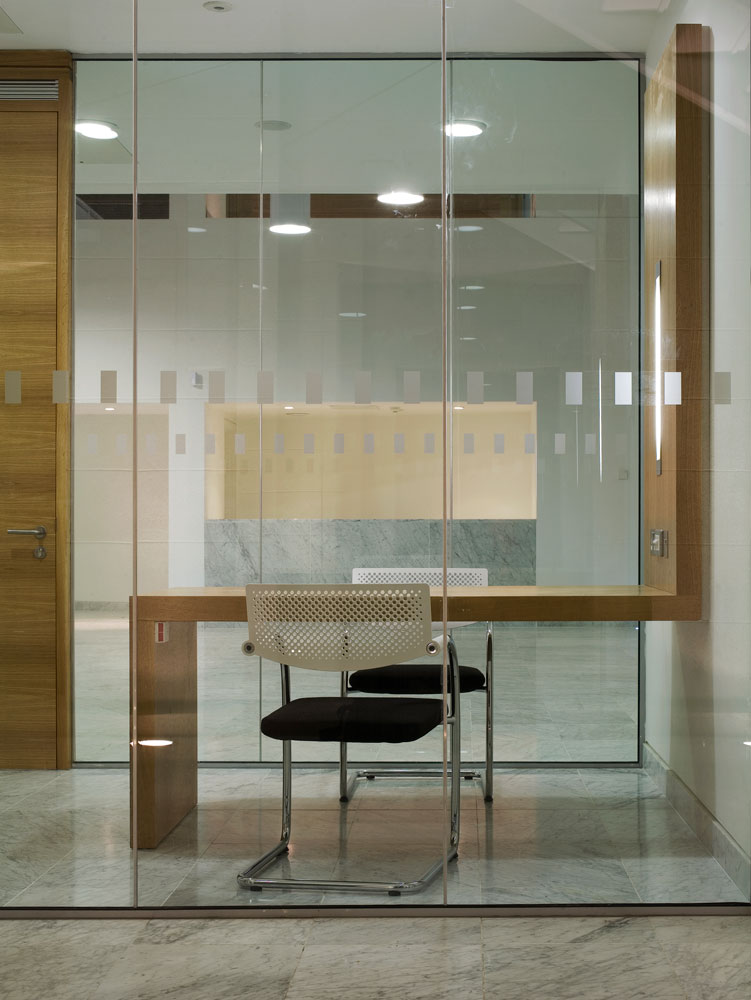 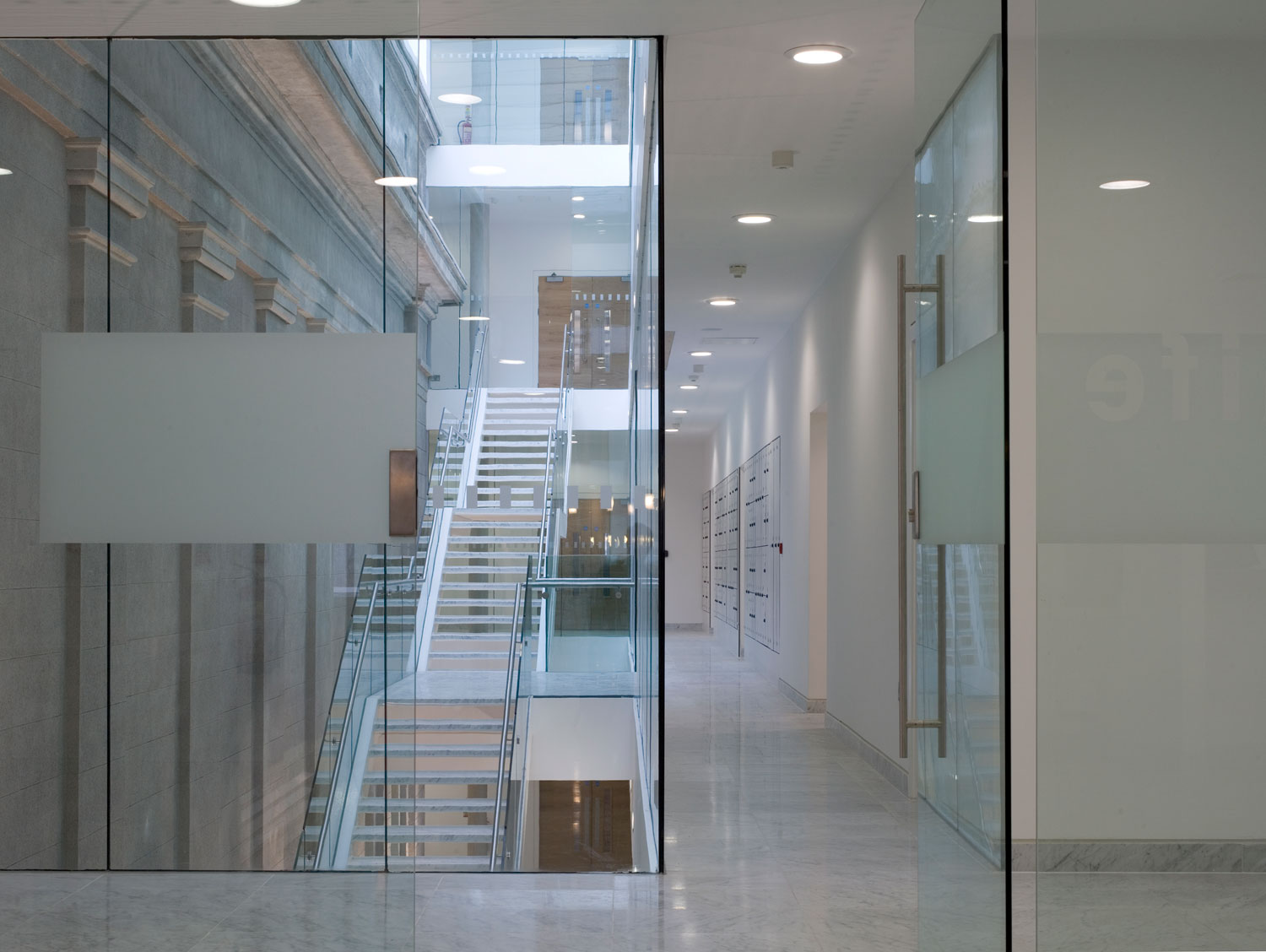 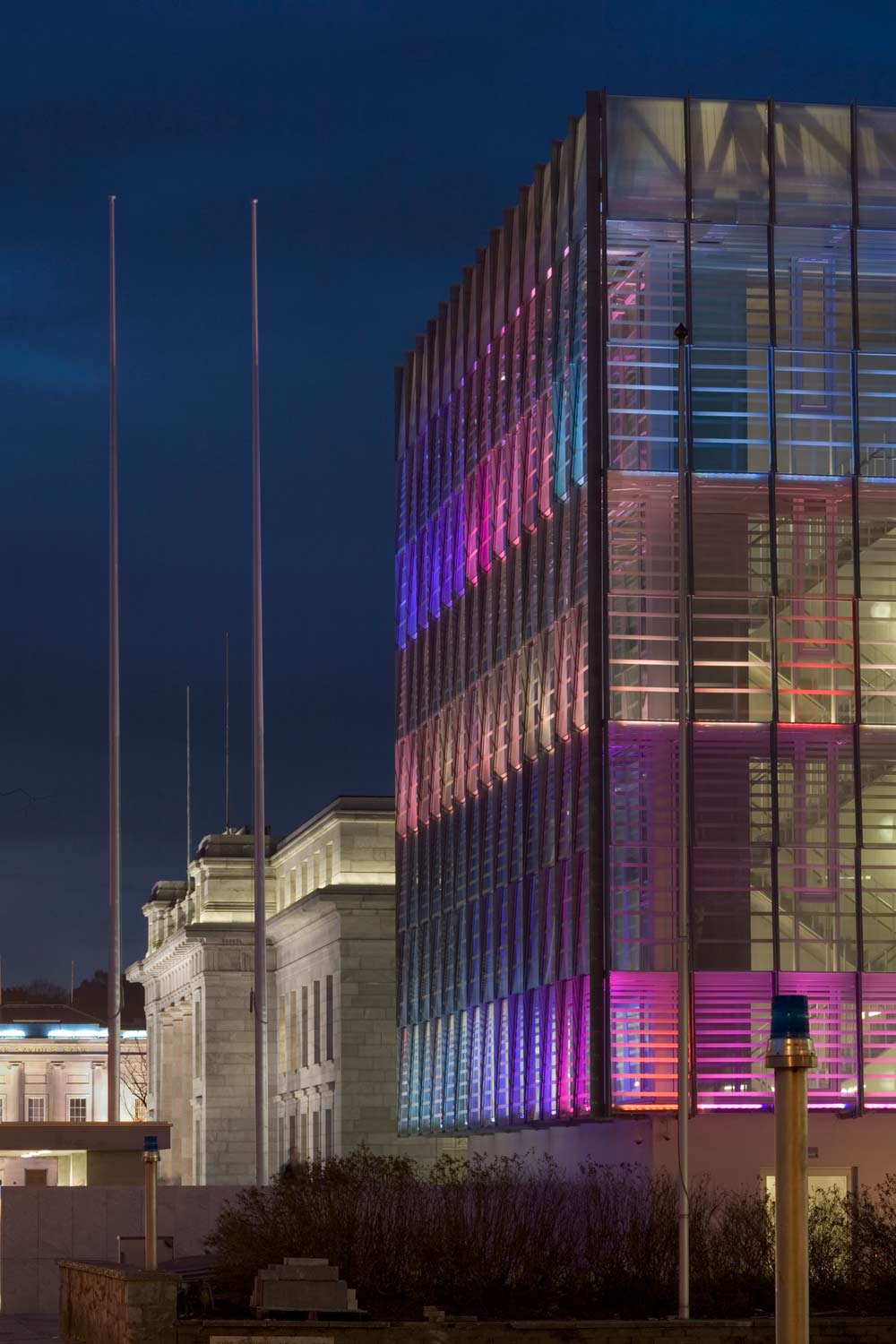 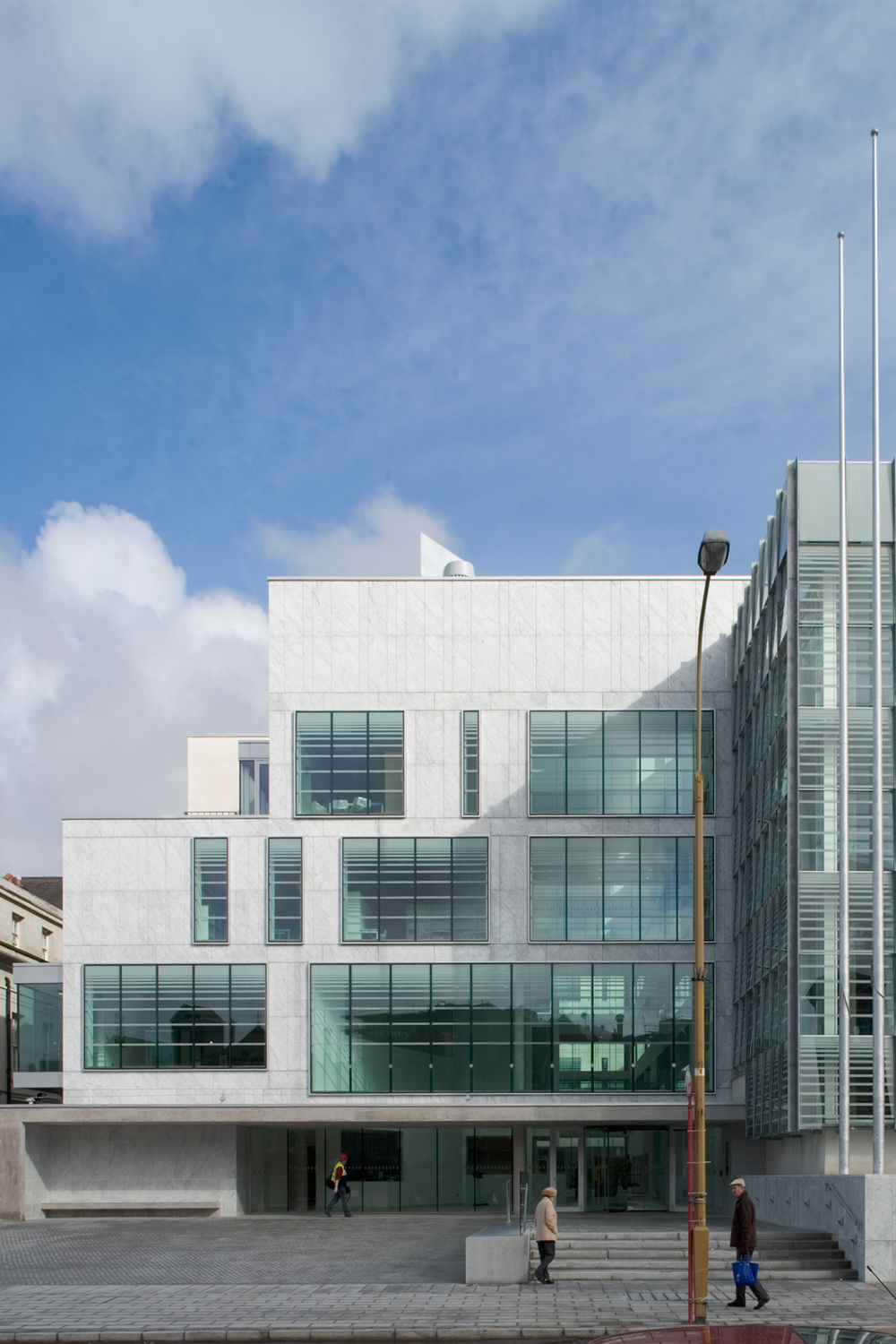 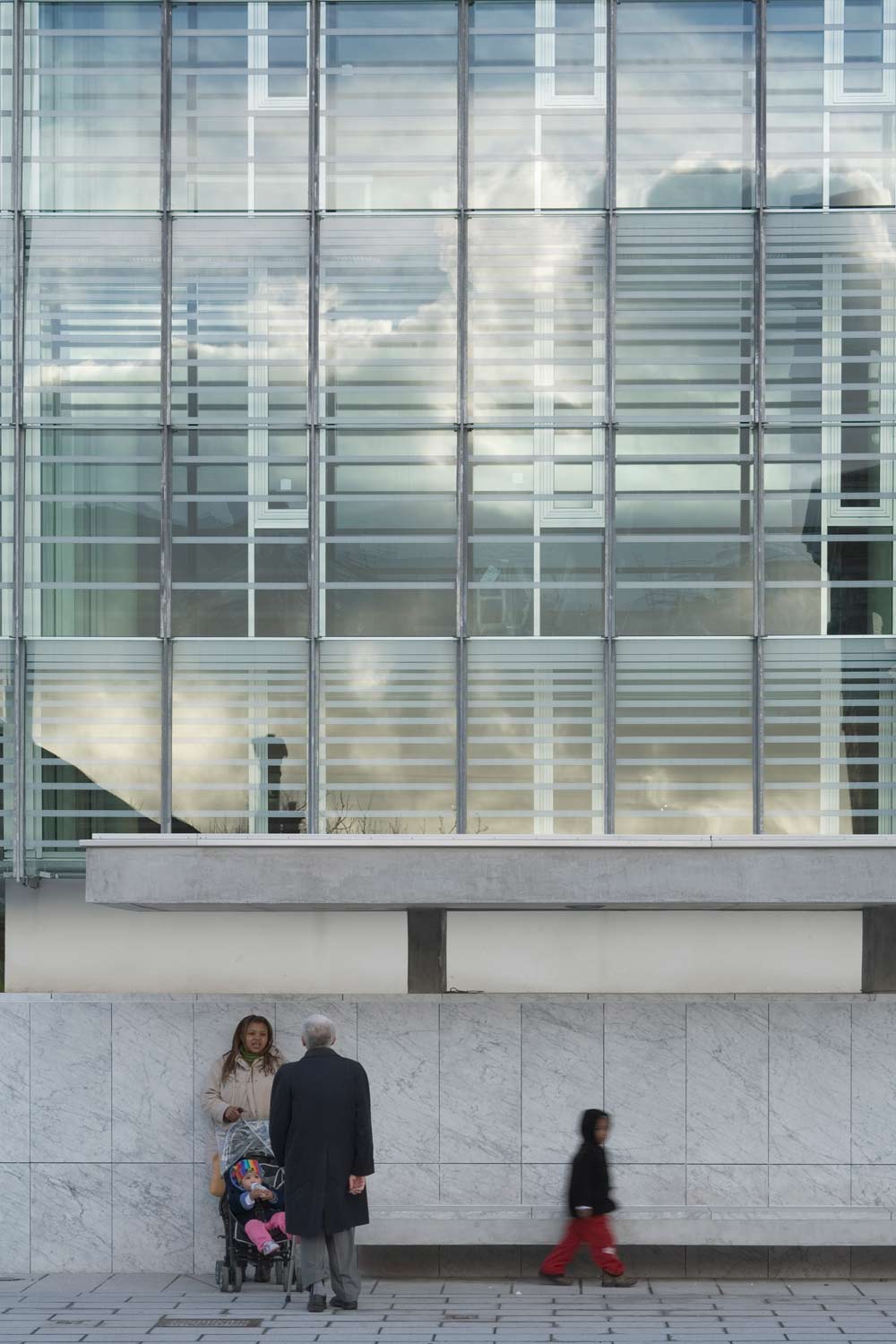 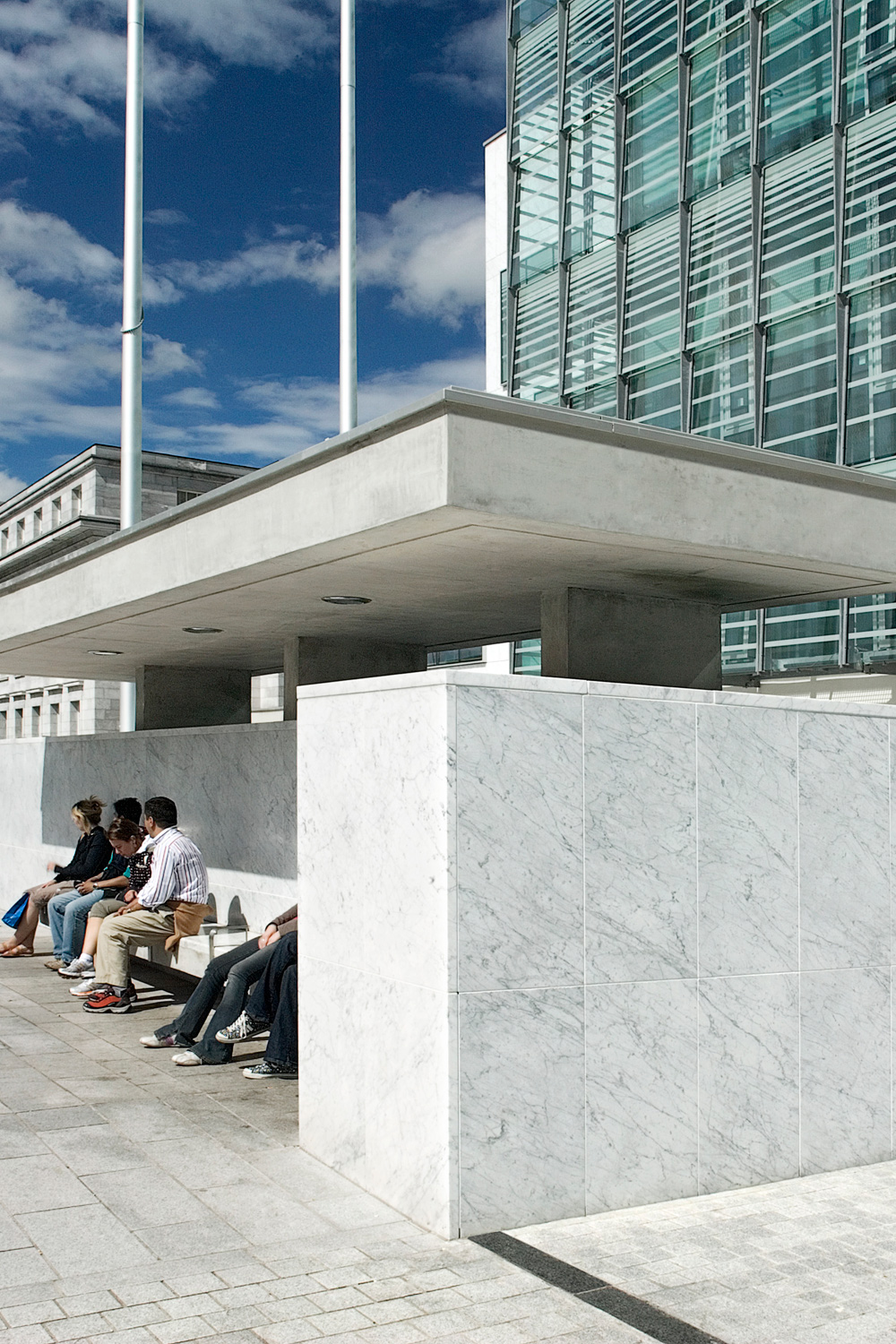 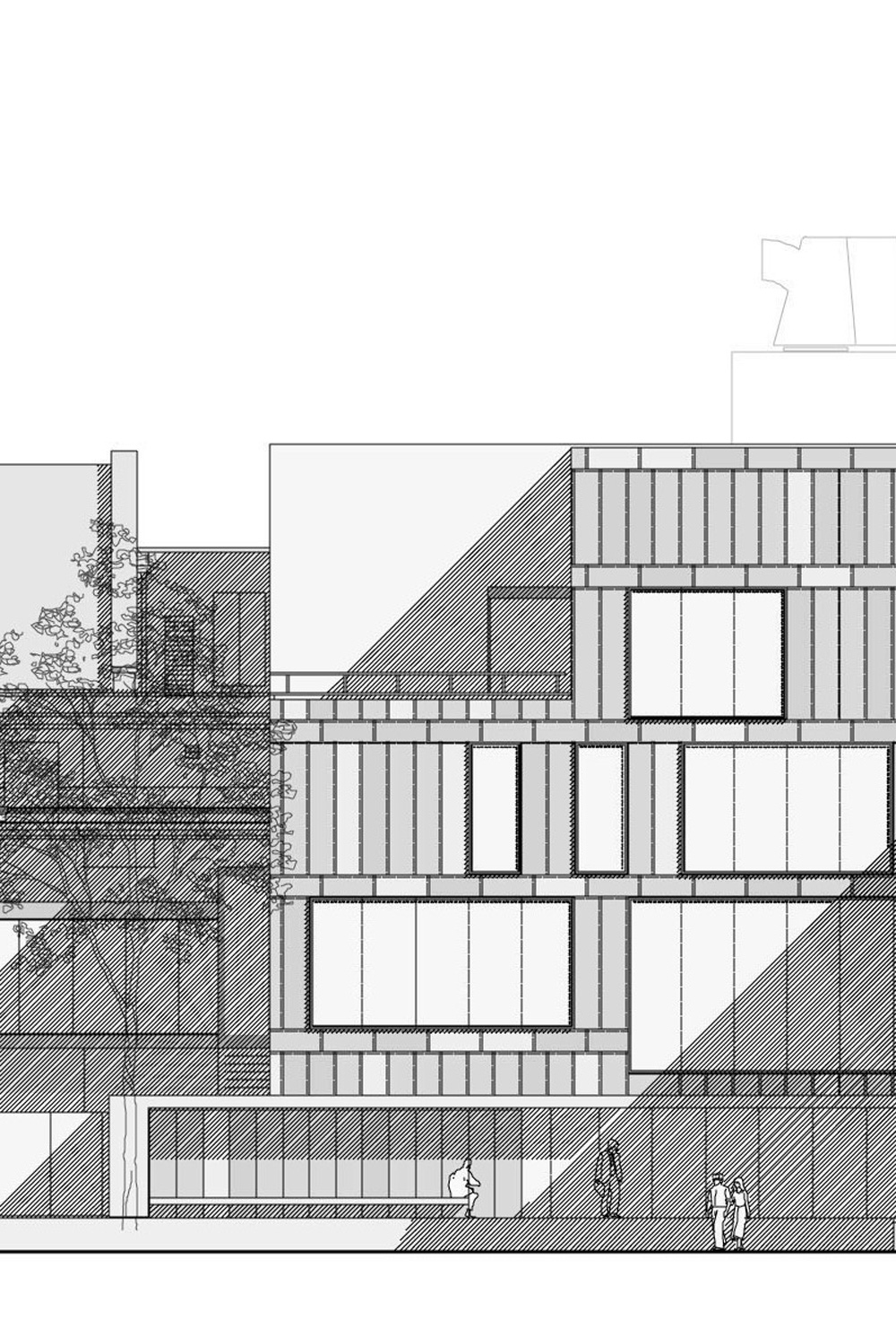 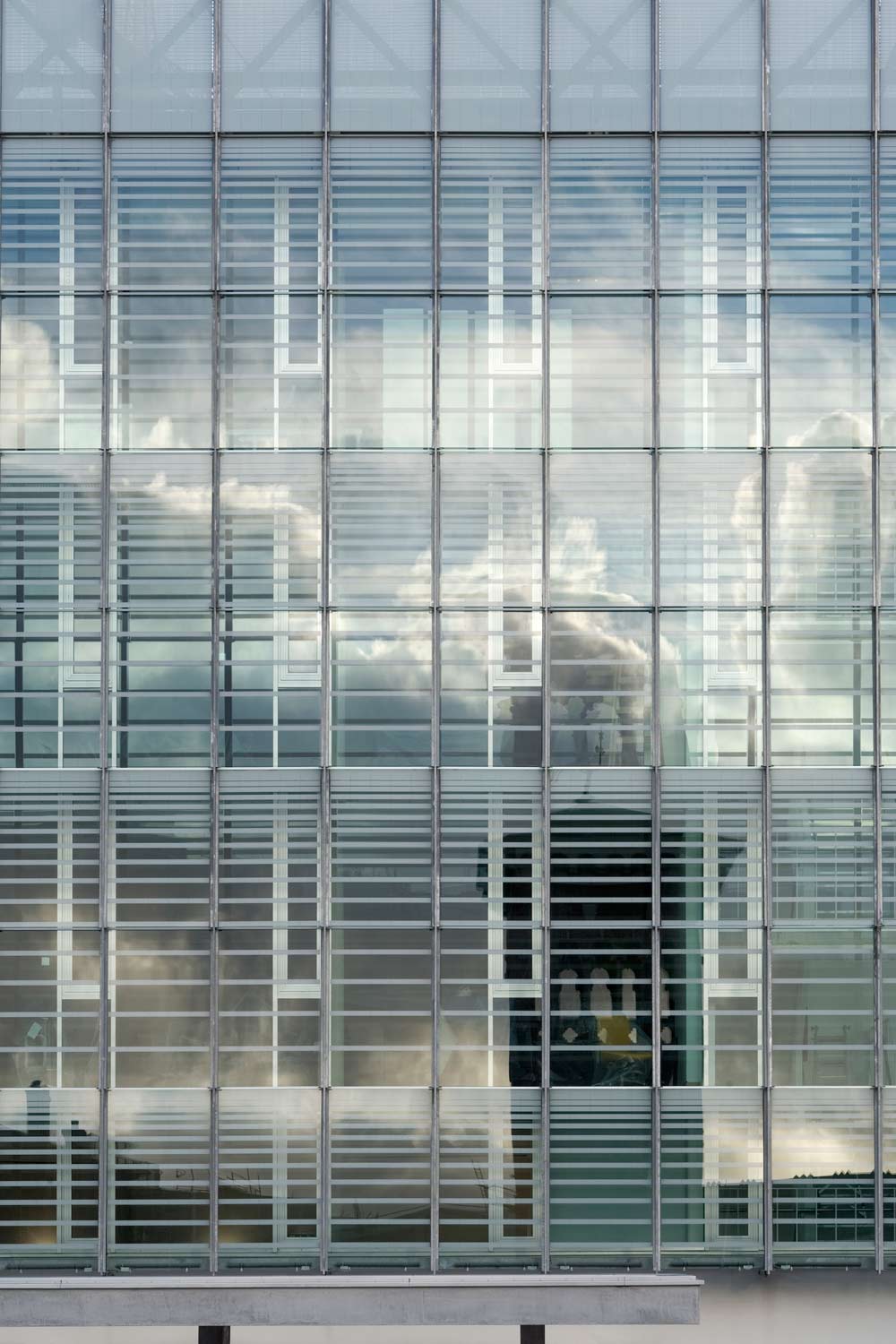 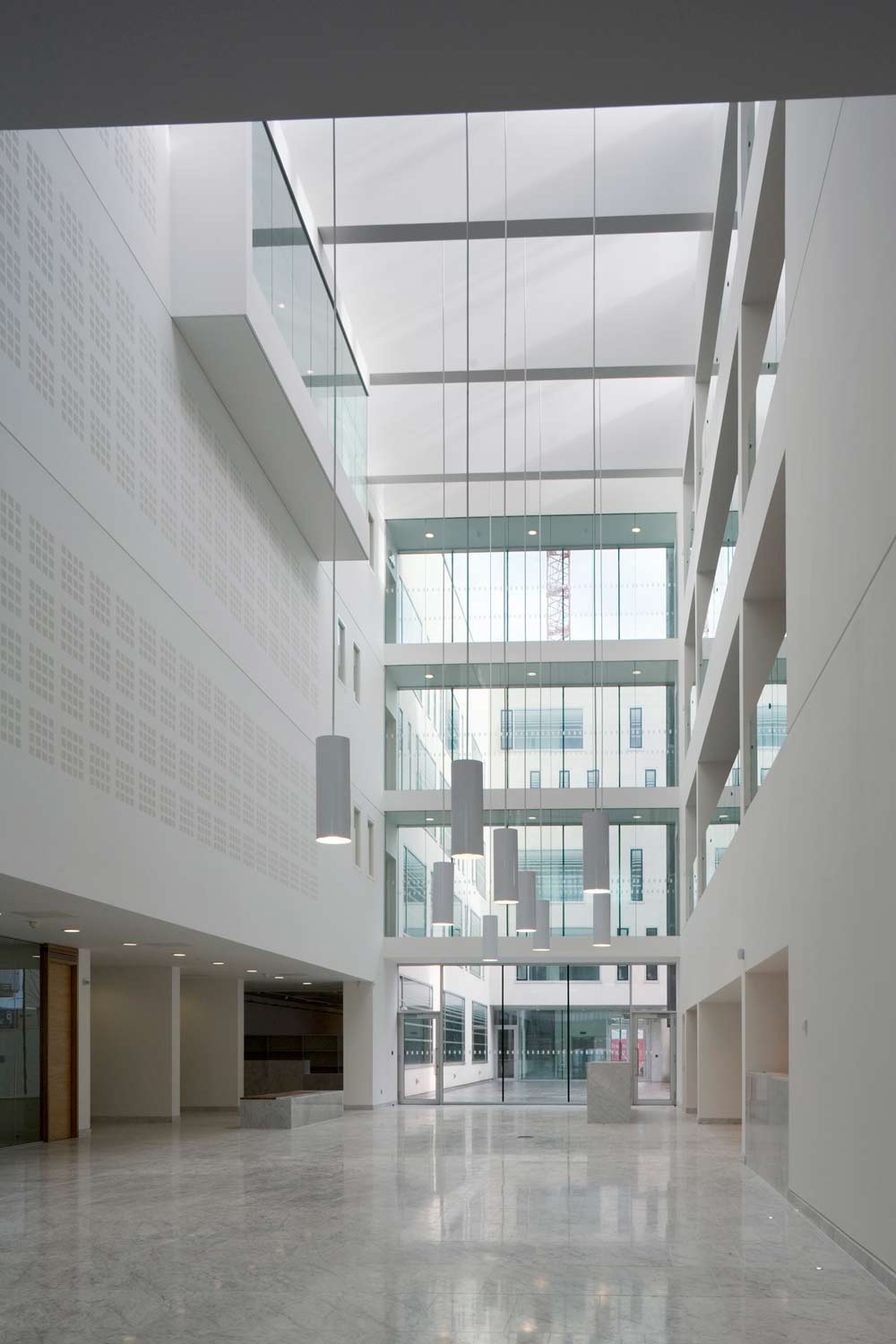 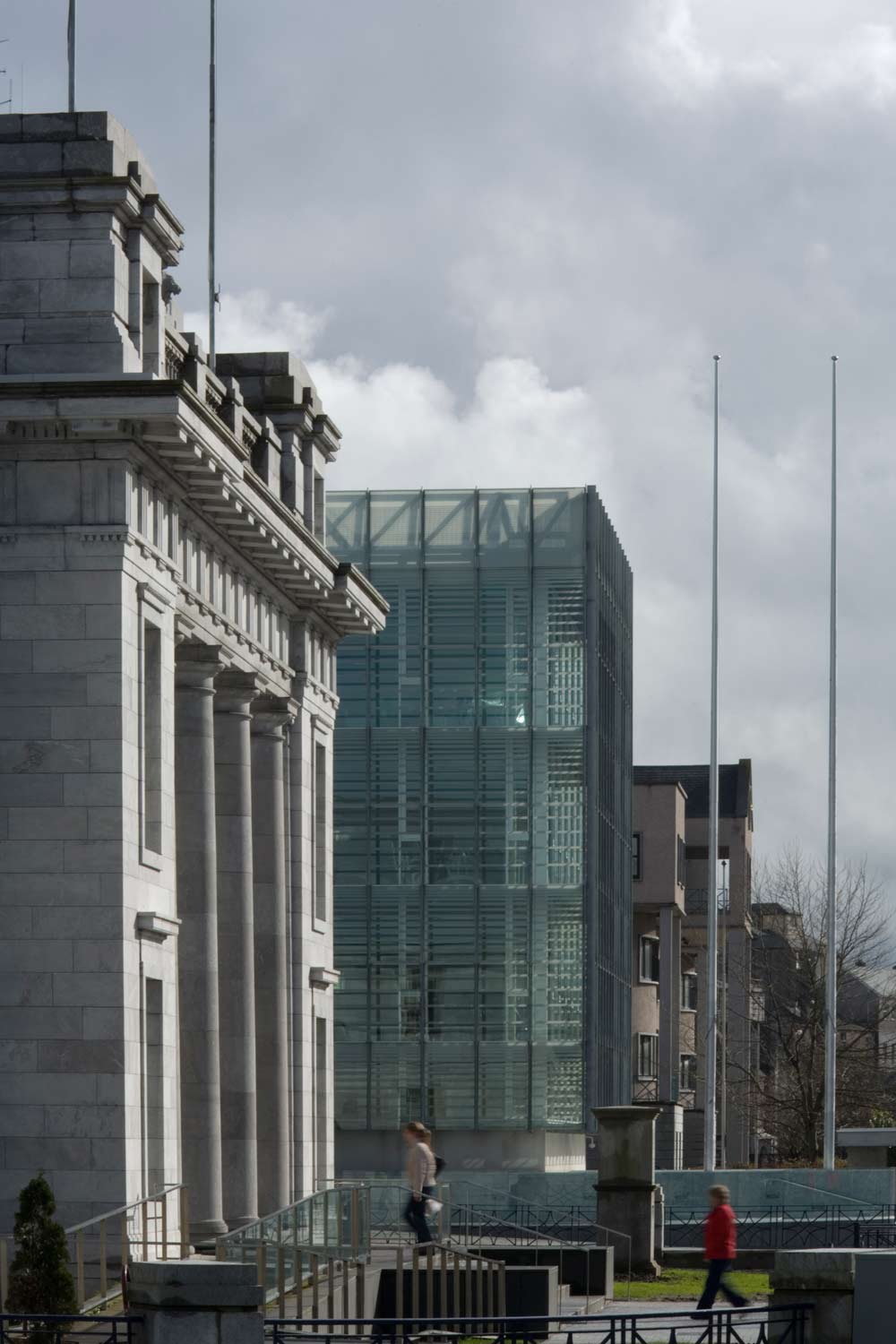 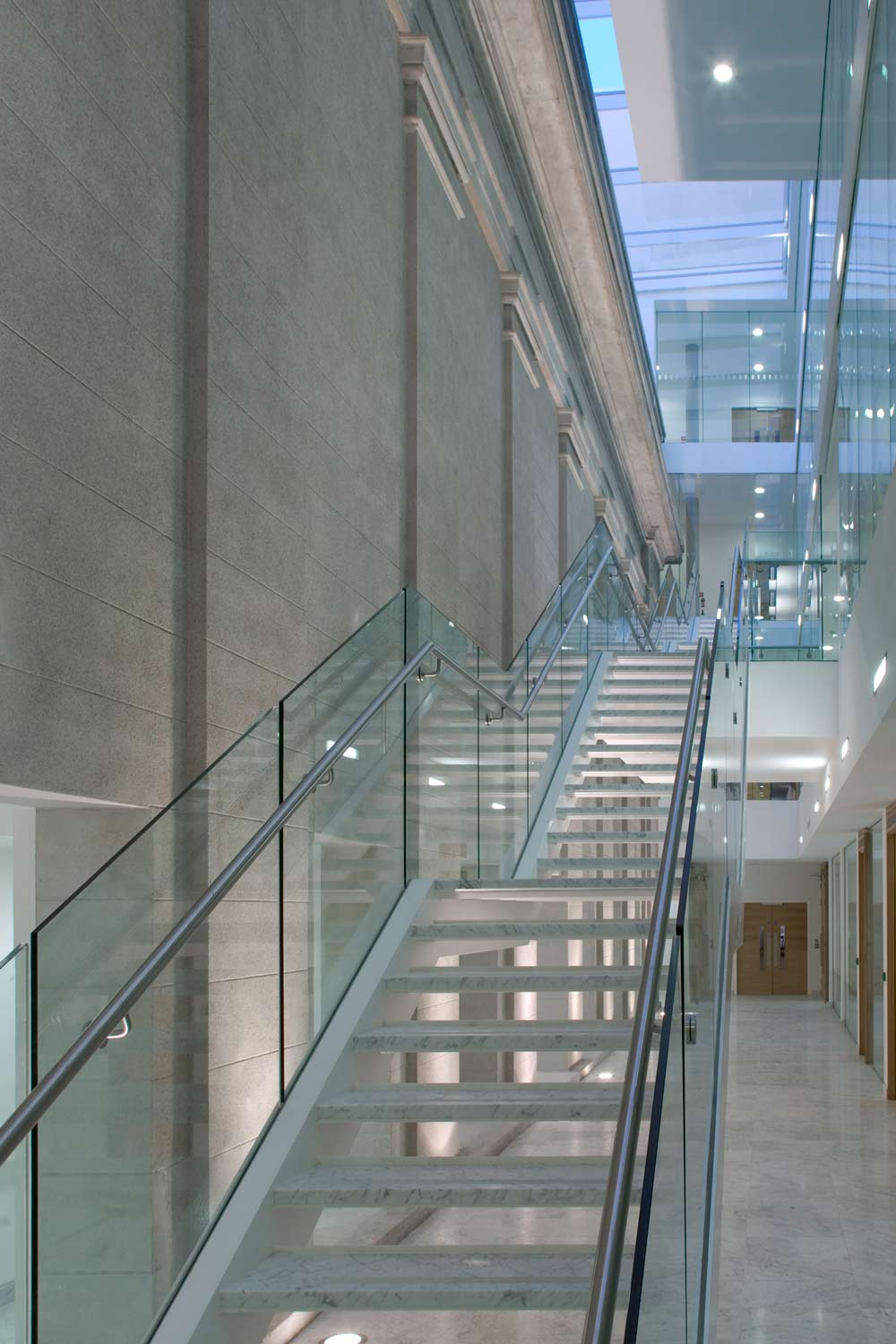 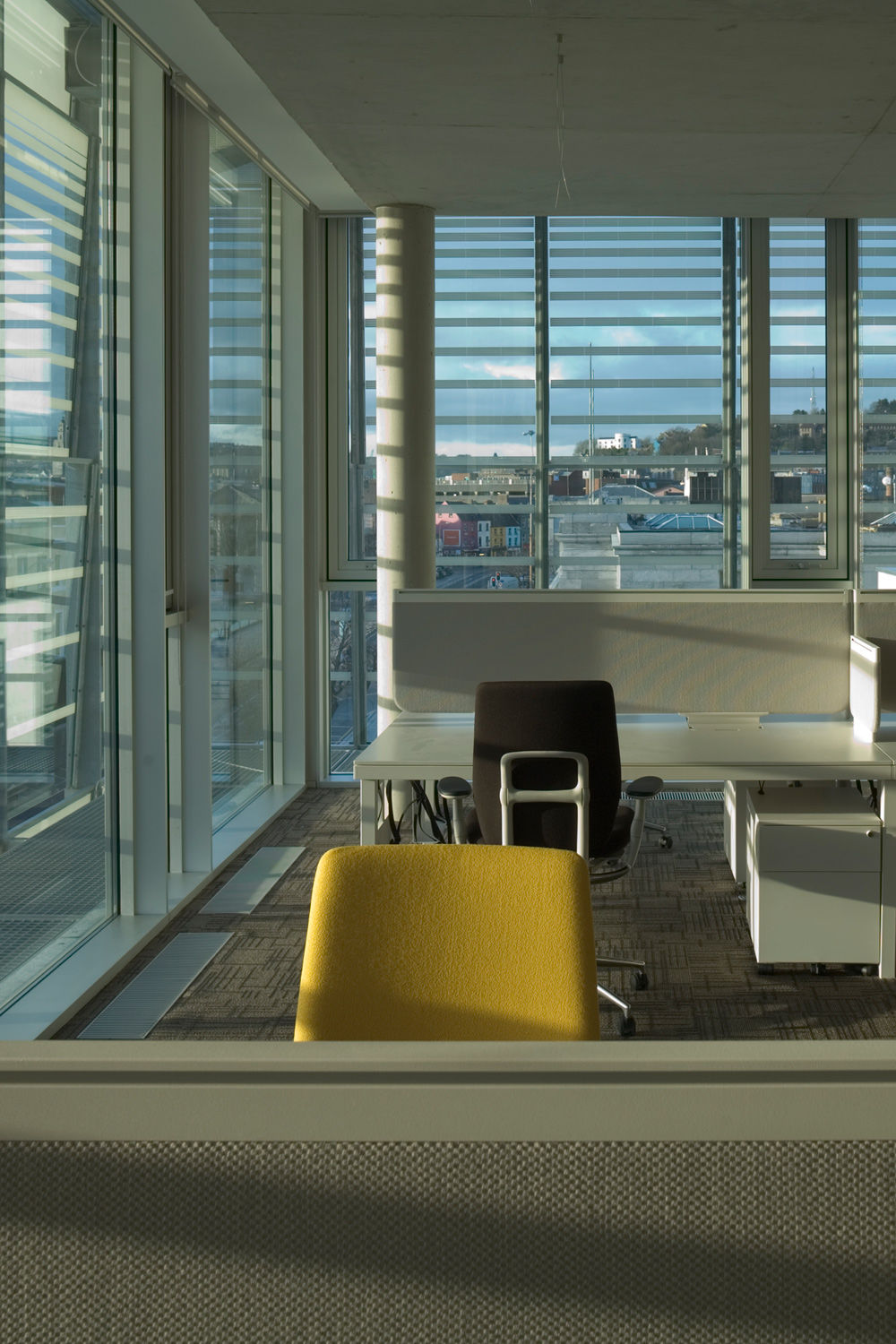 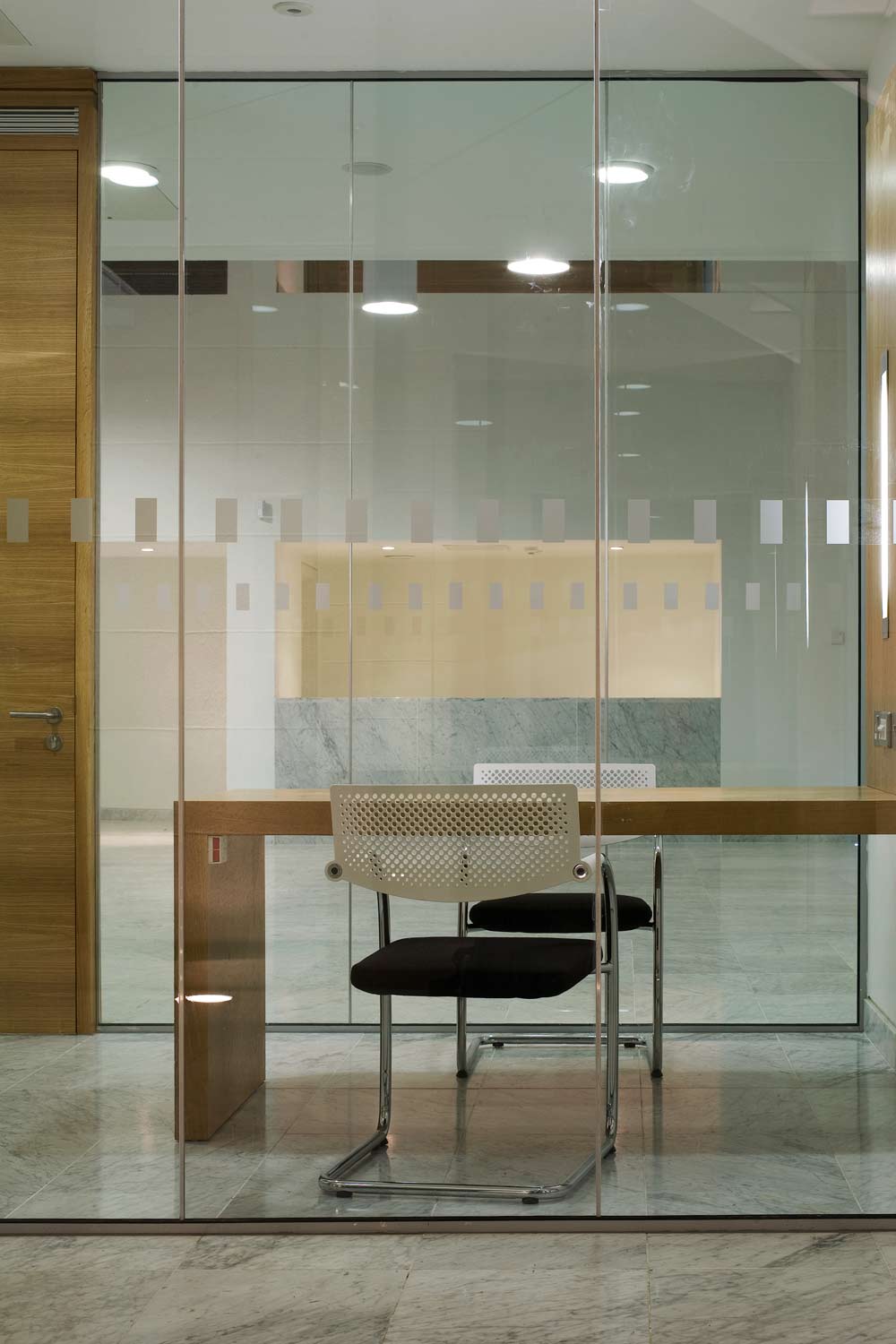 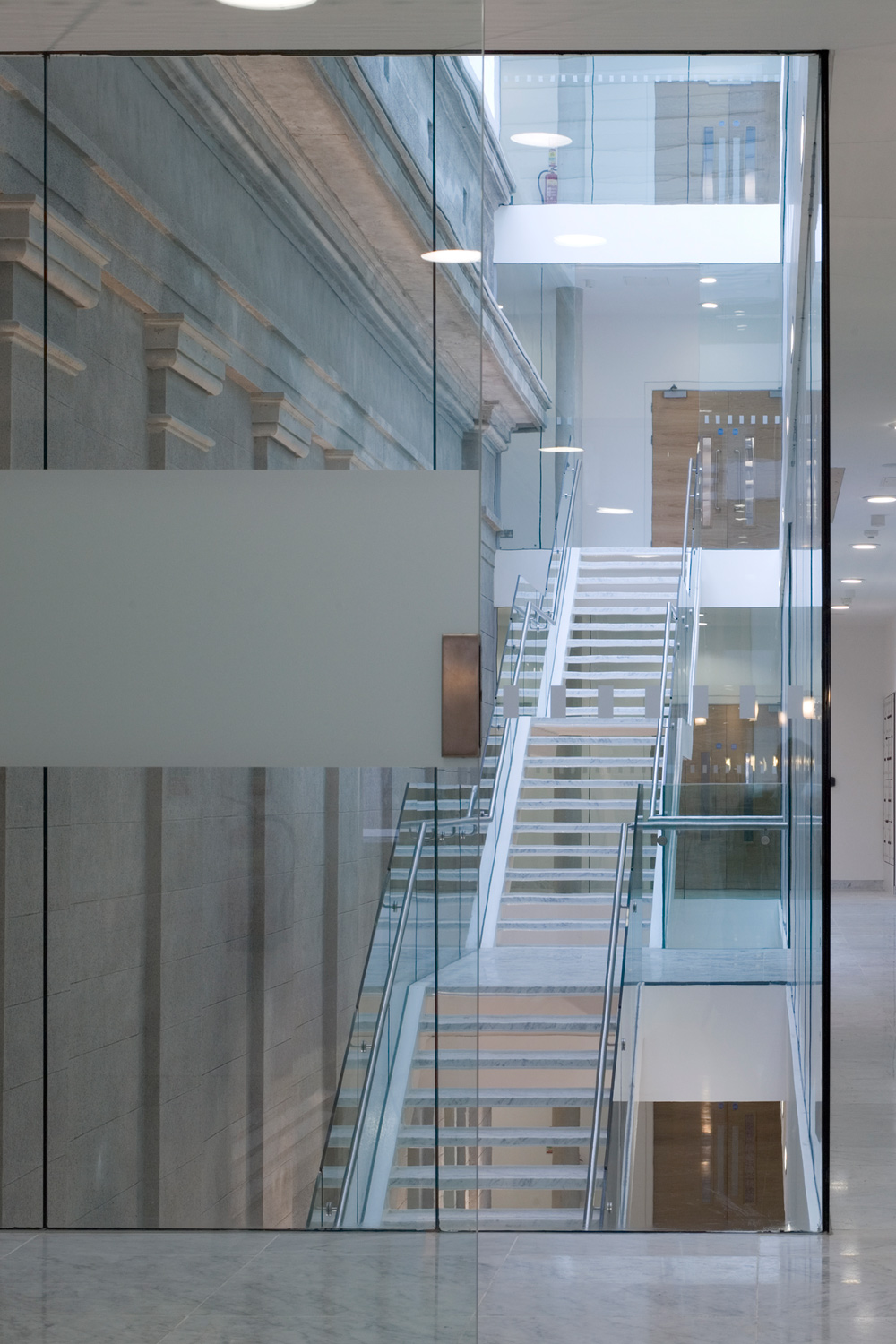 Back to Projects Cork Civic Offices

The project consists of some 9,200m² of office accommodation and support facilities for the City Council together with underground car parking. It is designed as an independent building which engages the existing town hall, built in 1932, to form a cohesive civic office complex for the city of Cork.

A central Civic Hall links the two volumes and adds a new urban space to the city. The project incorporates a number of advanced environmental control systems, including assisted natural ventilation, use of the thermal mass of exposed structure, use of heat-exchangers linked to ground water source, and use of natural day-lighting combined with shading devices.

A solid ‘service block’ forms a connection with the existing building, and is conceived of as a carved volume which embraces or ‘clasps’ the City Hall, forming a link with the existing structure. The second orthogonal, crystal line volume is a translucent addition to the city is conceived of as a lantern – a visible expression ofthe ethos of openness, transparency, and accountability of the City Council.

This Project was completed in March 2007.